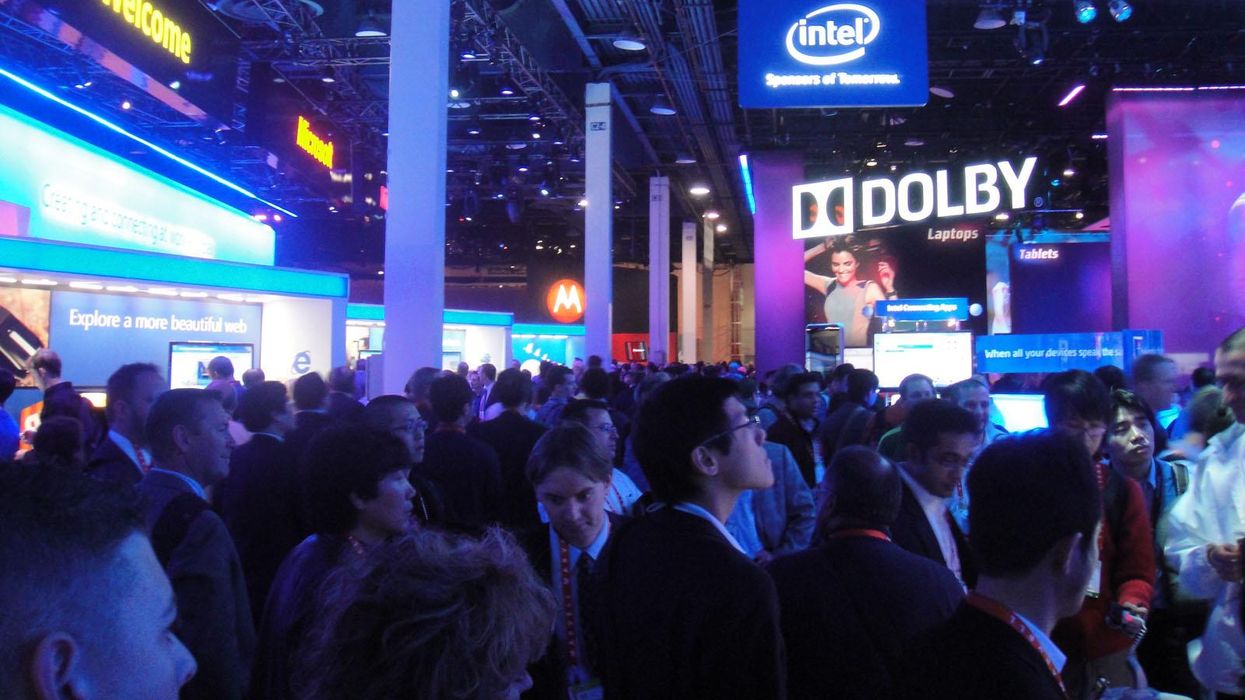 With COVID-19 cases surging to all-time highs, tech giants like Google and Microsoft are among those who have decided they won’t be physically present at CES 2022, the massive annual consumer electronics trade show being held this week in Las Vegas.

But the show must go on. Whether they’ll be there in person or participating virtually, some of Southern California’s most notable tech firms will be taking part in CES—including using the opportunity to unveil new products and services.

Santa Monica-based electric scooter operator Bird is among those who will be in the house at CES. The company has a 3,500-square-foot interactive booth, which will highlight how its scooters positively impact the economies and carbon emissions of more than 350 cities globally. Bird will also be showcasing vehicles including its new electric bike, the Flex e-scooter, and the Birdie Glow children’s kick scooter.

In the realm of electric automobiles, Manhattan Beach-based Fisker will be showcasing its Fisker Ocean all-electric SUV and highlighting the vehicle’s digital radar-enabled driver assistance system. And Playa Vista-based VinFast Automotive will reveal its complete EV lineup, announce prices for its two electric SUVs, and share its plans to cease manufacturing gasoline-powered vehicles by the end of this year.

On the hardware front, San Diego-based wireless technology firm Qualcomm is a prominent presenter at this year’s event; the company is using the opportunity to reveal a partnership with Microsoft on chips for the Seattle giant’s new AR glasses, as well as expanded relationships with automakers Volvo, Honda, and Renault. Irvine-based gaming hardware firm Razer is rolling out new models of its Blade gaming laptop (among an array of other products), and will be livestreaming an in-person event at its RazerStore in Las Vegas on Thursday.

While Qualcomm CEO Cristiano Amon is one of the few major CEOs speaking on-site at CES, other SoCal-based companies have opted instead for a virtual or limited presence. That includes two of the region’s social media giants: Culver City-based social media giant TikTok announced last month that it would be participating digitally “in light of the increase in positive COVID-19 cases across the country,” while Santa Monica-based Snap plans to keep a small presence at CES, primarily for managing sales meetings.

The world of crypto and blockchain technology will also be represented at CES. One of L.A.’s most notable NFT companies, Blockparty, will be in attendance and recently announced the launch of its new app just in time for the expo. The app allows content creators to securely connect an NFT to a physical object and tokenize physical goods.

This year’s hybrid edition of CES, which runs Jan. 5-7, will be more abbreviated than the usual four-day affair. “We are shortening the show to three days and have put in place comprehensive health measures for the safety of all attendees and participants,” Gary Shapiro, president and CEO of the Consumer Technology Association (CTA), the event’s organizer, said in a press release.

Still, more than 2,200 exhibitors are expected to attend in-person following last year’s virtual-only event. The CTA is providing attendees with a complimentary Abbott BinaxNow COVID-19 self-testing kit to test for the virus within 24 hours of entering the venue. For international attendees, there will be complimentary PCR testing for those who require a test to travel abroad after the show ends.