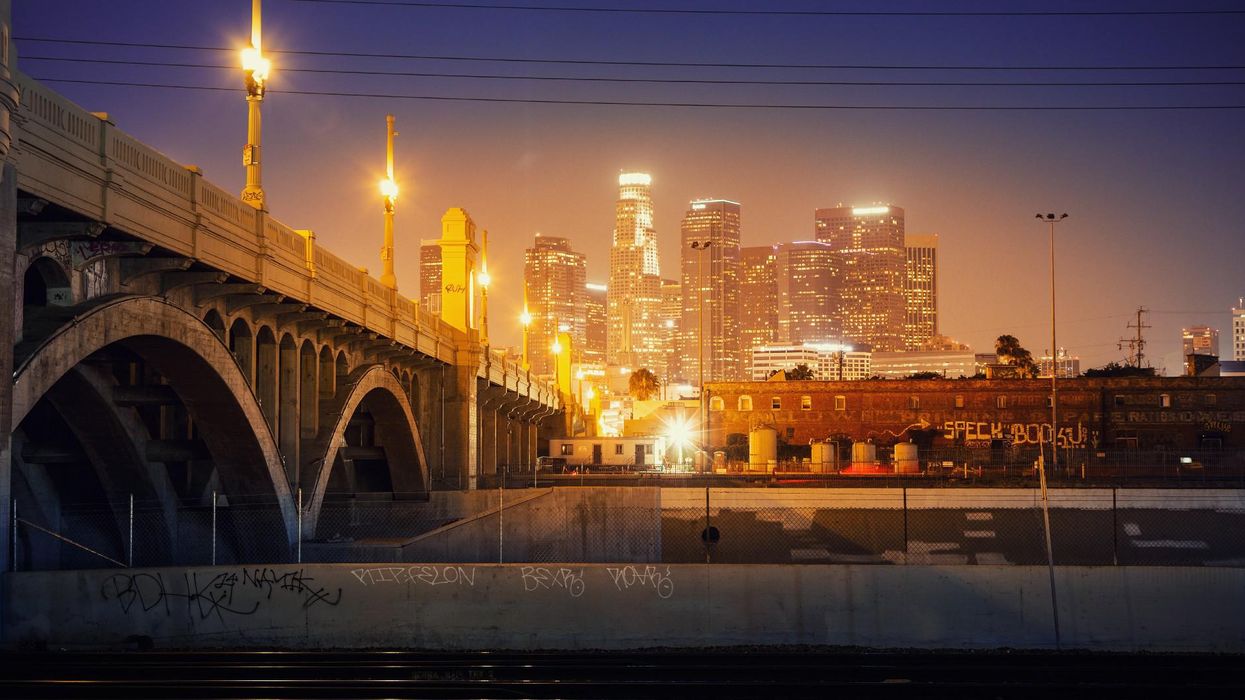 Women earn 78 cents for every dollar made by a male tech worker. Black and Latinx investors are underrepresented at venture firms and the majority of venture investments goes toward white and Asian-owned businesses, according to PledgeLA's survey of Los Angeles tech companies and venture firms released Wednesday.

"Tech oftentimes likes to think of itself as a very equal, egalitarian space," said Jasmine Hill, a UCLA sociology professor who analyzed the data for PledgeLA. "But the data shows something different."

The third annual report shows some improvement in representation but persistent pay disparities and lack of inclusion among L.A.'s tech scene. 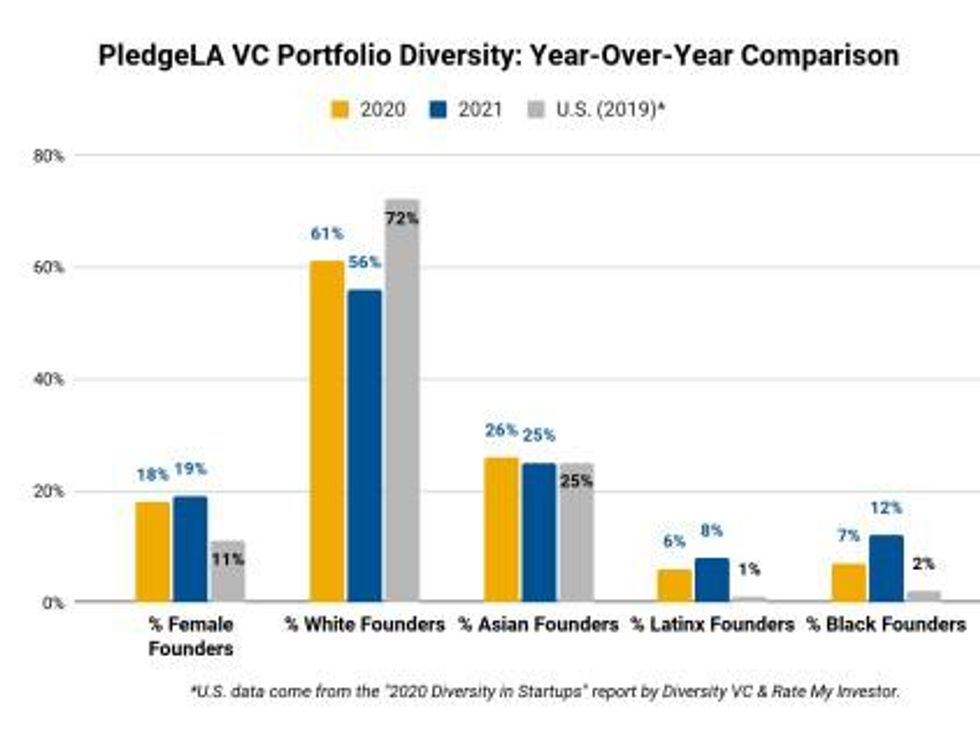 The findings are based on self-reported data from 173 companies that have signed onto PledgeLA's initiative, including Bird, sweetgreen and Dollar Shave Club. 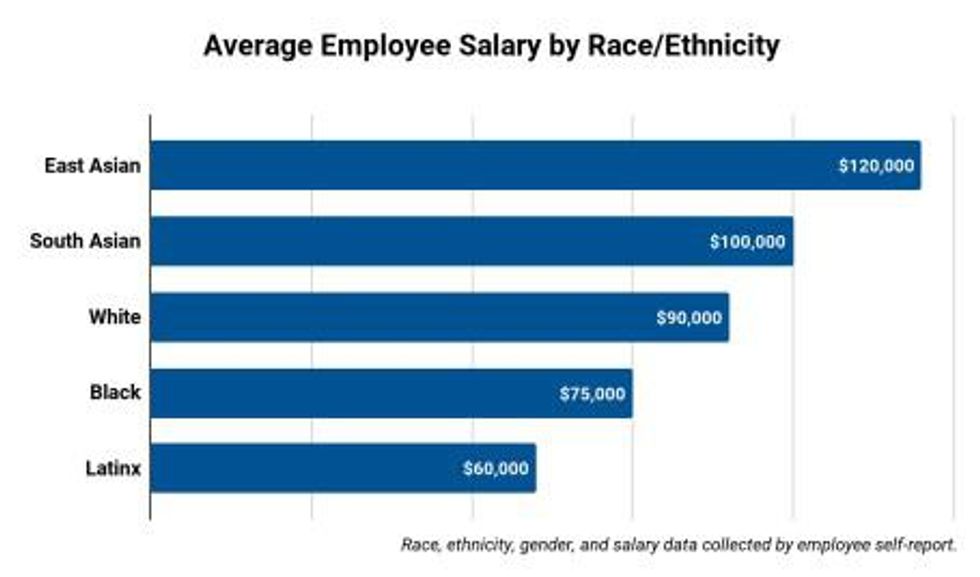 Employees who identify as LGBTQ+ and employees with disabilities responded that they "cover" a part of their identities at work, and said they "felt the need to avoid conversations about their identity at work."

"We're paid – and I'm saying 'we're' because I'm Black – significantly less than our white, Asian counterparts," said Qiana Patterson, the chair of PledgeLA. "And I think we all know that that's just not because Black and Latinx people don't have the degrees, or the experience, but that there's just bias embedded in our hiring practices."

Hill said the report is not representative of the entire L.A. tech scene because it only includes data from the participating PledgeLA companies. PledgeLA was able to get a higher participation rate from PledgeLA companies for its survey this year – from around 65% to around 81% – which allowed the nonprofit to break down earning data by race.

Other findings of the report include: 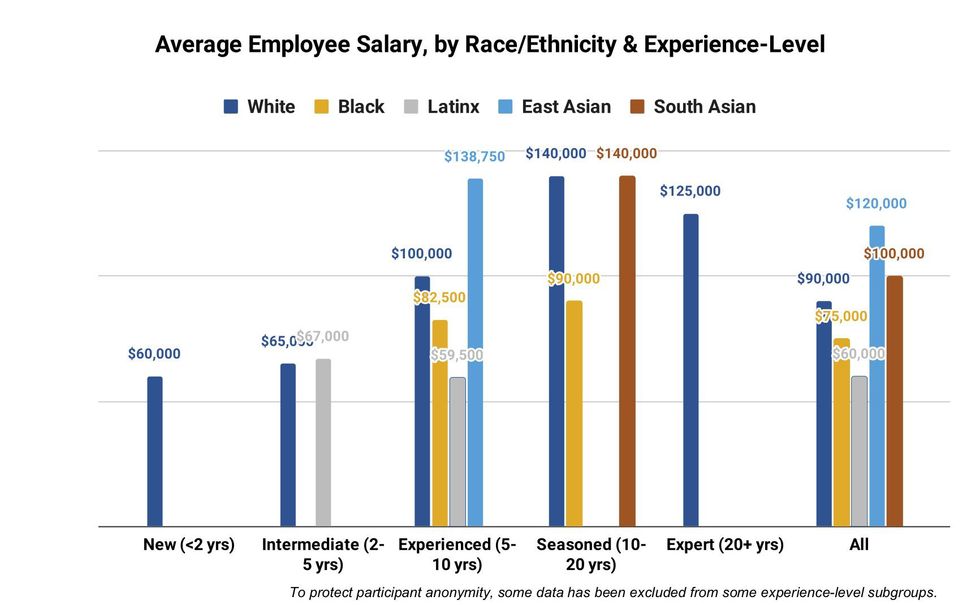 PledgeLA is hoping to carry the momentum built after the nation experienced a racial reckoning following the death of George Floyd in May 2020.

Calvin Selth, a program lead at Annenberg Tech, said he was encouraged to see lots of VCs and companies continue to support underrepresented groups after the summer of 2020 – shown by the increase in VC funding to Black founders – but emphasized the need for improvement.

"We're tracking this every year because we want to know that it's not a blip," Selth said. "I'm encouraged by more open dialogue about this, but I think there needs to be continued focus and more effort from VCs to track this kind of data themselves."

In addition collecting the data, PledgeLA hosts the PledgeLA Founders Fund, which gives $25,000 grants to Black and Latinx-owned businesses, and a VC internship program aimed at women, people of color and underrepresented groups.

PledgeLA also plans to raise $1 million in the next two years for the PledgeLA Founders Fund and is aiming to create a task force to help companies address racial and gender pay equity.

"The data itself is only as powerful as the action that we take," Patterson said. "And I hope that, in reading this analysis and the data around it, It spurs more people to sign the pledge, more people to be a part of this ecosystem in a meaningful and an intentional way."

Editor's note: dot.LA is a participant in PledgeLA and co-founder Spencer Rascoff sits on the board.