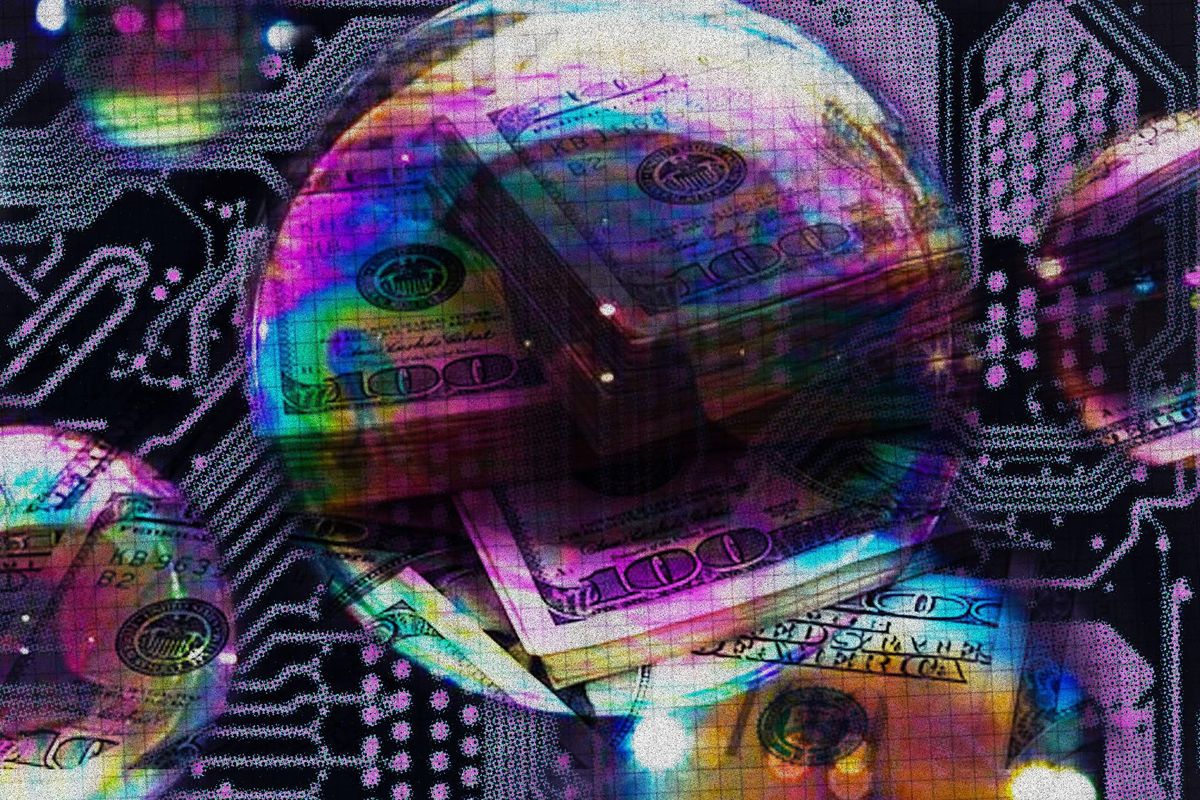 Many leading Los Angeles-based venture capitalists believe we are in a tech bubble, but that's not necessarily slowing investments, according to dot.LA's quarterly survey of top Southern California-based investors.

dot.LA asked dozens of venture capitalists about the pace of new deals that crossed their desks, their outlook on the U.S. economy and other trends in the industry. The results offer an up-close look at how VCs see the market.


Of those who responded to the perennial question — Are we in a tech bubble? — 62.1% percent said yes. 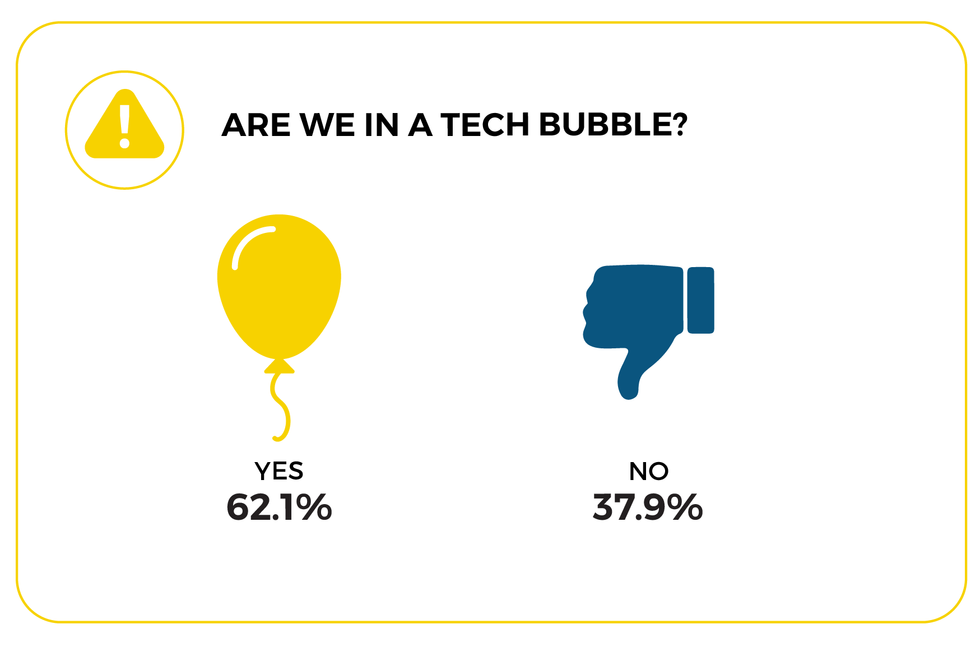 Bubble talk is all but inevitable when valuations and deal counts soar, as outside cash pours into the startup scene, and as trillion-dollar market caps grow commonplace among tech giants. But what is a bubble, exactly?

A bubble appears (and subsequently bursts) when assets such as tech stocks or housing rapidly increase in value and then crash back down to Earth.

The Dot-Com bubble refers to the frenzied rise and collapse of emerging internet companies in the late 90s, many of which did not have profits to match their sky-high valuations. When the market crashed, tens of thousands of workers lost their jobs and the NASDAQ shed 75% of its value, hitting personal and institutional investors alike.

Of those investors who felt we were in a bubble, 56% said they were being more cautious as a result, while 38.9% responded that it had "no impact" on their investing strategy. One VC said they set a "high bar for high priced deals" as a result.

The vast majority (80%) of investors surveyed also indicated they saw higher valuations in the third quarter of 2021 compared to the prior quarter. And a slim majority (53%) said their deal flow increased during the same period. Rising startup value and a boost in deals aren't indicative of a tech bubble on their own, but the trends at least suggest a feverish market.

"Yes, early stage deals have increased in valuations and round sizes have grown considerably in the last 18 months, but I'm not convinced this is a 'bubble,'" said Kelly Perdew, managing partner at Moonshots Capital, a seed stage firm focused in part on veterans with $160 million in assets under management. "There really is more demand (and more capital has to be put to work) so prices are going up across the board. But companies are building faster, moving faster, and disrupting faster. And the winners are being rewarded. I don't believe that is ever going to stop."

Minnie Ingersoll, partner at the early-stage venture firm TenOneTen and host of the LA Venture podcast, sees the market differently — though with similar enthusiasm. "We may be experiencing a bubble around valuations for technology startups but it is simultaneously a revolution for entrepreneurship that is here to stay," said Ingersoll.

"I think anything could happen with the astronomical valuations we are seeing but I think our relationship with work has been reshaped permanently and we are building a society where everyone is empowered with tools and support to be an entrepreneur," she said. "This will have radical implications for how we live and work and I do not think we will go back to single-threaded careers," she added.

While VCs literally have a vested interest in the industry's enduring success, they aren't alone in seeing the upside of a frothy tech market. For one, tech bubbles haven't proved as destructive as, say, the U.S. housing bubble, which preceded the Great Recession. Plus, the Dot-Com era and other frenzied investments in new tech have brought about technological progress, as William Quinn, who co-authored "Boom and Bust: A Global History of Financial Bubbles," pointed out earlier this year.

Still, plenty of livelihoods hang in the balance as fast-growing tech companies disrupt industries and ramp up headcounts, while personal investors clamor for a piece of the action. 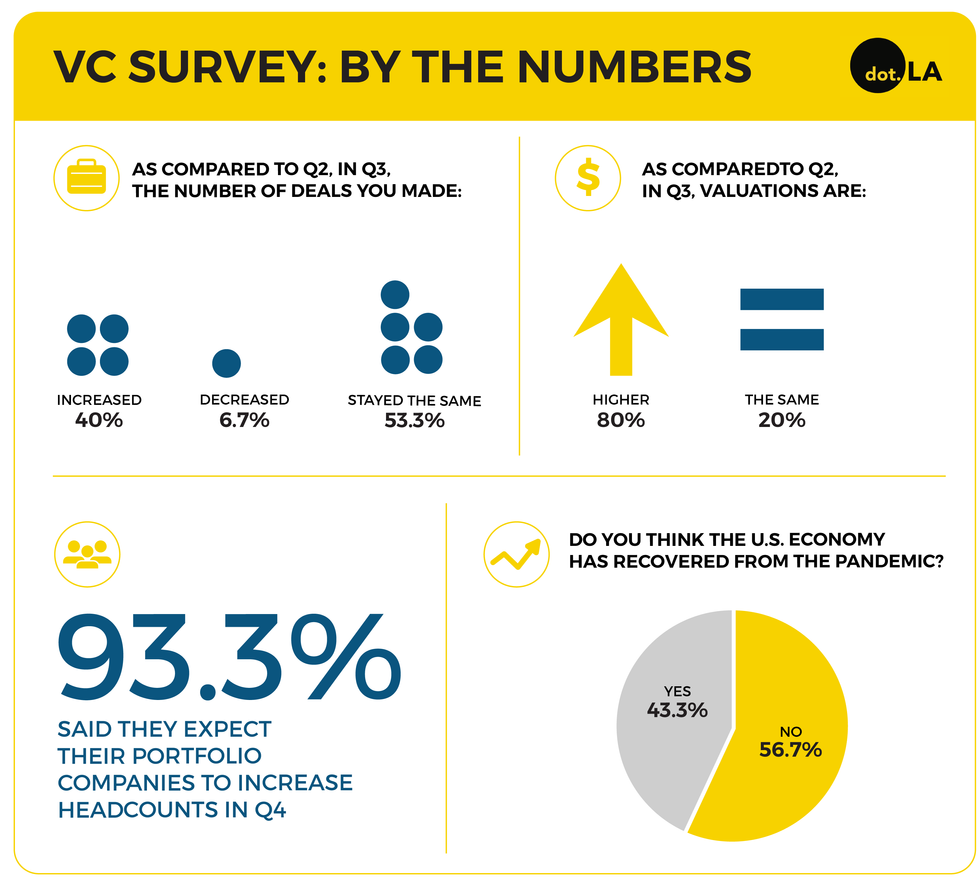 However, most VCs surveyed (57%) said the pandemic and its aftermath had an impact on their portfolio companies' ability to retain people.

The same percentage of VCs also said they do not think the greater U.S. economy has recovered from the ongoing pandemic.

And when asked about a return to physical offices, 62% of VCs indicated they had embraced a hybrid program, while just over 20% said their team planned on staying remote.

Want the results of our quarterly VC Sentiment surveys in your inbox? Subscribe here.