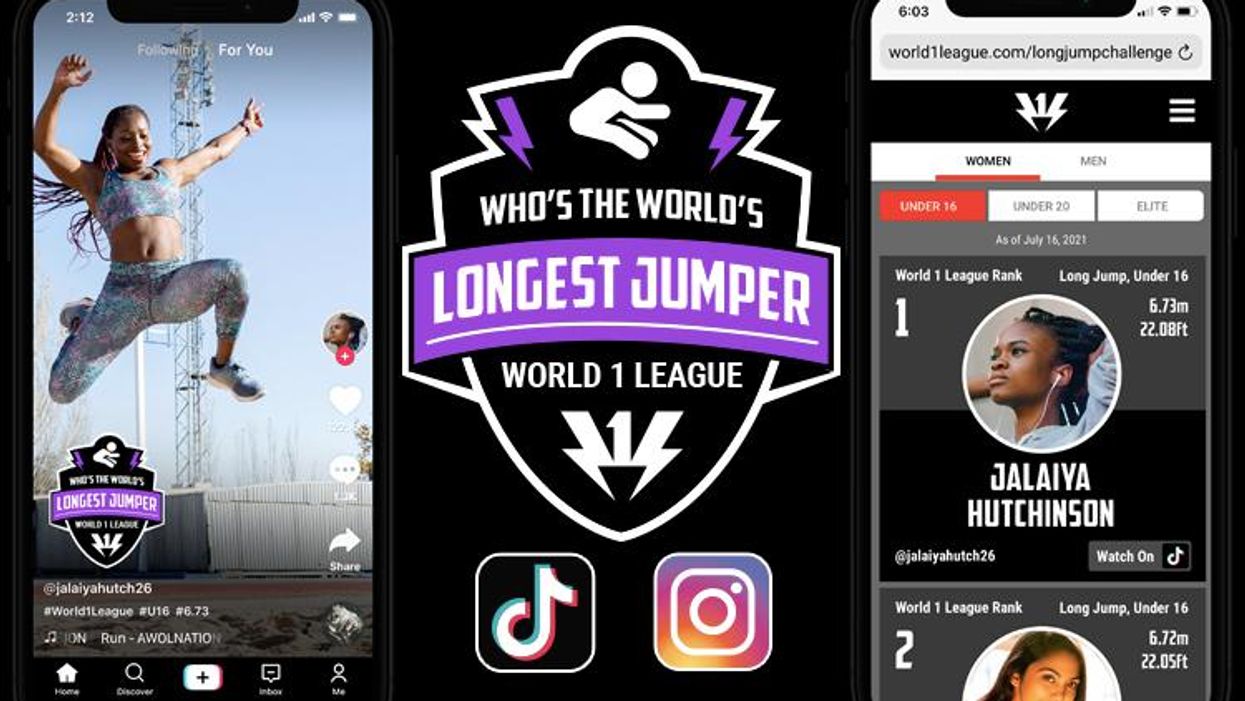 Call it the TikTok Olympics. Nine Olympians have launched a sports league backed by Mark Cuban that competes on social media.

The first of eight competitions this year is set to begin on Wednesday. World 1 League encourages any athlete to post a video of themselves on Instagram or TikTok doing a long jump along with the hashtag of how long their jump was. The athletes are competing for $25,000 and sponsorships.

"Athletes are already a big part of social media, but now including them in a formal, organized league, where they can be rewarded and ranked, is a whole new way to professionally engage in sports," said co-founder and CEO Brett Morris.

The former COO of Nasdaq-traded esports company Super League Gaming said the effort is a move "to democratize" elite sports on the eve of the Olympic games. But like a lot of efforts to even the playing field online, it comes with many compromises. There are no official judges to oversee or independently verify these competitions, but likely lots of eye-popping videos. Instead Morris said the "judge" will be a hashtag that provides an "objective" measure, such as the length of a jump or time of swim laps.

Only 12 hours after posting, their promotional Instagram story has been reposted by athletes in 32 countries on 6 of the 7 continents, including Russian world champion Daryka Klishina, who has 349,000 Instagram followers; Spanish jumper Fátima Diame, who has 138,000 followers and American Olympic medal favorite Tara Davis, who has 212,000 followers.

The social media sports company plans on getting even more buzz soon when it hosts two live stadium events in 2021, and more every year thereafter.