As Restaurants Scramble for Workers, It’s ‘Order Up’ for Miso Robotics and Its Burger-Flipping Robot 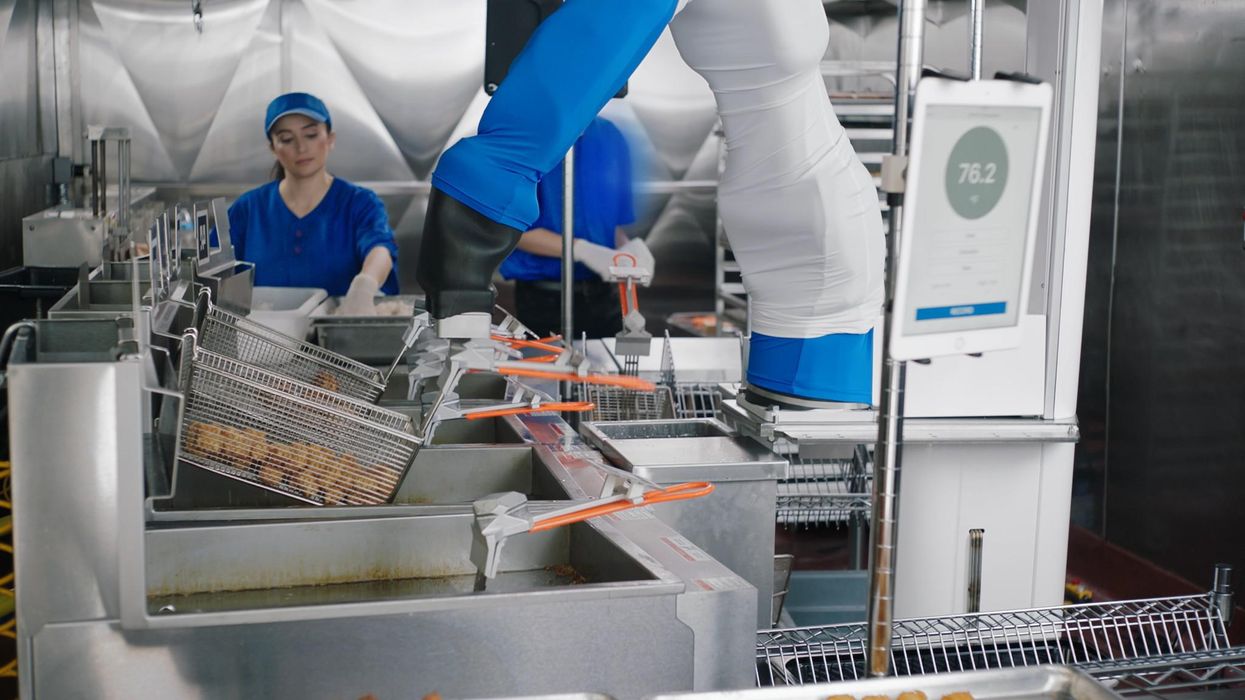 In 2017, a burger-flipping robot named Flippy put fast food workers everywhere on high alert. The automation era of the restaurant industry had begun, ushered in by a $60,000 machine that slapped patties onto a grill, monitored their doneness with AI and thermal cameras, then lay them on buns.

Three years later, Miso Robotics, the Pasadena-based company behind the technology, released Flippy ROAR—short for “Robot on a Rail”—a more streamlined robotic arm with the same capabilities but half the cost. Shortly after, the company opened up availability to small restaurants with a new pricing model that got rid of Flippy’s steep upfront cost and replaced it with a $2,500 monthly fee.

Miso’s timing couldn’t be much better: It has raised $22 million through crowdfunding, has a growing team of 45 employees, and is hitting its stride during a national restaurant labor shortage caused by the COVID-19 pandemic. Miso is now preparing to launch a Series D through its own crowdfunding platform. It’s targeting $40 million in capital (with a minimum investment of just under $1,000) — an ambitious figure, but one that if met would further jumpstart the company’s bid for restaurant automation domination. 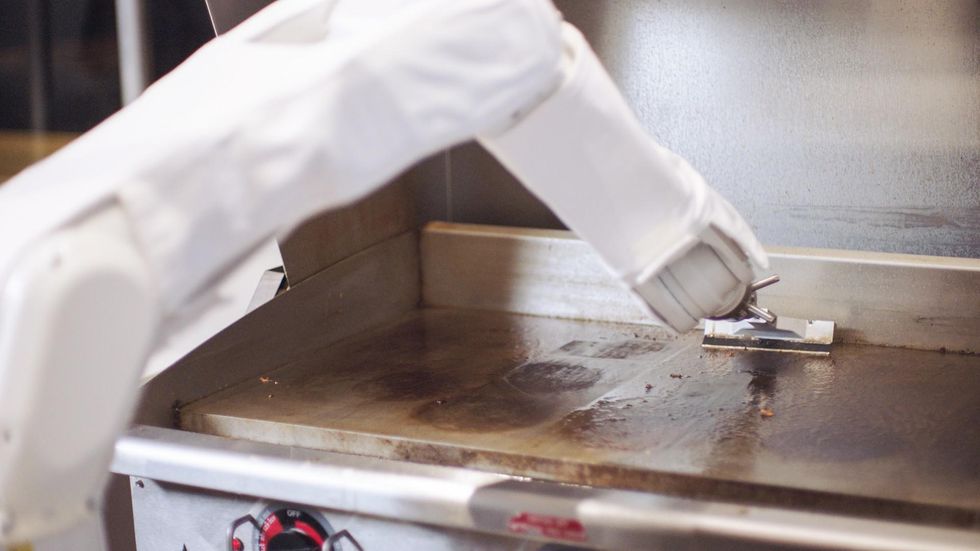 Employment at eating and drinking establishments is 15% below pre-pandemic levels, according to an April report from the National Restaurant Association. Economists blame the shortage on increased unemployment insurance, which they say has disincentivized furloughed or laid-off workers from returning to the industry. Workers argue that the pandemic has made clear that restaurant jobs just aren’t worth the low pay, lack of benefits and safety risks, with many seeking jobs in other industries.

“When the pandemic hit we saw the whole food industry wake up and say, AI, automation, robotics—this isn’t sci-fi anymore, this is survival,” said Buck Jordan, the co-founder and president of Miso Robotics. His company recently hired Jake Brewer, a former executive at CKE, the parent company of Carl’s Jr. and Hardee’s, to oversee product and business development as its chief strategy officer.

Even before the pandemic, there was already a turnover crisis in the restaurant business. Industry measures in 2019 estimated a turnover rate between 130% and 150% in fast food chains, according to CNBC. Fast food jobs have become so routinized that workers who quit are easily replaceable. In other words, the jobs are designed for turnover — or robots.

Flippy, which can be programmed to do a growing number of kitchen tasks in addition to burger-flipping, has drawn the attention of quick-serve restaurants across the country. White Castle and CaliBurger were early adopters, and the robot was also deployed at Dodgers Stadium and Arizona Diamondbacks’ Chase Field to cook chicken tenders and tater tots. (In White Castle’s case, company vice president Jamie Richardson said that they were “not dialing down on the number of people in a restaurant” because of the technology, and instead were using Flippy to free up time for workers to focus on order and delivery accuracy. This year, White Castle added 10 new Flippy units to be deployed at franchises across the country.)

Now, with 1.8 million jobs unfilled in the restaurant business and increased interest in social distancing and “low-touch” cooking technology, “there’s a massive, screaming problem to address automation in the food service industry,” said Jordan. The entrepreneur was first introduced to automation in the Army, where he was exposed to unmanned ground vehicles in his work in tanks and aviation.

“It was a pretty interesting way to think about the future of automation and how robots and computers can do some of those jobs that humans shouldn’t necessarily be doing,” he said. 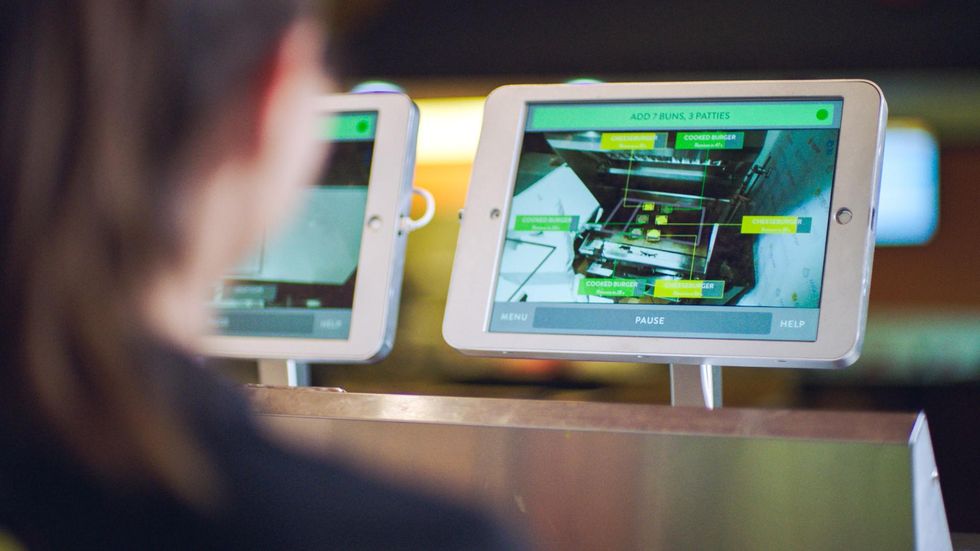 That’s not to say Miso is focused solely on automation. This month, it announced CookRight, its most accessible offering yet: a system of two high-definition cameras, mounted over a grill, that use the same AI technology to tell a human cook when it’s time to turn over a cut of meat. It costs a restaurant just $100 a month to operate.

CookRight, which can recognize the cut and thickness of a piece of meat cooking on a grill, doesn’t involve automation, but it’s still meant to increase restaurant revenue by reducing costs associated with food waste and human error. Recognizing when meat is done is one of the most basic skills a cook learns, but humans make mistakes, wasting time and money that restaurants with small margins can’t afford. Steaks, for example, are often returned because they’re cooked improperly, and the cook must throw out the meal and start over, making the customer wait. Other times, customers eat dishes they are dissatisfied with, decreasing their overall experience of the restaurant.

Jordan said that CookRight, which he likens to an “electronic coach,” can help reduce those inefficiencies and ultimately save the restaurant money. It is the same AI technology that powers Flippy’s arm and will eventually be expanded to monitor other factors involved in cooking, like the fat content of a piece of meat.

The rise of restaurant robots, which also includes Spyce’s robotic kitchen, Creator’s burger pipeline, and Costco’s Pizza Robot, has raised concerns that automation will eventually replace restaurant workers altogether. Some restaurant executives have argued that labor groups like Fight for $15, which pushes for a fair minimum wage for workers, are to blame for the rise in automation across the industry.

But Jordan insists that robots are not meant to replace human workers. “Automation, AI and robotics — I think they all complement the role of a restaurant worker,” Jordan said, “freeing up humans to do what humans do best.”

Abraham Pizam, founding dean and professor at Rosen College of Hospitality Management at the University of Central Florida, said that robotics may someday take the jobs of some restaurant workers, but not until the cost of the technology becomes cheaper than labor. But automation, he argues, is not necessarily a bad thing for human workers.

“Peeling potatoes in the kitchen: Who wants to have eight hours a day peeling potatoes when actually there is a robot that can do that?” Pizam said. “You might put the same person in a higher-level, better paying and more sophisticated job.”

The labor shortage, said Pizam, is forcing the restaurant industry to reckon with the need for higher salaries, which are necessary to draw workers back from taking unemployment or from other industries that offer better pay and more satisfactory work.

“When the industry is pushed in a corner, they will have no other choice but to look elsewhere,” said Pizam. “And robotics will be one of those elsewheres.”