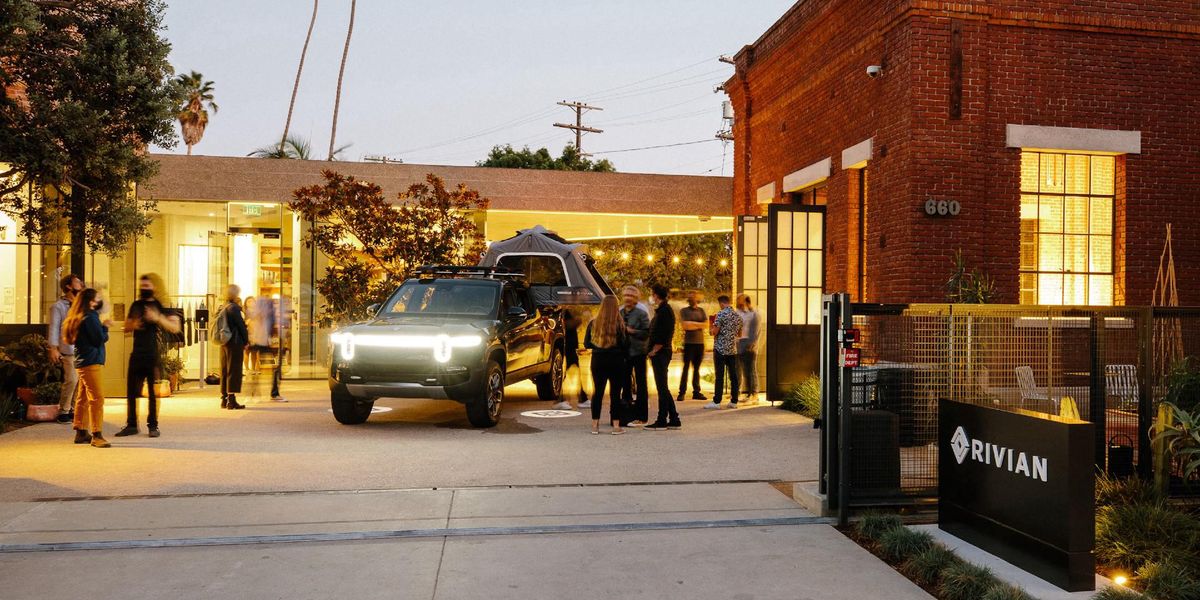 Before Rivian went public, the electric vehicle startup opened its first retail hub in Venice, in the former home of celebrated author Ray Bradbury. Coastal California may not be associated with pickup trucks but the strategic move placed the company in the heart of Silicon Beach in an iconic area better known for eccentrics.

It was a signal to the rest of the automotive world that Rivian wanted to do things differently.

The Irvine-based company, founded by RJ Scaringe, isn't the first EV startup to rethink the dealership model, especially in dense areas. But the company is the first to take the lifestyle model some retailers have been embracing into what's been largely a stodgy automotive industry. Their idea is to make showrooms experiences, rather than just a place to demonstrate car features (although Rivian will offer that, too).

"The primary intent of Rivian spaces is for people to gather and connect," Rivian spokesperson Rachel Maniago told dot.LA. "While Rivian vehicles will be on-site for people to explore, those spending time at our spaces may just as likely be there to attend workshops, participate in special events, grab a cup of coffee or meet with other members of the Rivian community." 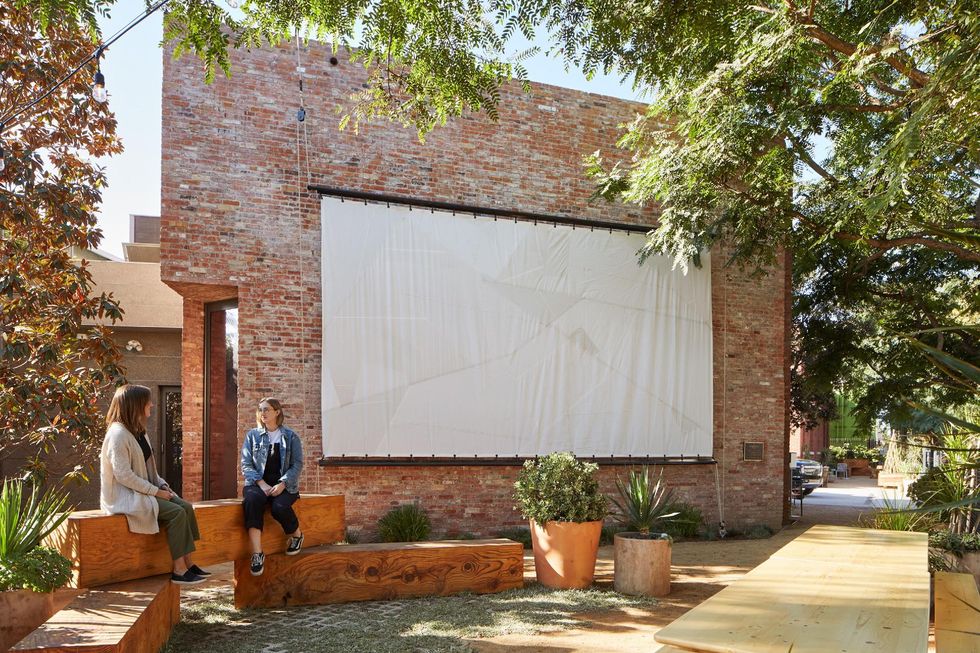 The model is one that companies like Apple have brought to their retail stores. And it comes as Rivian is in a full-blown race with legacy automakers. Its signature product, the Rivan R1T, is an all-electric pickup truck that is just beating similar vehicles to market from Ford and Tesla. Chevrolet and Ram are also planning electric truck rollouts n the next few years. With EPA range estimates at more than 300 miles on a full charge, it's another entry in the growing long-range EV market.

"The site of our Venice hub has been everything from an electric substation, author Ray Bradbury's private home and even an art gallery," Rivian spokesperson Rachel Maniago told dot.LA. "We embrace the idea of adaptive reuse with our spaces; taking places that exist and bringing them to life in new, inventive ways."

Maniago says Rivian plans to open several hubs around the country, but they won't all follow the same format as the one in Venice. The company is restoring the Laguna Theater in Laguna Beach, which she says will allow for educational speakers, live performances or even film screenings. It will have "outposts" in wilderness areas to align with conservation efforts. Rivian hasn't announced how many spaces or outposts it plans to have yet.

Volvo-backed competitor Polestar operates almost two dozen spaces in the U.S., including in Los Angeles and Costa Mesa, where buyers can learn about the car, get help with the website and drive it. Potential buyers can choose to have the car delivered to their home or office for a test drive. But most of the purchasing is also done online. Car owners don't take their Polestar to a dealership for repairs. Instead, repairs and alterations are handled by a mobile service vehicle or over-the-air updates.

By contrast, automakers with a traditional network of franchised dealers still need to leverage that to comply with state laws. But brands like Cadillac and Volkswagen are strongly encouraging customers to use online tools to research and reserve their new EVs. That way, their electric cars will go where the demand is — and dealers won't be stuck with examples without desirable options or colors. 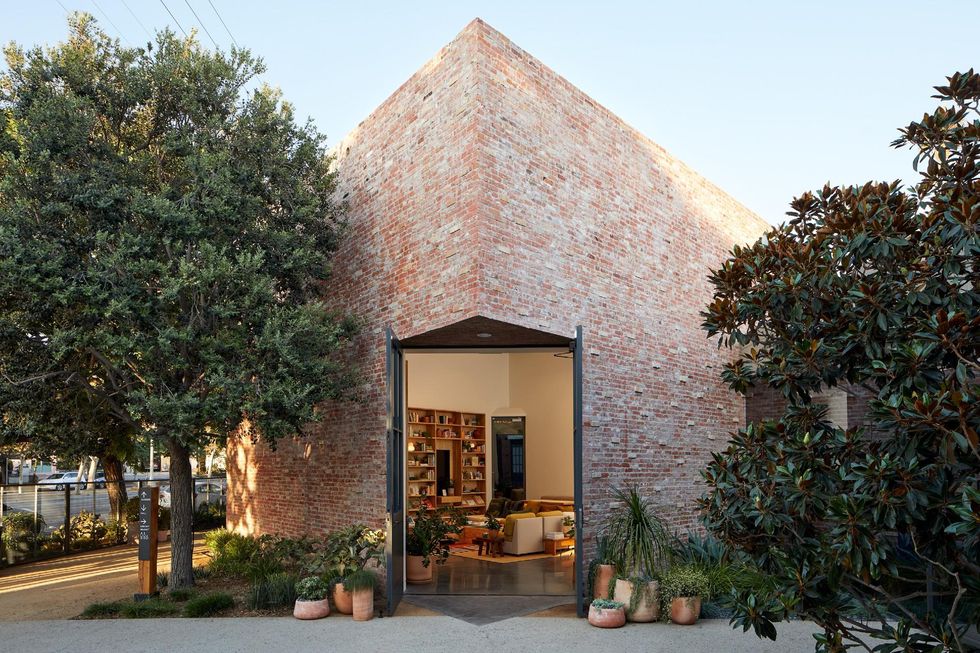 Likewise, Rivian customers who need service can have their vehicle picked up and dropped off at a location of their choosing, or towed if something unexpectedly goes wrong. Software updates will be pushed over-the-air.

"Activities like demo drives, vehicle purchase, delivery and service are completely unbundled in the Rivian model and are not tethered to coming to a physical location," Maniago said. "Because of this, we have the opportunity to reimagine the experience we provide visitors when they come into a Rivian space and interact with our brand."

Early deliveries of the $73,000 R1T started in September, but customers who place an order now likely have to wait until January to get the truck. An SUV version will also arrive early next year, and Rivian will make a van derivative for Amazon. All three vehicles will come from an Illinois assembly plant.