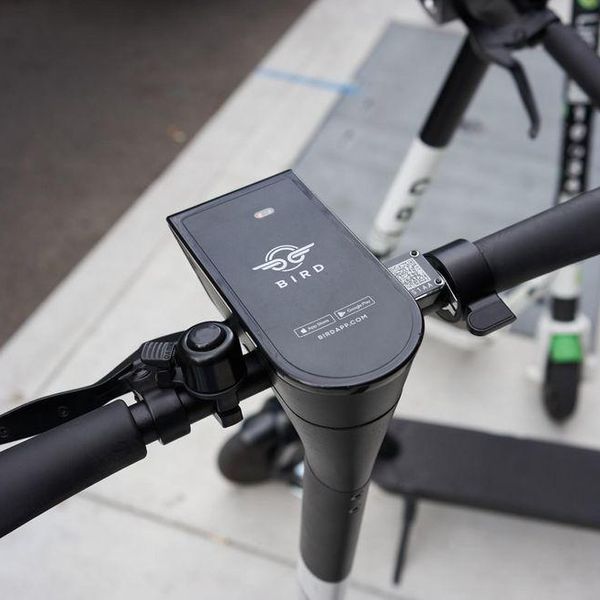 Scooter startup Bird is still losing money hand over fist, though the losses are slowing slightly and revenue is picking up as pandemic restrictions ease.


With plans to go public via a SPAC, the Santa Monica company released its second-quarter results for 2021 today and net losses in the quarter dropped to $43.7 million compared to $50 million the same time last year. But revenue soared 477% from $60 million during the same quarter last year , thanks in no small part to riders returning from lockdowns. 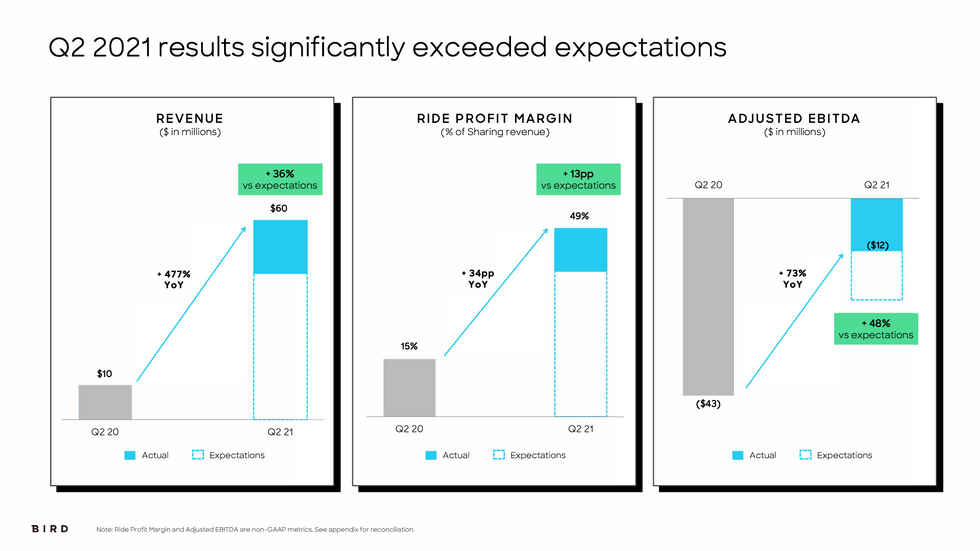 In the runup to Bird's New York Stock Exchange debut, scrutiny has ramped up. The company's release today strikes a tone of reassurance.


"We expect to see continued margin improvement as global demand returns to pre-pandemic levels," said Chief Financial Officer Yibo Ling, who noted that ride profit margins have stayed above 35% in the past four quarters.

Alongside today's news, Bird is kicking off sales of its first e-bike, which features a range of 50 miles and a removable 36v battery. The company told dot.LA that its Bird Bike was created to be "an alternative to carbon-heavy, short distance car trips." Founded in 2017, Bird leads its competitors Lime, Spin and Lyft by scooter-rental revenue. The firm has grown quickly, but after the pandemic hit it laid off 406 people in two minutes via a Zoom webinar.


So far this year, Bird has expanded into e-bikes and introduced what it calls "the industry's most eco-friendly shared e-scooter," though electric scooters were found to be less green than they might seem in a 2019 study conducted by North Carolina State University researchers.

Also this year, Bird launched in New York City, debuted on Google Maps and notched another milestone as it grew to serve 300 cities. Bird has yet to go public, but the Los Angeles business plans to do so during its third quarter in a blank-check deal that implies a $2.3 billion valuation.