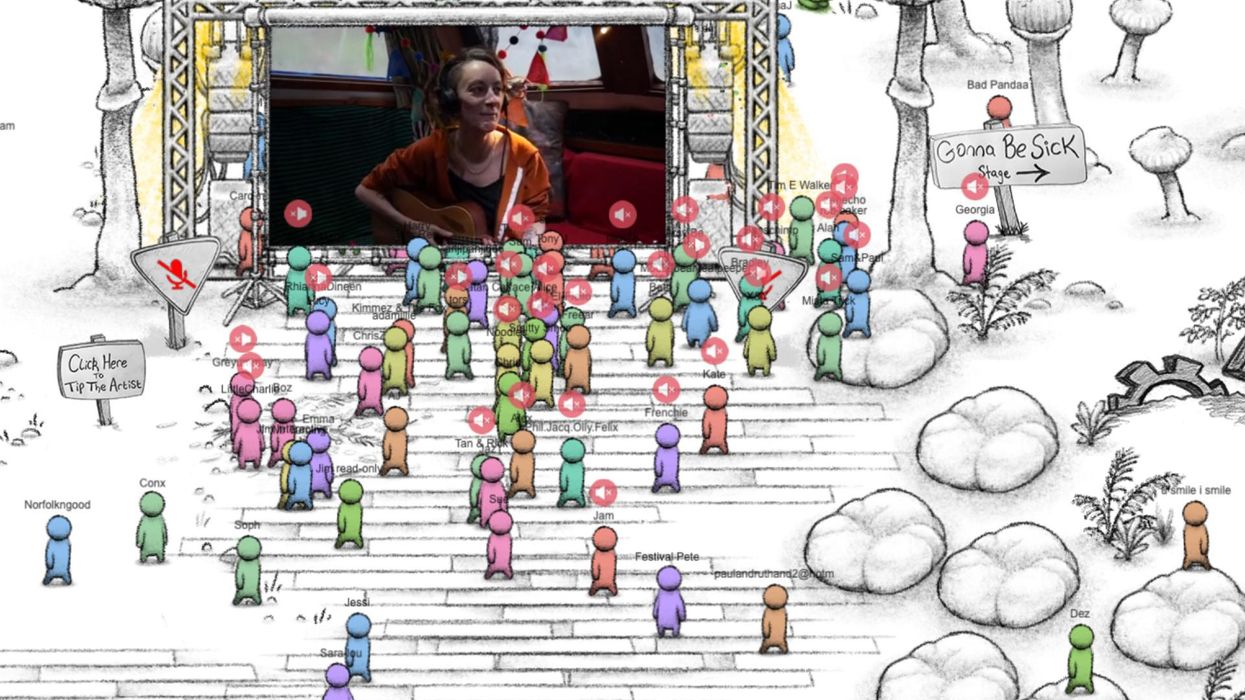 A combination of Zoom, Minecraft, Twitch and Wordpress with the spirit of Burning Man. That's how Daniel Liebeskind describes Topia, the browser-based social world-building platform he built to bring genuine interactivity to virtual conferences and events.

"Our digital lives are not going away at all," said Ohanian during an online chat earlier this week with Liebeskind. "This is going to be the gateway for so many people to have so many great experiences, and we're all grateful here at Seven Seven Six to be leading this round of funding."

Topia allows users to explore virtual worlds customized by artists and designers. As users navigate a given world and come into proximity of other users, each of their video feeds come into view, enabling them to strike up a spontaneous conversation.

The world in which those conversations take place are built by Topia's open-source community of creators, who have already designed such novel spaces as an interactive theatrical experience and an NFT museum. Asana, a project-management software firm, used Topia for a digital party to celebrate its IPO last fall.

Just months after its May 2020 launch, Topia hosted 25,000 people for Virtual Burning Man. It will host a virtual version of this year's festival as well, for which it may experiment with two-way interactivity between the in-person and livestreamed events. 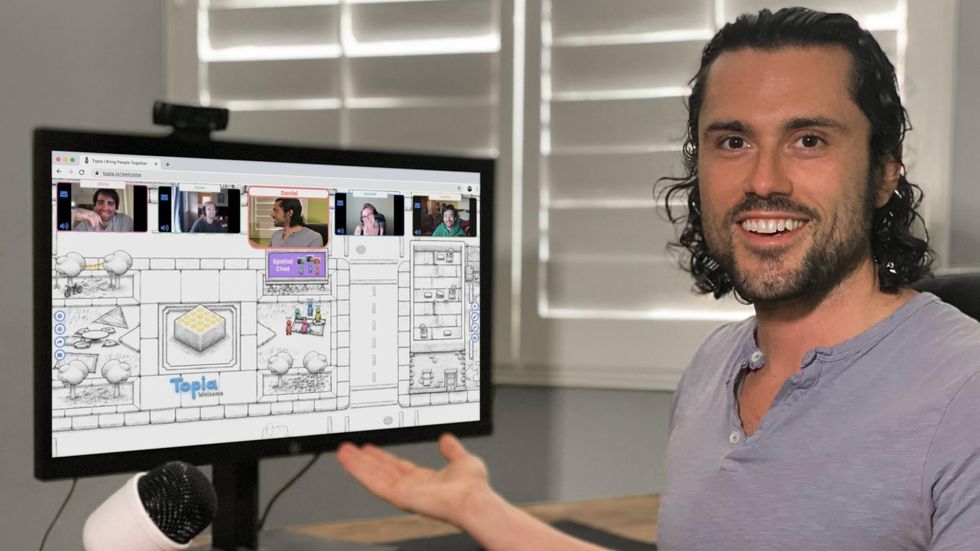 "This has been a lifelong journey of trying to build my own community and trying to build software that helps people have more authentic human connection," said Liebeskind. A multiple-time "Burner" himself, he said he built Topia to emulate certain elements of Burning Man from the beginning, including the serendipity that accompanies wandering through the Nevada desert and happening upon a new community of people who share common interests.

With the investment, Liebeskind plans to expand his eight-person team and stand up a marketplace within Topia that helps creators make money. The new creator payment ecosystem launches Wednesday. Liebeskind said his top performance metric will be the amount of money his startup pays out to creators on the platform.

As for where that cash comes from, and how the company itself makes money, Liebeskind said Topia is pursuing multiple revenue streams. The platform is mostly free to use, but certain features require payment, including customized URLs and incorporating single sign-on functionality into an event. The company is also building out an SDK and allows for ticket sales and subscriptions, which it will split with creators who design the worlds where those gatherings take place.

Creators can build their own Topia worlds and sell them as templates for others to use or build upon, similar to how Wordpress provides a marketplace for website templates and plugins. The designers can get paid for selling those templates and will also receive a percentage of the micro-transactions that take place within those worlds.

"The last bastion of things that I personally believe will ever be automated away are the things that are so uniquely human and empathetic and creative," said Ohanian, "so it's vital that we create new ways to properly reward that creativity and that empathy with money."

Topia has hosted about 1,000 events each month since its launch, for groups ranging from families to schools to big corporations.

Liebeskind has been building software since he was a kid and returned to tech full-time after a brief post-college foray into investment banking. He began creating the Topia business plan in late 2018, and constructed an early VR prototype in 2019.

"When the pandemic hit, I thought, 'Now is the moment for this thing that I was planning on building over the next 10 years'," he said.

Ohanian said that one of Reddit's most well known features, the "Ask Me Anything" Q&A format, was created by users, and told Liebeskind that he is excited by the user-generated trajectory of Topia.

"You'll be sitting here 10 years from now, being surprised by something where you're just like, 'Oh, I never would have imagined that,'" Ohanian said.

"The best of the internet is when you bring people together around a shared interest, and they make connections they never would have made otherwise," he added, reflecting on what has helped make Reddit into one of the internet's most popular destinations. "Leading this investment in Topia is a chance to look back now at community building [on the internet] from first principles."