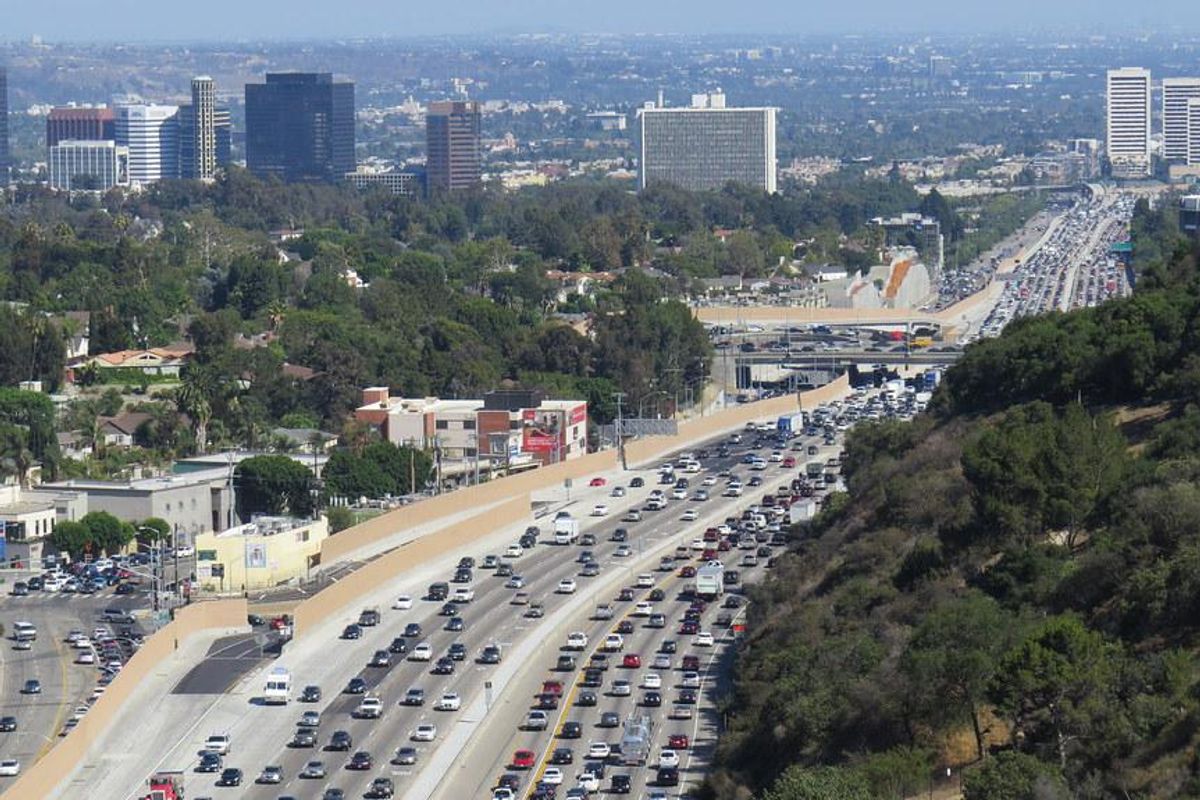 The largest driver of global warming, carbon dioxide is at its highest level in our atmosphere than any point over the last 8,000 years. And as carmakers and politicians race to come up with solutions, one Pasadena-based firm called CarbonCapture has a bold plan to help humans remove emissions from the air and in doing so innovate a way out of climate change.

"We are at a tipping point and right now we've run out of time," said CarbonCapture CEO Adrian Corless. "What really scares me is the current projections that we're actually going to continue to increase emissions through 2035."

CarbonCapture raised a $35 million Series A round Tuesday to grow its team and begin deploying a network of machines that remove carbon dioxide from the atmosphere using renewable energy. The system works by trapping carbon molecules in the air and storing them to be broken down or safely released elsewhere, like underground.

The company aims to have device prototypes up and running within two years. Capturing and dispelling carbon dioxide from the air at a global scale hasn't been possible yet, and it's a more lofty aspiration for solving climate change than some other more common ground-based solutions -- like using less fossil fuels or limiting energy consumption.

To really work at the highest level, every country would need to be using a vast number of the CarbonCapture devices to remove carbon dioxide at scale. It's a challenge, but Corless said he thinks it's possible to create new tech to help us escape the damage of climate change.

"There's all sorts of industries that scale up and deliver things like this," he said. "The solar industry was a great example, it took a couple decades, but they are able to deliver of hundreds of millions of panels per year (now)."

Several other companies, including Climeworks, Global Thermostat and Canada-based Carbon Engineering, where Corless used to be CEO, are working to tackle this problem of erasing carbon dioxide from the air. Government incentives are a key way to get private companies on board, Corless said, and they're more common now in "progressive parts of the globe" like the U.S., Canada and the E.U.

Tax breaks for carbon neutrality will "take you a long ways towards solving a problem and integrating a huge industry," Corless said, but noted it'll be hard to get other high-emitting countries like China, Russia, Brazil and India to get on board.

CarbonCapture was launched at Bill Gross' Pasadena startup incubator IdeaLab in 2019. Since then, it's raised over $43 million to date. Gross is a co-founder of CarbonCapture and serves as its chairman in addition to leading Heliogen, a Pasadena-based energy company working to replace fossil fuels with sun energy.

The raise was led by Prime Movers Lab. Two Idealab funds –Idealab Studio and Idealab X – joined the round alongside Salesforce CEO Marc Benioff, who invested through his company TIME Ventures, as did international mining company Rio Tinto, a new investor which will use the prototype devices at its mining site in Minnesota.

The National Oceanic and Atmospheric Administration reports that even though more people stayed at home during the global coronavirus pandemic, the world still hit new record high levels of carbon dioxide in 2020 -- and since 2000, carbon dioxide levels have increased 12%.

"We're really in a scary point in the Earth's history right now, so there's consensus that we need to shift the narrative, we need to reduce emissions," Corless said.