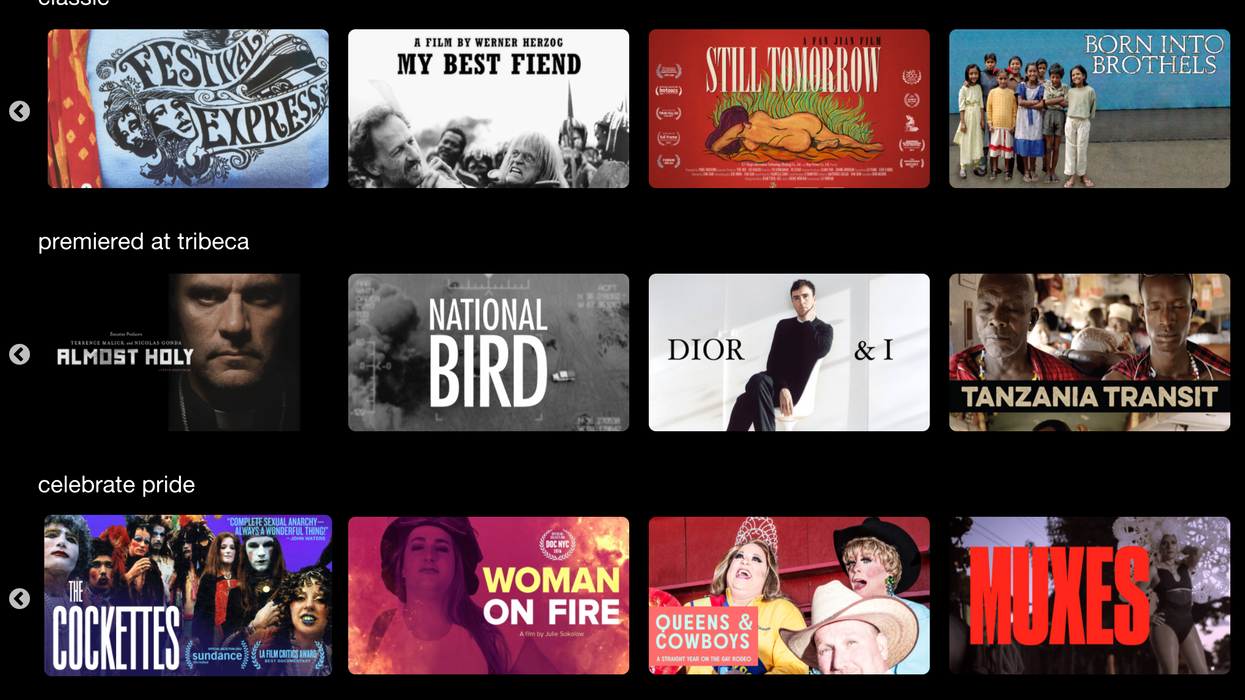 Streaming service Documentary Plus is doing what Netflix never has – sharing detailed data with filmmakers about who is watching.

Filmmakers can request reports from Documentary Plus with insights including performance data by city, age group, gender identity and viewing platform, as well as related films being streamed on the platform, the Silver Lake-based company said Monday.

"My hope is by doing this we spark a very real conversation about who has the right to that data, who owns that data and what should it be used for," said Bryn Mooser, founder of XTR, the studio behind Documentary Plus.

The move is a departure from what has become the status quo in the streaming era, wherein platforms largely refrain from sharing data with creators and viewers about the performance of shows and films.

"It will certainly distinguish them from other streamers," said E. Barry Haldeman, entertainment lawyer at Century City-based firm JMBM LLP. "Amazon and Netflix don't give you any of that kind of stuff."

This dearth of data stands in contrast to the broadcast era, when third-party firms such as Nielsen consistently published audience metrics, said entertainment lawyer Leigh Brecheen of Century City-based BFBST.

Now, however, the proliferation of subscription-based services means there is less financial backing from advertisers to fund that kind of research, Brecheen said. That helps explain why Nielsen has been slow to track the streaming industry.

And as moviegoing gives way to at-home viewing, box office data that was once readily available increasingly falls into a black hole.

It can give them a better sense of their audience, which can guide future creative projects. More information can also help them financially, by, for example, empowering their representatives to better negotiate for bonuses that are based on measurable results, Brecheen said.

Providing data to creators can benefit a platform, too. In the case of a relatively small streaming service like Documentary Plus, offering creator-friendly terms can help attract content to the platform rather than onto the larger, primarily exclusive players with which niche players must compete.

"Corporate streaming platforms think of their data as a competitive advantage against other platforms, so they're secretive about it," Mooser said. "But I think as an independent streamer like Documentary Plus, a competitive advantage that we can have against corporate streamers is that we can be transparent with our data; we can be in partnership with our filmmakers."

Transparent data can also work in the platform's financial favor when they show that a creator's demands for compensation are too high.

"A program may be well reviewed, so the client thinks he or she hit a home run, but if it underperforms for the platform relative to cost and expectations, then the client can't expect a big payday," Brecheen said.

Mooser said Documentary Plus, which is ad-supported, currently offers about 300 documentary films and docuseries and that the app was downloaded tens of thousands of times in its first month following its January launch.

In addition to hoping data transparency will help it grow further, Mooser is intrigued by the creative possibilities it may inspire.

"More than anything else, it's sort of an experiment about what would happen if you opened up that data to filmmakers," he said. "What are they going to do with it? I don't know the answer to that, but I'm pretty excited to find out."