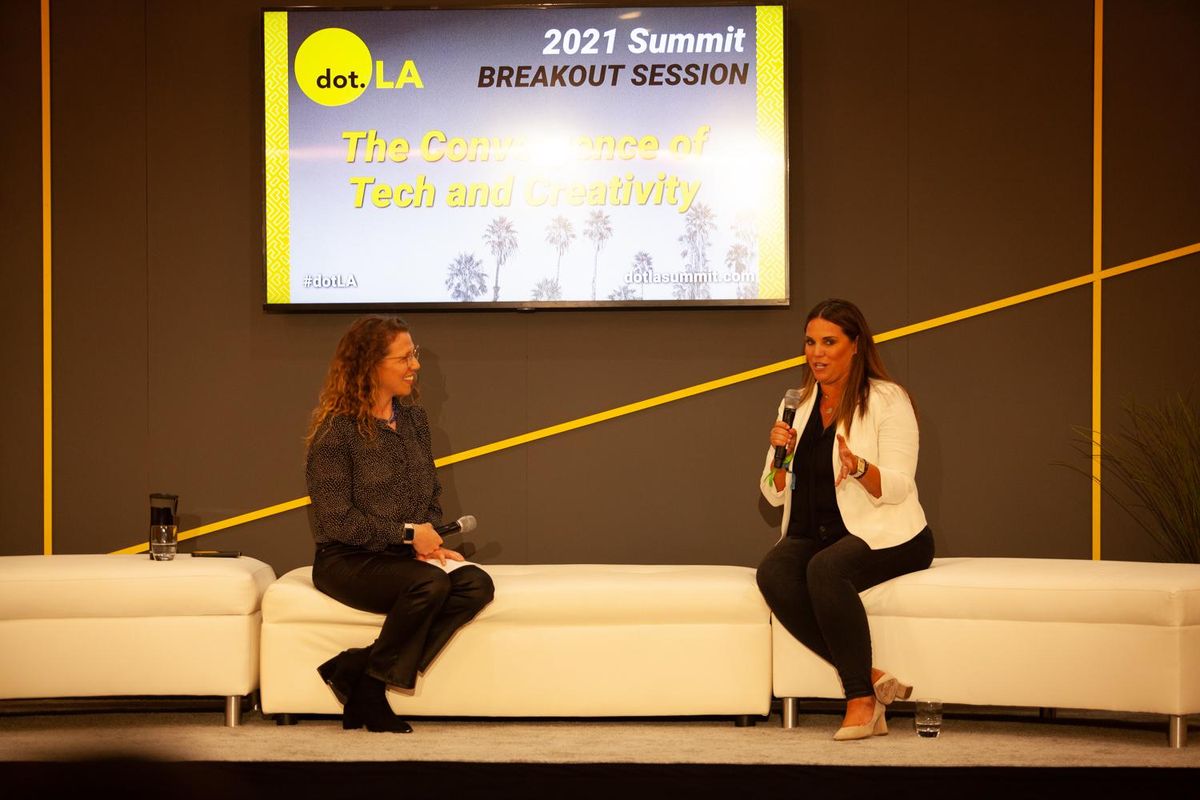 In just a few weeks, social media users can meet Jennifer Aniston’s brand new 3D animated character—and though the avatar is mostly under wraps, word on the street is that it’s “very cute.” That character comes thanks to a partnership with Invisible Universe, an entertainment technology company partnering with celebrities to capitalize on their unique IP.

In a conversation with Rachel Horning (CEO of RippleFX Events), Invisible Universe CEO Tricia Biggio described the company as the “Pixar of the internet.” The company creates beloved, celebrity-sponsored animated characters who live on social media and interact with fans. Its backers include Alexis Ohanian’s company Seven Seven Six, Jennifer Aniston, Will Smith’s Dreamers VC, and dot.LA founder Spencer Rascoff.

Biggio, who started in television, is passionate about bringing Hollywood quality storytelling and worldbuilding to social media characters:

“We really think about being platform agnostic and story and character obsessed,” she said. Pandemic isolation and scrolling was a boon for the company, with ten times the rate of growth on TikTok versus YouTube, Instagram and others.

Qai Qai is an Instagram star inspired by Olivia, Serena Williams’ daughter, and her real baby doll. When Serena and family started posting Qai Qai on Instagram, fans fell in love with her.

“Serena would joke that after a tennis match, people wouldn’t even ask about the match — they’d be like, ‘Did Qai Qai come to Wimbledon?’”

Invisible Universe brought Qai Qai to life as a 3D animated character with her own world, storyline and fans, building an impressive following of 3.7 million across all social platforms. And yes — you can buy a Qai Qai doll on Amazon.

Biggio noted that creating original IP normally costs a significant investment of time and money. Partnering with celebrities and leveraging their pre-existing brand and audience can be a “rocket booster” for introducing original characters like Kayda & Kai, a partnership with model Karlie Kloss.

Biggio relies on an “egoless” process of building character and story based on fan engagement. For example, after Squeaky and Roy (characters inspired by the D’Amelio sisters) did the flexibility challenge on TikTok, users “went nuts” wanting to see more of the 3D bedroom Invisible Universe had created just for this challenge.

They built out the room so Squeaky and Roy could do a room tour, a piece of content that performed better than anything in the previous month.

“The audience is helping us to drive and we’re responding,” said Biggio.

Invisible is counting on this process of co-creation to build fan loyalty and drive future content and products, like movies, children’s books, and yes, NFTs.

Although all of the characters are based on celebrities, Biggio stressed Invisible’s commitment to appealing to diverse audiences. “We hope that our IP could birth the next 100 Year entertainment franchise,” she said. “And because we have that incredibly lofty and ambitious goal, we also have an obligation to make sure that we are telling stories that represent those audiences.”