dot.LA Summit: LA Investors on Tech Resilience and the Future of Work 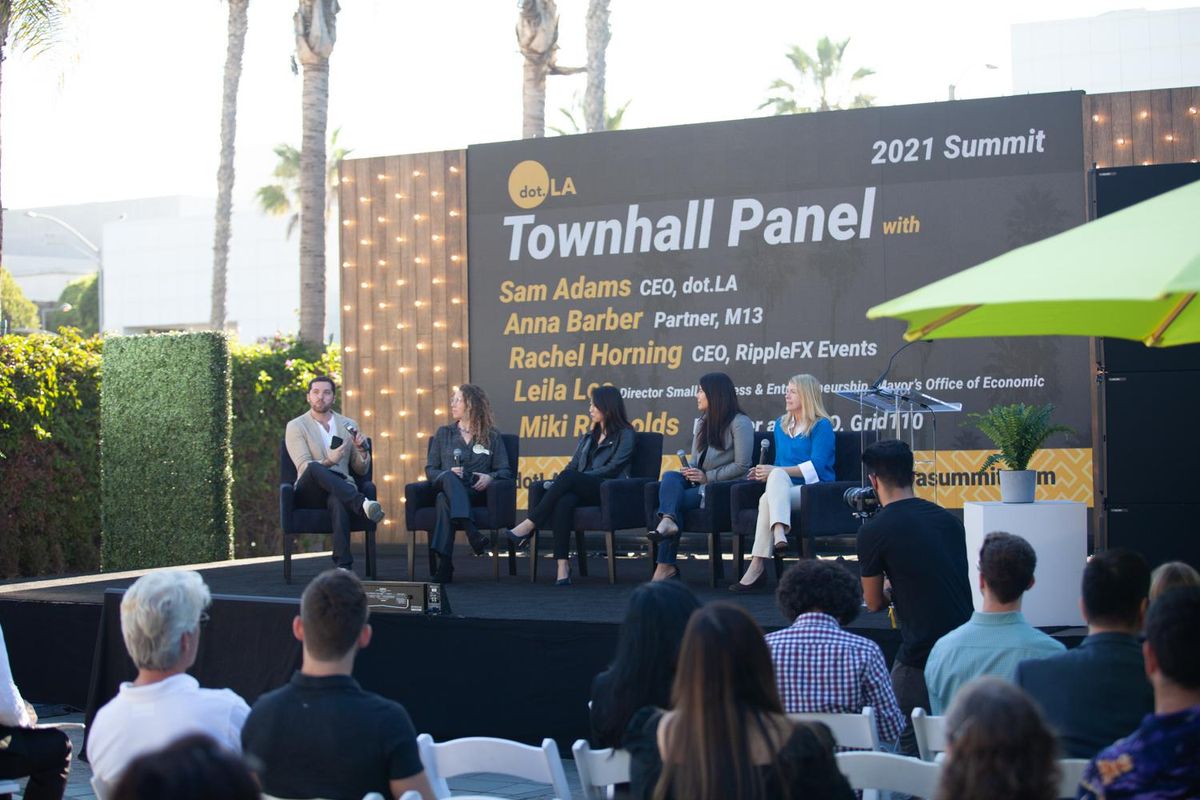 Plenty of tech firms laid off workers as the pandemic took hold, but the industry ultimately raked in record profits as schools and offices spent big on remote tools and lockdowns drove shoppers toward digital services.

But there are challenges ahead for the startup community, like adapting to workers’ evolving needs and expectations and building climate change mitigation into investment strategies.

Those were some of the takeaways from dot.LA’s Town Hall panel on “rising from the COVID-19 ashes as a thriving startup ecosystem,” which also explored how the virus is reshaping work. The talk was moderated by dot.LA CEO Sam Adams and featured Barber, RippleFX Events CEO Rachel Horning, Grid110 CEO Miki Reynolds, M13 partner Anna Barber and Leila Lee, of the mayor’s Office of Economic Development.

“Moving all of this activity to digital actually helps open up access. It’s a lot easier to jump on a video call than it is to travel around to all these offices,” Lee said.

The flexibility of not going into an office and spending hours of the week on the freeway has also led some workers to reevaluate their careers.

“We really all have to think about whether the 40-hours-a-week, 5-days-a-week [model] makes sense in today’s work world,” Barber said.

Earlier this month, the U.S. Labor Department reported a record number of workers quitting their jobs as many people returned to a world where long commutes and low pay were less desirable than ever.

The shifting patterns have built excitement for venture, which has poured record amounts of cash into building new digital ways of life.

“What’s happening in tech is really exciting. You could say, ‘oh no, we’re in a bubble,’ but I think the other way of thinking of that is we’re in a period of rapid innovation because we’ve dealt with terrible challenges,” Barber said.