dot.LA Summit: Once a Moonshot, Los Angeles’ Venture Scene is Bigger Than Ever 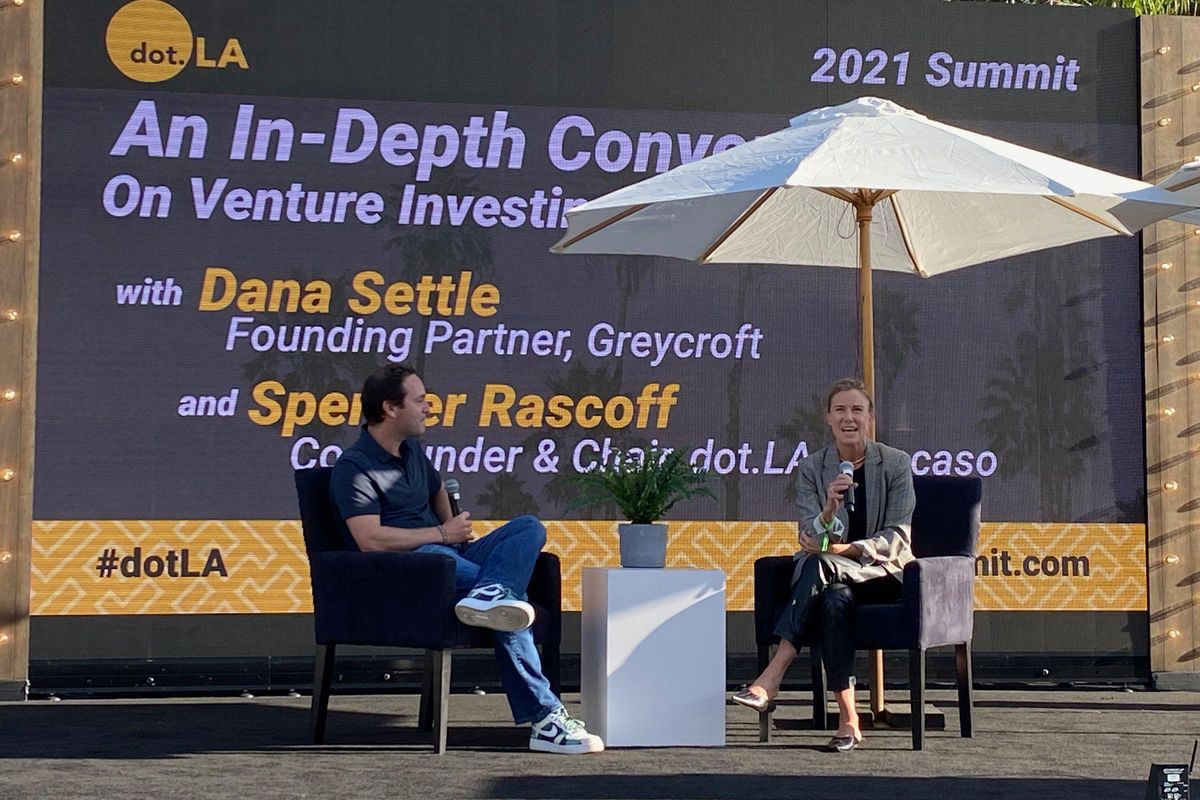 Los Angeles has long taken a back seat to San Francisco when it comes to investing in and incubating local companies, but in recent years the venture capital scene in Silicon Beach has exploded.

Greycroft Partners co-founder and partner Dana Settle told dot.LA co-founder Spencer Rascoff during the second annual dot.LA summit Friday that when she started Greycroft 15 years ago, her fellow investors in Northern California balked at her choice to leave the Bay Area and start investing in what was then a seldom talked-about market: Los Angeles. But since then, Settle’s happily proved the haters wrong.

Settle told Rascoff that being an early investor in LA technology wasn’t easy, and that over the years she also struggled to raise funding for Greycroft at first, which informs how she advises new companies.

“We are like a 16-year-old startup… and I promise you, by the way, to any of you founders, I have been turned down more than you have in fundraising,” Settle said to the audience at the dot.LA summit. “So I have lots of, you know, lots of scar tissue, which I actually think is important because (I) do empathize, I do understand that process.”

Greycroft has invested in some of LA tech’s biggest names, including Bird, Gwenyth Paltrow’s Goop, Maker Studios, Thrive Market and Culver City-based mobile game maker Scopely. The firm manages over $2 billion in capital and backs companies in various stages of development, from pre-seed to buyout. Some of the most notable companies Greycroft has exited over the years include Axios, dating app Bumble, and automated investing platform Acorns.

Rascoff noted that over the years venture capital investing has evolved to become more personal as firms shift to prioritize building a recognizable brand. “The other thing that’s changed is the importance of brand,” Rascoff said. “For the venture capital firm, in the earlier years of venture capital, let’s call it the Kleiner Perkins era in the 80s, 90s and 2000s, it was, it would be weird for them to have a website or a PR person and now, the social media presence of these companies… they’re a media company really, right. They’re putting out huge amounts of content.”

Settle agreed, and added that Greycroft tends to attract new clients that have networked with existing ones.

“Our sort of first principle is that venture capital is a long-term, repeat business,” Settle said. “If you believe that, then all of your interactions with founders and everything that you do every day, ultimately should build your brand, because ultimately it’s a referral business.”