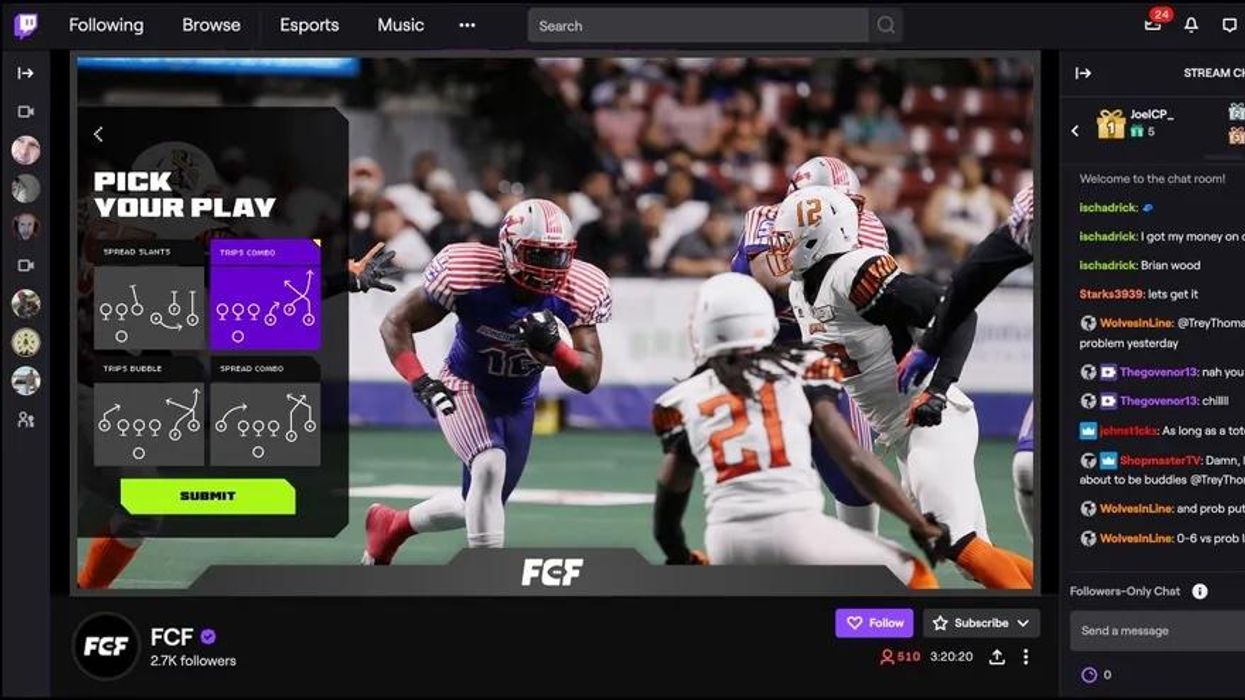 Fan Controlled Football, a pro football league that lets spectators who own crypto call the plays in the game, has raised a $40 million Series A funding round as it looks to double its team count ahead of its upcoming second season.

Additionally, Hermosa Beach-based FCF reported that all of the investors who backed its $11 million seed round in June 2020 joined the Series A, including Lightspeed Venture Partners, Talis Capital, Verizon Ventures, Correlation Ventures and Basecamp Fund.

Fan Controlled Football had raised $11.4 million in capital prior to the Series A, according to PitchBook data, which means the new funding would take its total amount raised to date to more than $50 million.

Representatives for FCF did not immediately return requests for comment.

FCF allows fans who hold NFTs to vote on the plays being called in real-time during games; the more engaged that a fan is, the more their voting power increases. The league’s matches are played in Atlanta at a studio arena that is set up to livestream the action, with games streamed on NBC’s Peacock app and NBCLX digital network, Twitch and DAZN.

With the new funding, FCF said it is doubling the size of the league from four teams to eight, with two of the new teams owned by leaders of popular NFT communities Bored Ape Yacht Club and Gutter Cat Cang. Another team, Knights of Degen, is led by the likes of “Entourage” actor Jerry Ferrara and former NFL players (and twin brothers) Ronde and Tiki Barber, while Team 8OKI is led by DJ and crypto advocate Steve Aoki.

“The successful strides that FCF is making within web3 are exciting…it’s a privilege to be involved,” Aoki said in a statement, adding that he is “really looking forward to building out our NFT community of passionate fans that’ll be calling all the shots for our team.”