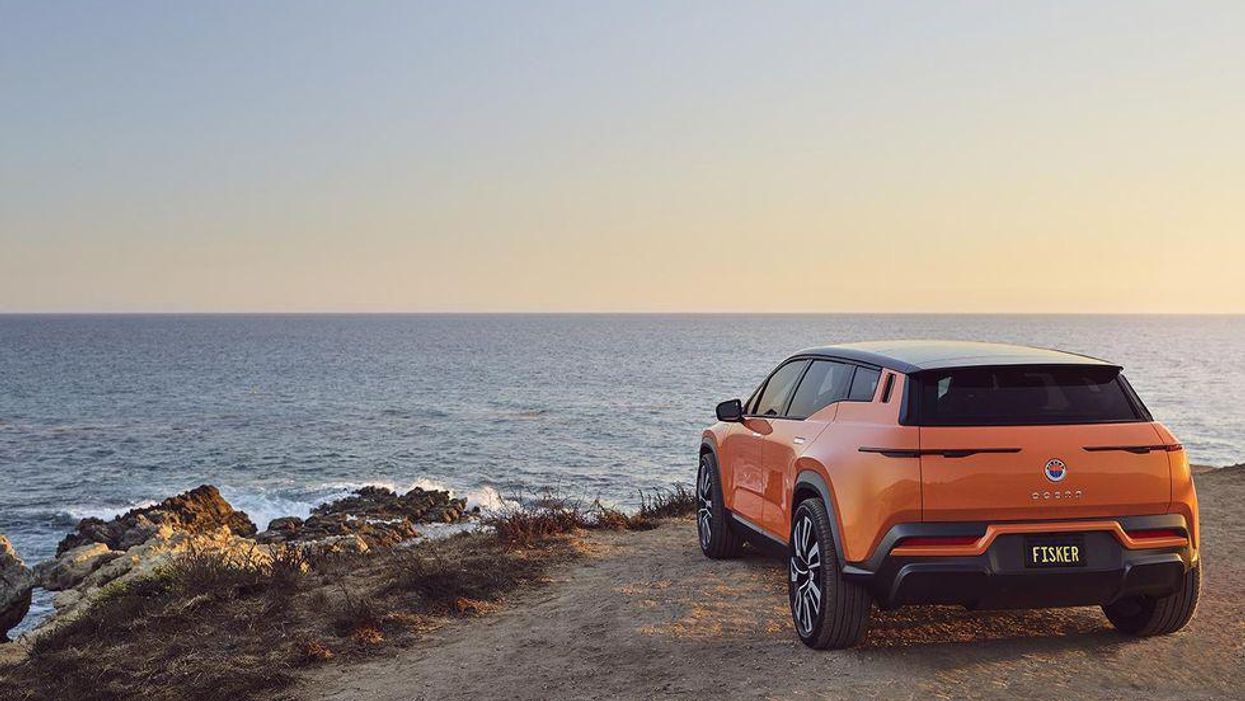 Henrik Fisker announced plans for what could be the world's first "climate neutral" vehicle, a car that will be built with the lowest-possible effect on the environment — from how the parts are sourced and assembled to the way it's charged and recycled.

The creator of eponymously named Fisker Inc. says the vehicle will be rolled out by 2027. That would edge out a promise made by Volvo Cars-owned Polestar in April to produce a climate neutral car by 2030.

The climate neutral plan will cover all stages of the vehicle in what Fisker establishes as five stages of the product's life cycle.

"We will prioritize partners with stated pledges to achieve climate neutrality," Fisker said. "We already deployed cross-company teams focused on sourcing climate positive materials and critical components such as aluminum, steel, electronics and lithium-ion batteries from companies with carbon-neutral commitments."

Fisker said suppliers will be located closer to where the vehicles are made and guided to use recycled and remanufactured components. At the same time, he said the company is also looking to figure out how to directly deliver vehicles to customer homes, rather than having diesel-powered car carriers transport them to a dealership lot, as a way to reduce environmental impact.

Fisker has bet a focus on sustainability will win the hearts of buyers and minds of regulators. The automaker, which went public via a SPAC last fall, still plans a line of four models by the end of 2025 and said he's not concerned about production delays because of the component shortages that have plagued the auto industry this year.

A pickup truck, which Fisker teased in a tweet on Dec. 31, would likely not only go after upcoming electric models from Torrance-based Canoo and Rivian, but also the Ford F-150 Lightning and upcoming General Motors models like the GMC Hummer EV. If inexpensive and compact, it could also compete against the recently announced Ford Maverick and Hyundai Santa Cruz compact pickup trucks.

The Ocean SUV is still scheduled to start production in the fourth quarter of 2022, with the first vehicles reaching customers by the end of that year. Fisker said the company plans to keep the Ocean EV SUV in its circulation of cars leased out to consumers for 10 to 15 years before it's recycled. The average age of a car on U.S. roads was 11.9 years in 2020, according to IHS Markit.

Rather than the off-lease vehicle reappearing on a used car lot, Fisker will take back ownership, recondition it and keep leasing it out for the remainder of the vehicle's life.

"We take the vehicle, we maintain it and we send it back out. That is sustainability," Fisker said.

Another vehicle, likely to be an SUV that will "redefine what a luxury vehicle of the future will be like" is also planned. The price target for this vehicle was unclear, but it would be higher than the $38,000 base price of the Ocean.

In February, Fisker announced a deal with iPhone manufacturer Foxconn to collaborate on a small electric car. He told dot.LA this sub-$30,000 vehicle currently called Project PEAR would be radically designed and targeted to all income and age categories, similar to BMW-owned Mini's approach with its small cars.

Fisker said Tuesday there have been no talks between Apple and his company despite the Foxconn deal.

Fisker is also working on a system that would direct drivers to public charging stations powered by renewable energy sources, Fisker said. And while the company will prioritize relationships with companies that use such energy, he admitted there will be little way to ensure customers were using sustainable energy to home-charge their vehicles.