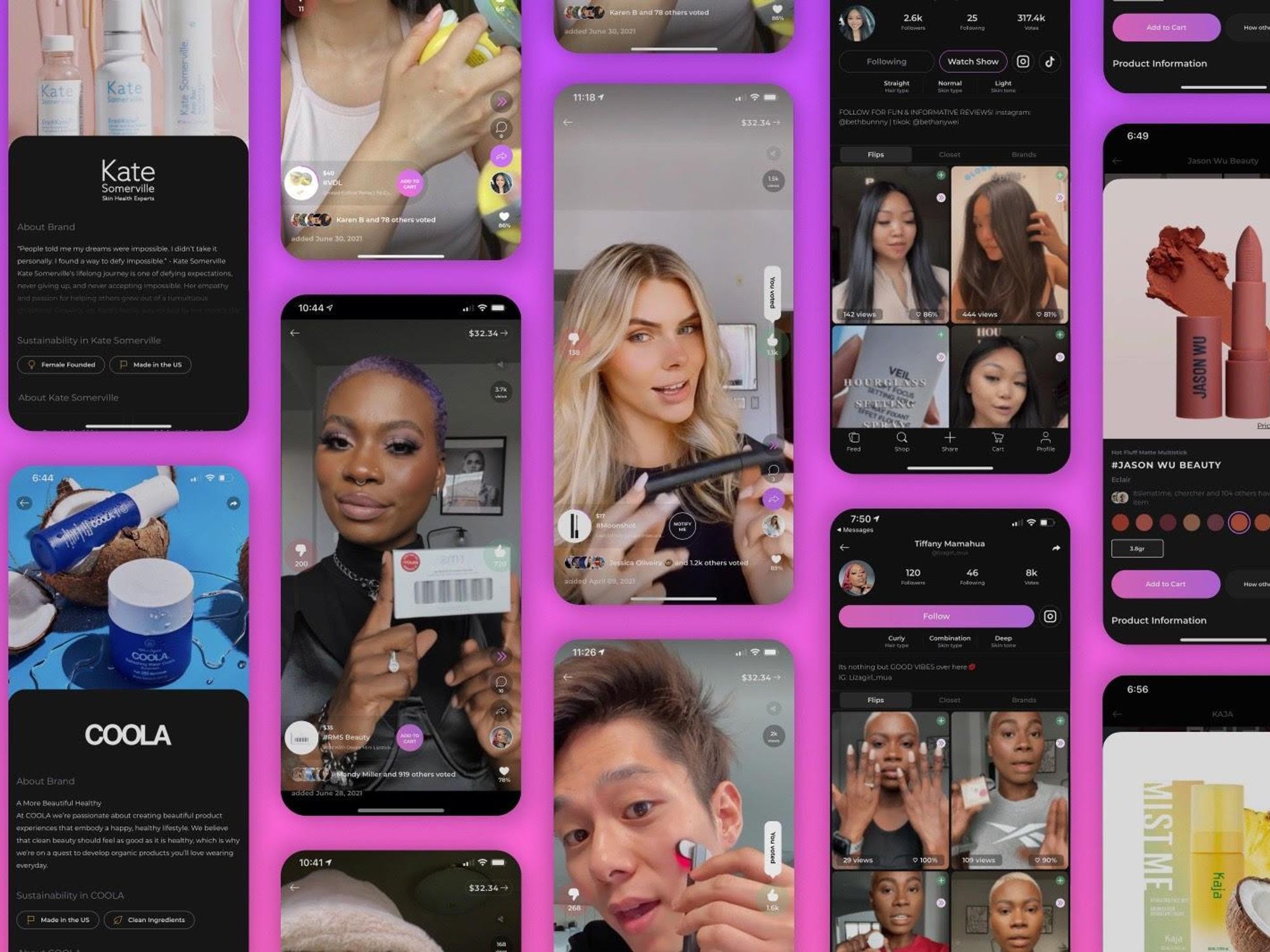 Its secret weapon — like all social media — are the influencers that make the 60-second videos populating the app. The influencers get paid by Flip based on engagement, so they don't have to rely on the brands to hawk their goods.

Flip CEO Nooruldeen "Noor" Agha said his goal is to be the first "honest" ecommerce platform, where reviews are controlled by consumers rather than brands.

Flip just raised $28 million in Series A funding, which will go toward expanding its user base and making more brand deals, the company announced Monday. The round was led by Streamlined Ventures and included Mubadala Capital Ventures and BDMI.

Launched in 2019, the platform combines aspects of typical social media platforms — like short-form videos and individual profiles – with ecommerce.

The Los Angeles-based company has partnered with hundreds of beauty brands, including Hourglass, CoverGirl and Algenist. To deter fake reviews, users have to buy the product directly through Flip before making a review on the product, Agha said.

Social media has long been an attractive place for beauty creators. Several brands have emerged from YouTubers such as Jefree Star. And Instagram and other social media platforms have adopted in-app sales as the medium has become a revenue generator for brands.

Creators can receive compensation for their reviews based on the size of the audience they get, which Agha said gives them an incentive to be honest. Brands and creators can also host livestreams to showcase products.

"You will see people saying really bad stuff about products and raving about other products," said Agha. "No one is incentivized to be positive at all."

Agha declined to comment on exact user base or revenue figures, but said the app has over a million downloads. He said Flip is adding around 20-25 brands a week and hoping to continue adding brands.

Agha, who immigrated to the U.S. from Iraq a little over two years ago, said he thinks a platform focused on honesty is needed in the ecommerce industry.

"My vision and dream about this is to build the first truly honest commerce platform," he said, "where people genuinely come and look at reviews and you go, "I believe it's genuine' and not to look at it with 'what is the catch here?'"