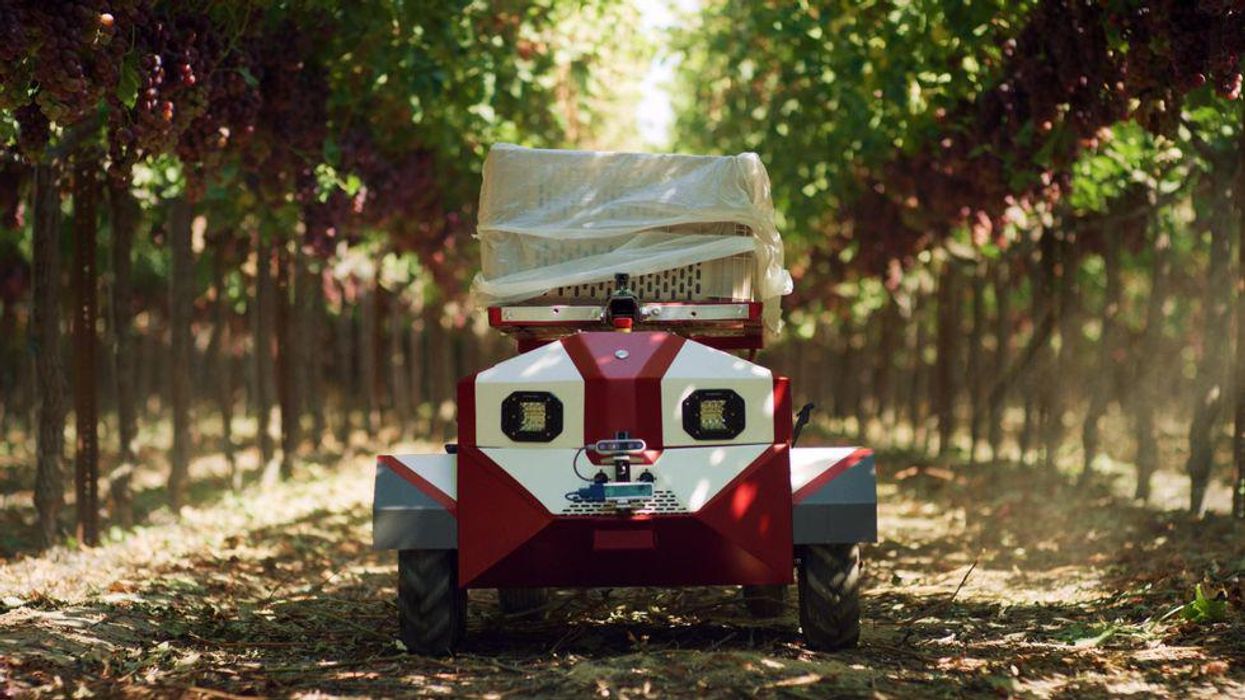 Until now, the company has had a few partnerships with small-scale farms, but this week the agriculture robotics company struck a deal with seed developer Sun World International that could take their robot to fruit carriers around the world.

Sun World licenses their patented plant genetics to 2,000 different growers farming across 55,000 acres in 16 countries. The terms of the agreement weren’t disclosed but the deal with Bakersfield-based Sun World effectively provides Future Acres with a distributor to 2,000 growers and a customer for the data the robots are collecting. It also gives them access to Sun World’s research and development facilities.

“This is massive for us, in terms of what it means for the growth of our company,” said Future Acres CEO Suma Reddy. “We think it’s a $144 million commercialization value just with this one partnership.”

In some ways, it was only a matter of time before automation that is sweeping other industries arrived on farms. The idea behind Carry is for humans to pick grapes and load them into a “smart wheelbarrow” until the cargo reaches 150lbs. Once that happens, the wheelbarrow pings the Carry bot to drive out to its location; from there the goods can be offloaded onto the robot for further transport.

In the background, a third piece of tech, known as the scheduler, is coordinating the movements of the robots and recording information about how many grapes are being picked and where. 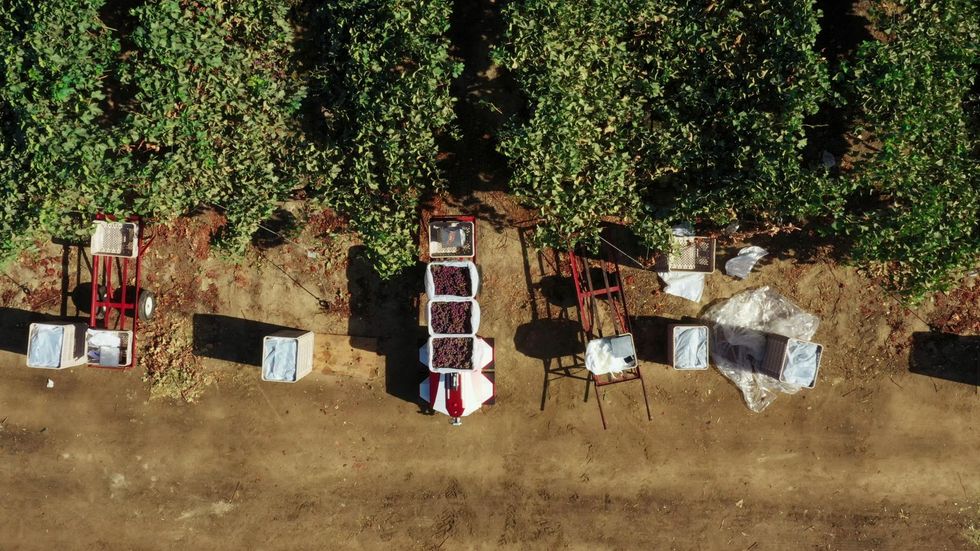 Future Acres designed their new robot, Carry, to lug boxes of produce from the fields to the sorting departments.

It might seem simple, but Reddy says a fleet of six Carry robots can increase production efficiency by 30 to 40%.

“Many farmworkers spend 30% of their time and energy transporting crops by wheelbarrow,” she said. “When you have a 30 to 40% efficiency gains, what that means in real terms is more boxes picked. That could be up to $81,000 [per year] if you’re using a fleet of six of our Carry systems.”

The robots eliminate worker travel time on the field and frees them up to pick more fruit (rather than carrying the fruit around).

This fall, especially in California, a shortage of workers has farm owners worrying that they won’t be able to harvest all their grapes. The shortage mirrors nationwide trends: The average age of a farmworker has risen to 42, summers are getting hotter and more brutal to work in, and the agriculture industry is failing to attract young people.

Nobody, in other words, is advocating for having fewer farmworkers, Reddy says. “The conversation doesn’t tend to be around the inefficiency of workers,” she said.

In addition to providing some much-needed help around the farm, Futures Acres also wants to sell the quantitative data it collects back to farmers. Reddy envisions a future in which robots are continually monitoring conditions around the farm.

“We can start to capture data on plant health quality. Are there diseases? We can start doing things like environmental sensing. Can we provide information to them that allows them to better manage their resources?” she said.

Data gleaned from the smart wheelbarrow could show where the most crops are being harvested and when, potentially offering a look at which areas of the farm are the most productive.

If all goes well, they may expand into other fruits beyond grapes and even look into a way to autonomously grow and harvest produce as well.