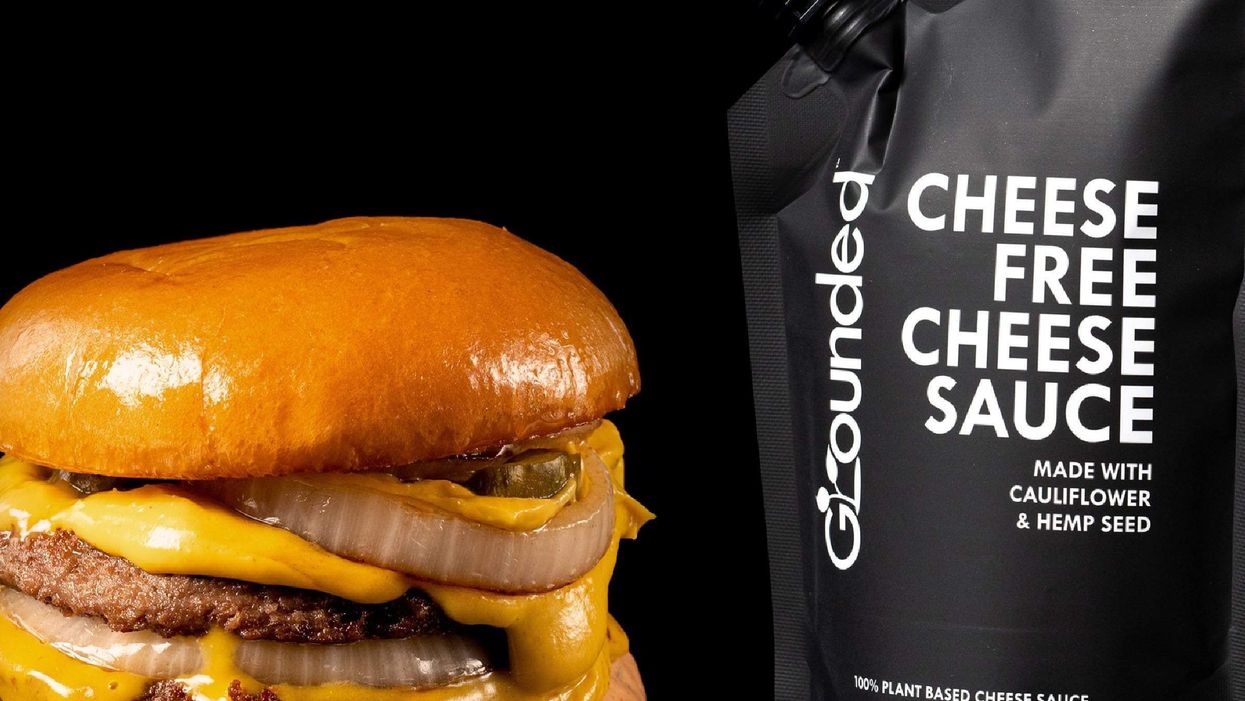 The couple aren't vegans or even vegetarians but Quade, who once guest judged the TV competition show Masterchef, had been trying to perfect imitation Camembert, Gruyere and Roquefort while the executive chef at the Australian upscale foraging restaurant Lûmé.

For more than a year he tweaked his recipe serving his clients "cheese" plates made from hemp. When his wife, Fil found out she thought he was onto something. After all, Velveeta is a household name, so why couldn't other faux cheeses be?

A trained economist Fil knew he could mass market the product and thought, "I'm going to steal my husband's recipe, commercialize them and build a company out of them just as a side project." 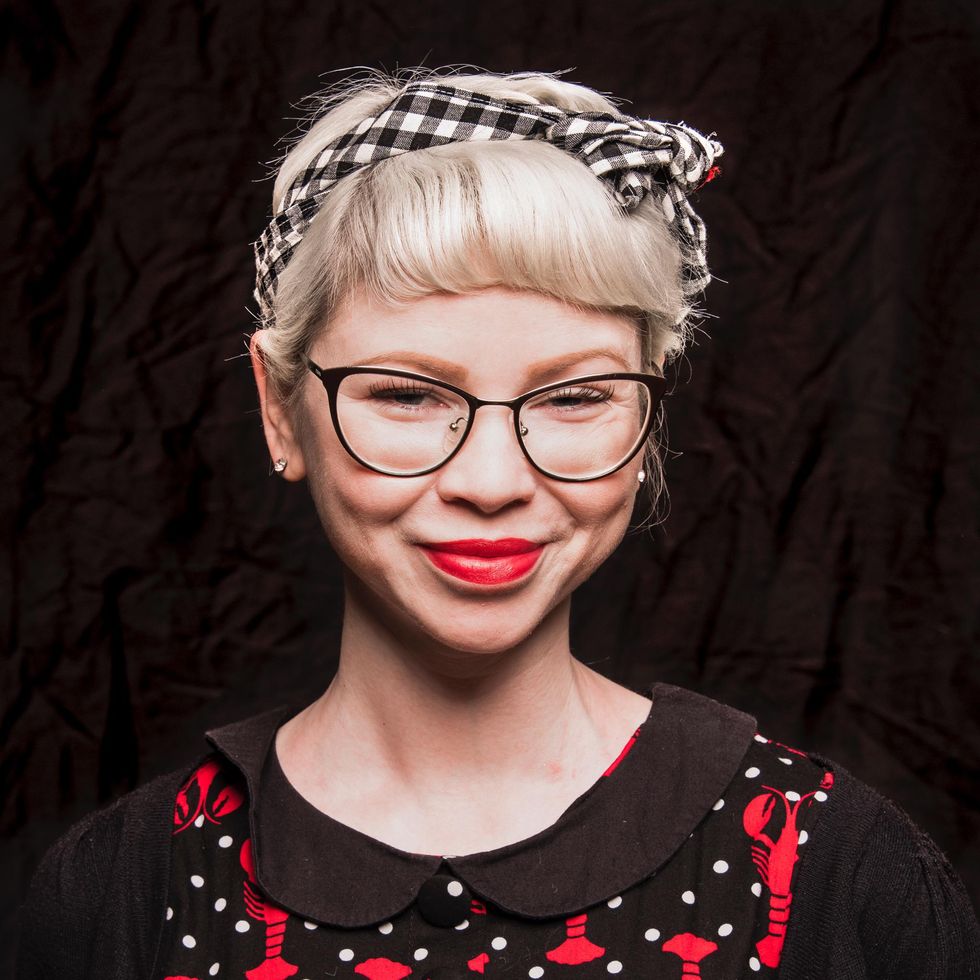 She did. Grounded Foods was born in 2019. The two went out to find backers and it was then during a meeting with one investor that changed their strategy.

Originally, they hoped to open up a restaurant in West Hollywood to feature their cheese, but when the investor offered $2 million for the recipe they knew they had to think big.

"That's when we reevaluated everything," Fil said. "That was the moment I convinced my partner to just give up on the restaurant and just double down on becoming plant-based cheese moguls."

Fil's side hustle turned into a full time business.

The couple decided to move from Australia to Los Angeles where there is a much larger market for vegan products. Seven days after receiving their first investment of $200,000 in venture capital, the couple sold everything, packed up their poodle, and flew to New York for the accelerator program (Big Idea Ventures), getting ready to commercialize the product.

"When we got to the US, we quickly realized that those products would be too niche for the market here," she said of the Gruyere and other cheeses Quade was serving often as part of a charcuterie board. So they switched to cheese that appealed to the mass market in the U.S. including cheddar.

The company uses a fermentation process that harnesses the proteins and fats contained in hemp and allows them to achieve textures that closely replicate dairy cheese. One of the main ingredients is cauliflower, which has a rich flavor that the company allows it to forgo artificial additives.

Grounded Foods offers three cheeses - a Hemp Seed Cream Cheese, Hemp Seed Goat Cheese that packages in cubes and its Cheese Free Cheese squeeze-on sauce akin to American cheddar. The 8 ounce package ranges in cost from about $4 to $7 dollars. All three are available online and at some Whole Foods Markets and Bristol Farms in Los Angeles.

The global vegan cheese market size was valued at $1 billion in 2019 and is expected to grow at a compound annual rate of 12.8% from 2020 to 2027, according to Grand View Research. 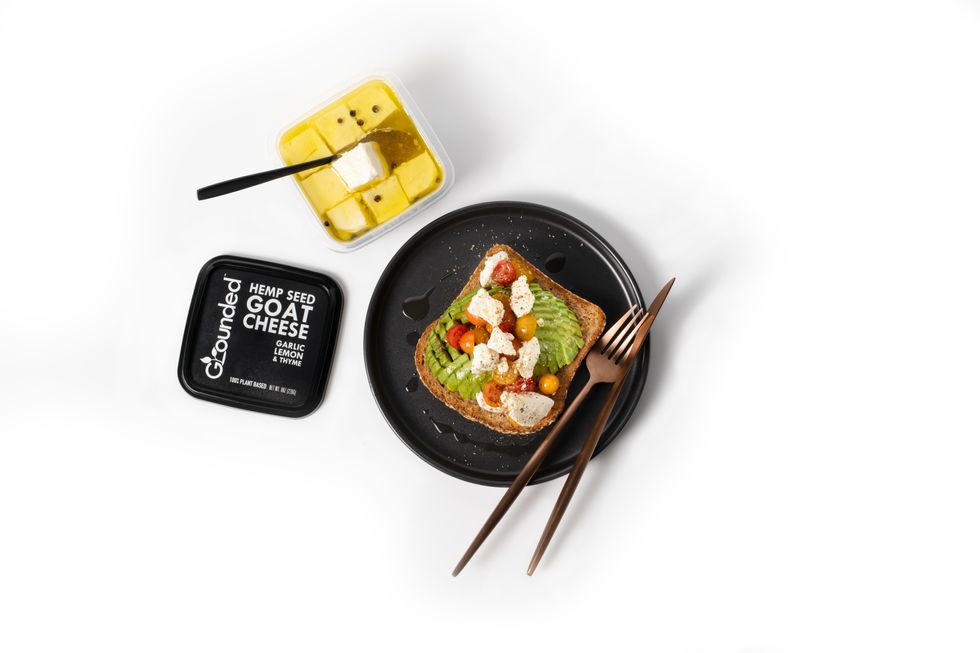 Fil said the product is so good that she thinks the company can go head to head with dairy makers for their customers. Because the product is made of hemp and cauliflower, it is a healthier alternative to dairy cheese that's high in cholesterol and saturated fat.

"I think vegan consumers have options that they already like, we're not trying to compete with that," she said.

The startup will use the money to get the company through the next six months and act as a buffer throughout the holiday season, as they are expecting this period to be a bit slow.

Fil said they had zero savings when they started the company, "it blows my mind that we've been able to get to the other side of the world and have a company at this level, and be in a position where we can ask investors for another 2.5 million just for the next few months."