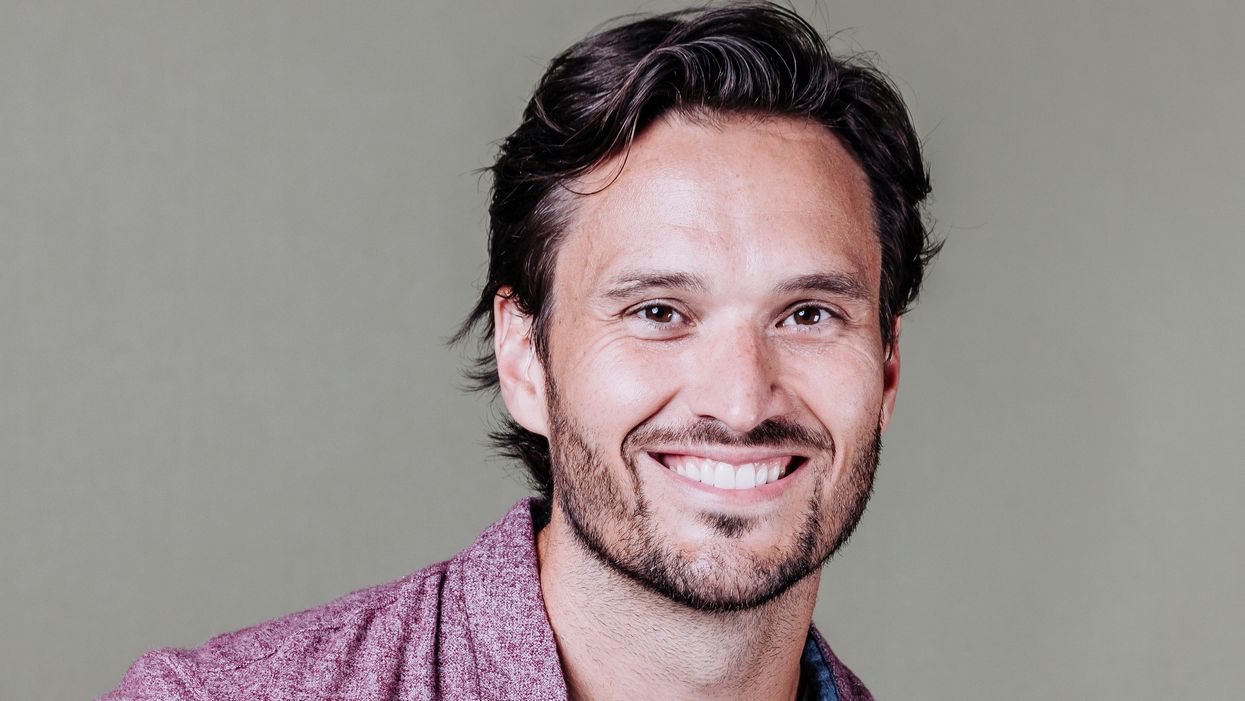 A decorated Marine who led troops through combat in Iraq and Afghanistan for four years and went on to build a successful nonprofit that deployed military veterans to disaster relief, CEO Jake Wood wants corporate America to give back.

Wood said he was inspired to become an entrepreneur because his time in the armed forces taught him to “embrace the suck.” After witnessing humanitarian disasters on a global scale firsthand, he became determined to lead companies that could lead social change.

His answer was El Segundo-based startup Groundswell, a Google-backed app that gives employees a way to offer charitable giving as part of their benefits package.

“All the data suggests that millennial and Gen Z talent, they want to work for companies that have alignment with their values,” Wood said. “What better way for a company to demonstrate that by saying, our values are your values meaning, what what you value we’re willing to invest in — versus saying, we’re going to choose the issues that are important for us to address and solve, which is how corporate philanthropy traditionally has been done.”

Wood served in the Marine Corps as a decorated sniper before founding Team Rubicon, a nonprofit that deploys military veterans to help with disaster relief, in 2010. The company raised over $300 million in the 12 years Wood led it, and grew to over 150,000 volunteers worldwide.

Wood stepped down from his job as CEO of Team Rubicon in this year to launch Groundswell, a company he felt could do as much good as Rubicon.

“I didn’t want to be an entrepreneur again if it meant, like, shipping cat food faster,” he recently told the New York Times.

His new venture couldn’t be farther from that. Backed by GV (previously known as Google Ventures), Human Ventures, Marina del Rey-based Moonshots Capital, Felicis Ventures and Core Innovation Capital, the company raised a $15 million seed round. Groundswell will use its sizable seed round to hire new engineers and product staff as it get its app ready to debut in the first quarter of 2022.

Wood wouldn’t disclose what companies are signed up to already use the platform, but he said there is a range, from Fortune 500 firms down to hedge funds and venture- backed companies that are “red-hot” and about to go public.

He argued that beyond just doing good, companies also stand to gain from offering philanthropic benefits because they could help keep employees happy.

“Companies are scrambling to win in the talent war and that means that they’re constantly trying to reinvent their benefits packages,” Wood said, noting that COVID-19 “exacerbated” the trend.

“Most people would be surprised to learn that more American households contribute to charity every year than they contribute to a 401K,” Wood said. “We think that charitable giving can just as easily become a non-negotiable element (of the compensation package) alongside it.”

Groundswell sells to employers, who use it to allocate tax-deductible funds for their employees to donate to a registered 501(c)(3) charity of their choice. Wood told dot.LA that one selling point for potential workers to use the program is they can donate pre-taxed income.

“By rolling out a platform like Groundswell, a company can first just give that money into the account for the employee to give away, which means that it’s never counted as income for that employee, yet they still get the benefit of directing where that contribution goes,” Wood said. “The company takes a full tax write off for that contribution to the employee.”

Wood said the pandemic prompted an acceleration in companies rethinking their (as he called it) corporate social responsibility departments, and re-evaluating how they give back. Usually companies that offer charitable giving reserve the right to restrict employee donations to a specific set of nonprofits, but Groundswell would let workers send money wherever they choose.

Editor’s Note: This story was updated to reflect GV’s name.