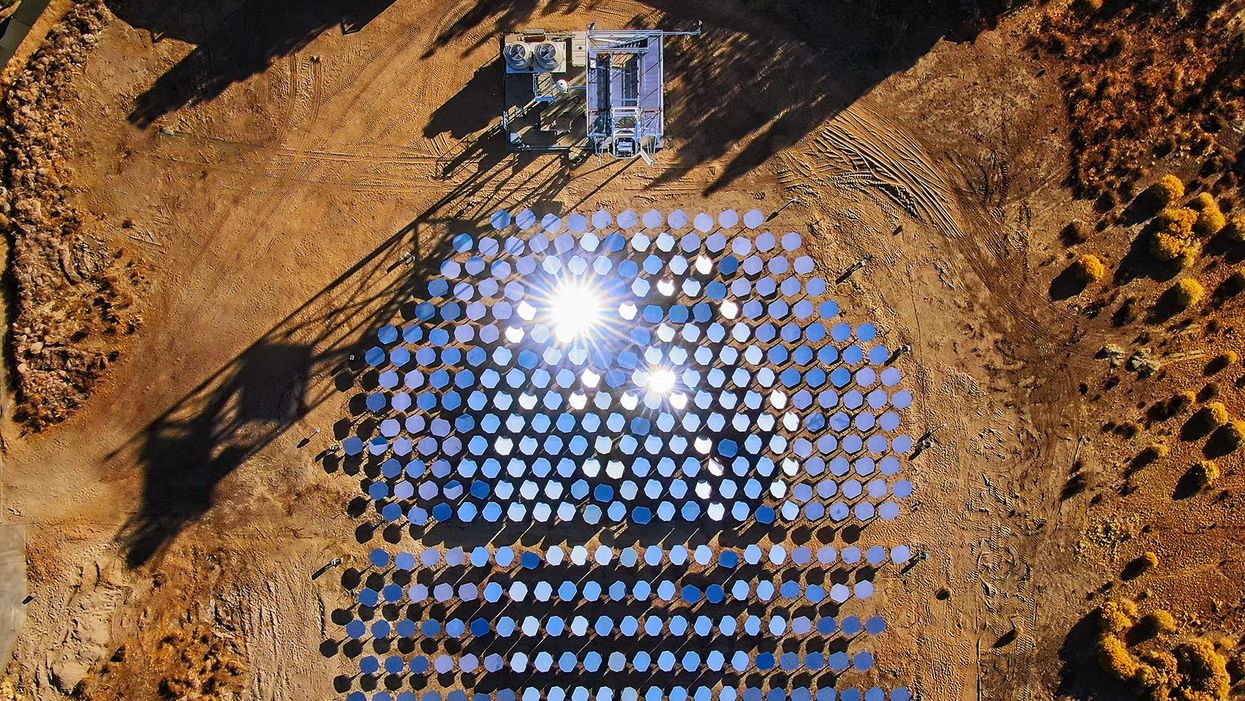 Serial entrepreneur and Heliogen CEO Bill Gross calls it the Sunlight Refinery. In the fall of 2019, the Pasadena startup unveiled a Lancaster facility designed to capture carbon-free thermal energy at over 1,000 degrees Celsius using a cluster of mirrors.

On Tuesday, the company got a boost. It announced a $108 million investment from giants including the mining company ArcelorMittal and Edison International to deploy the system around the world.

"This infusion of new support for Heliogen comes at a time when the paradigm shift toward clean energy is even further accelerated by the new realities the world is facing," Gross said in a statement.

The founder nurtured the startup in his own Idealab incubator, also based in Pasadena, which has so far birthed some 150 companies tackling carbon emissions and global warming.

"We are trashing the Earth," Gross said to a crowd at last year's Upfront Summit. "The world is completely ready [for clean energy]. I am very passionate about making this a reality in my lifetime."

The lofty raise includes two separate funding rounds: a $25 million round followed by an oversubscribed $83 million boost that pulled in the new backers. Add those to Heliogen's previous investors: Bill Gates, Patrick Soon-Shiong, Nant Capital and others.

It comes three months after the company announced it would launch the AI-powered system at Rio Tinto's borates mine in Boron, California. Once set up, the system will power the mine by creating and storing carbon-free energy from solar heat — a move that would drop carbon emissions at the site "significantly," according to the company.

The company will sink the money into deploying the systems first in the U.S. before "other regions with strong solar resources."

"We're being granted the resources to do more projects that address the most carbon-intensive human activities and work toward our goals of lowering the price and emissions of energy for everyone on the planet," Gross said in a statement.

The goal, he continued, is a "post-carbon economy."