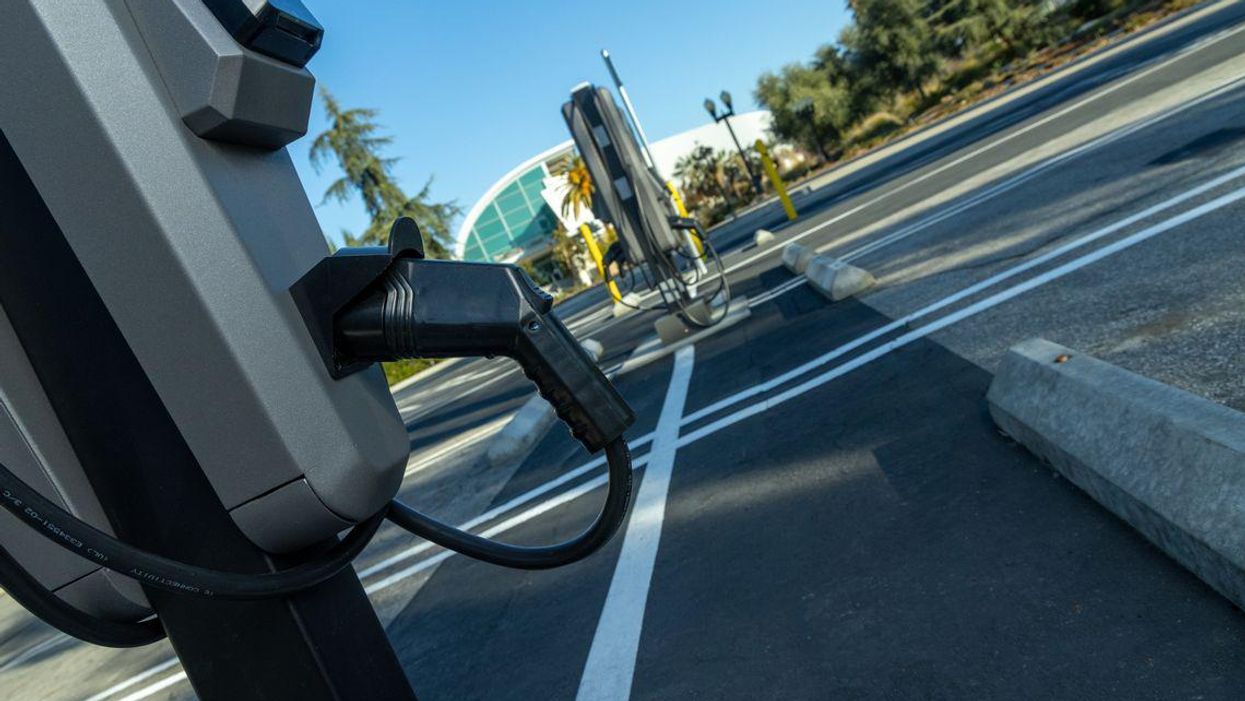 Charging an electric car should soon get a bit easier in Southern California.

The region's largest power utility announced that it plans to install 38,000 electric vehicle chargers in the next five years as the state looks to ban most gas-powered car sales by 2035.

Southern California Edison (SCE), which provides electricity for most of Los Angeles County outside of the city of Los Angeles, announced Monday that it's putting down $436 million to build a network of chargers at businesses, schools, government agencies and apartment buildings.

Billed by SCE as the largest EV charging program run by a private utility company in the U.S., the company will offer qualifying customers installation and maintenance of the chargers. Customers must pay for the installation up front, but can apply for a rebate through the program.

Various companies are scrambling to identify areas that need more charging infrastructure to support the anticipated surge in electric vehicles over the next few years. Electric cars account for about 1% of cars on U.S. roads today, but environmental and government pressure means millions more are expected to be sold by the end of the decade. SCE's Charge Ready program will have an added emphasis on putting charging stations in multifamily dwellings, such as this Charge Ready pilot project at a condominium complex in the South Bay area.

Many automakers rolling out new EVs anticipate owners will charge their vehicles at home most of the time. But charging station companies and electricity providers predict there will be consistent demand for charging in areas such as parking structures, public lots and shopping malls — especially for people who live in multi-unit buildings without off-street parking or in developments that make installing home chargers difficult.

The Los Angeles Department of Water and Power, the city of Los Angeles' utility service, has installed chargers on street lamp posts near curbside parking, which goes with its incentives for low-income households to adopt EVs. Cities served by SCE, such as Santa Monica, have taken their own initiatives to install more public charging, and some automakers also offer customers discounts for Level 2 home chargers or prepaid cards for public stations operated by certain customers such as EVgo or ChargePoint.

SCE's program, called Charge Ready, builds on a pilot program started in the city of Lynwood four years ago with six chargers for government vehicles. It was later expanded with eight public charging stations at locations that include City Hall. Projects — including 200 public chargers at the Fairplex in Pomona and more than 100 throughout the city of Long Beach — were also funded through the SCE pilot program.