HP Is Piloting an Autonomous, Electric-Powered Trucking Service from LA 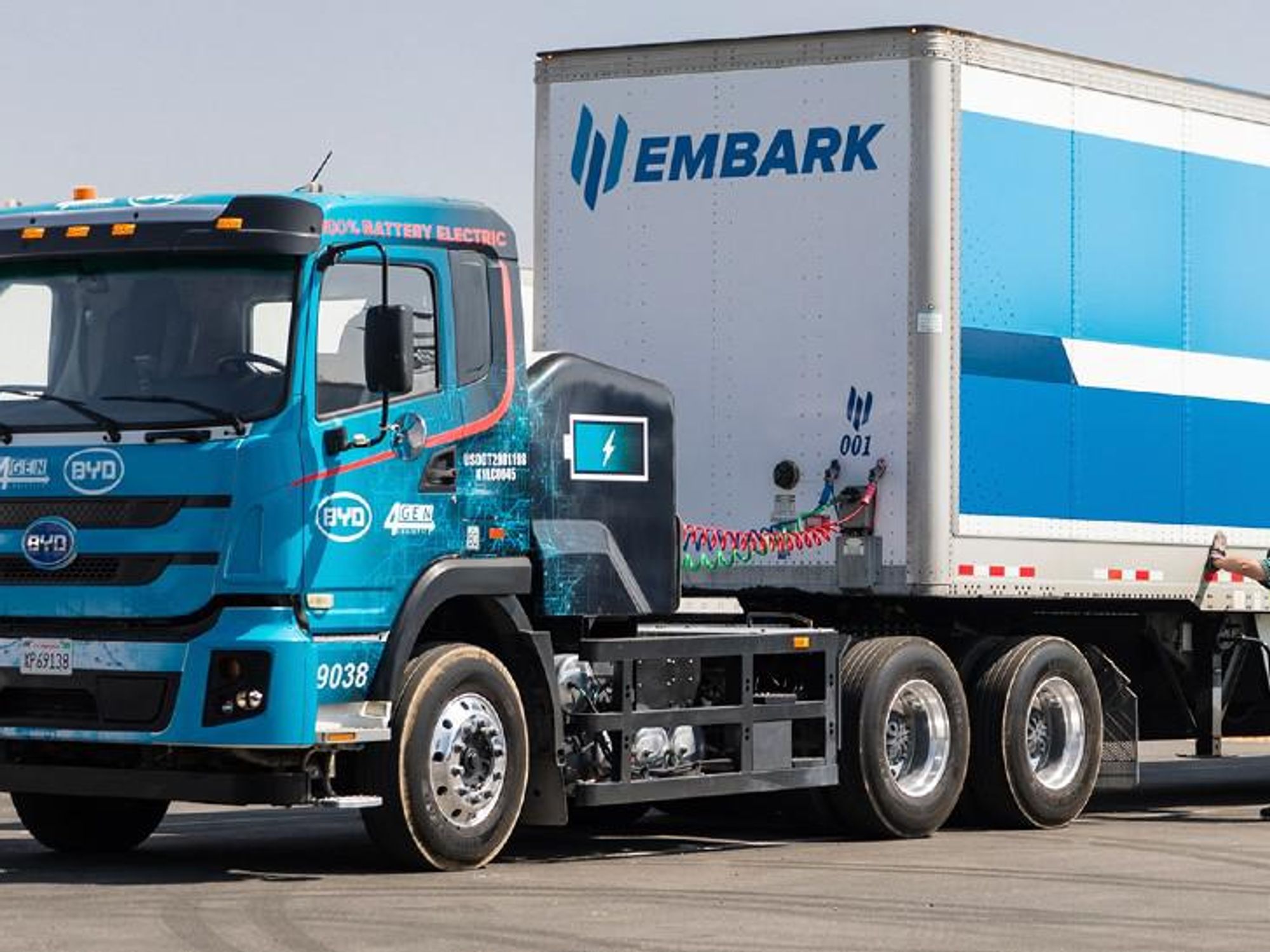 The COVID-19 pandemic has laid bare many defects in our society, but chief among them may be the fragility of our supply chains. From toilet paper to bicycles to lumber, the virus has shown that even relatively minor disruptions to the chain can cause long-term shortages of important goods.

In Los Angeles, a San Francisco-based autonomous trucking company is carrying out a new pilot program with computer hardware giant HP Inc. In the next couple of years, the startup wants to reduce emissions and transit times in HP’s supply chains. And if it’s successful, expand the model to other companies.

The shipping strategy uses a fleet of human-driven electric trucks, specifically the BYD 8TT, to make first and last mile trips: Goods move from an HP facility to a transfer point on a human-piloted electric vehicle. Then they’re moved onto a non-electric autonomous truck for the middle leg of the journey. Finally, they’re moved back onto another electric truck for delivery.

The program’s initiation comes just a few months after Embark announced a plan to go public via a $5.2 billion SPAC deal. They join competitors TuSimple and Plus in the publicly traded autonomous trucking world. The landscape is heating up and investors are taking notice, but the markets appear to harbor some uncertainty in terms of whether fully autonomous driving is possible, and if so, on what timescales. Electric on the ends, autonomous in the middle.

“All of these partnerships that advance transportation options and transportation possibilities are certainly welcome. All of this is motherhood and apple pie,” said Ram Pendyala, a transportation systems expert at Arizona State University. “The question is what is real and what is truly going to make a tangible and noticeable difference.”

The electric vehicle component of the pilot, Penyala said, is a no-brainer. Switching to electric trucks for short-range trips is an easy and effective way to significantly reduce emissions. Amazon is reportedly on the way to amassing a fleet of 100,000 electric delivery vans with the same intention. Sam Abidi, head of business development at Embark, said their preliminary research suggests that “the use of autonomous and electric trucks can remove up to 50,000 tons of CO2 from HP’s supply chain over 10 years.”

Embark is hoping to have fully autonomous trucks on the road in a pilot program as early as 2023, with commercial operations in the following year.

Pendyala said that’s a very optimistic timeline, but not uncommon for the burgeoning industry. His skepticism is well-supported by the history of autonomous vehicles: It seems like self-driving cars have been “about three years away” for 15 years now. Google’s self-driving experiment began back in 2009 (and has now morphed into Waymo, an Alphabet subsidiary) but has yet to produce a commercially available autonomous vehicle.

Tesla’s Elon Musk famously claimed that the car manufacturer’s autopilot software was “basically a solved problem” back in 2016, and, even as recently as January, suggested a fully autonomous vehicle would be possible by year’s end—a statement that has already been walked back.

By comparison, Embark was only just founded in 2016, but what may give the 200-person company an advantage is their singular focus on shipping. If their autonomous trucks only have to navigate highways and loading docks because human-driven EVs are doing the first and last mile work, the range of scenarios they might encounter is drastically reduced.

This model is, of course, dependent on regulators and drivers accepting the idea of driving on highways alongside an 80,000 pound vehicle with no human on board.

“I’m fairly certain we’ll see some quantum leaps in the development of this technology very soon. These partnerships are going to be what advances that,” Pendyala said. “For now, the human driver and the human delivery people are just inevitable. Don’t hold your breath for full autonomy. That is still far out on the horizon.”