LA Is Emerging As an ‘Early Adopter’ of Artificial Intelligence, Brookings Finds 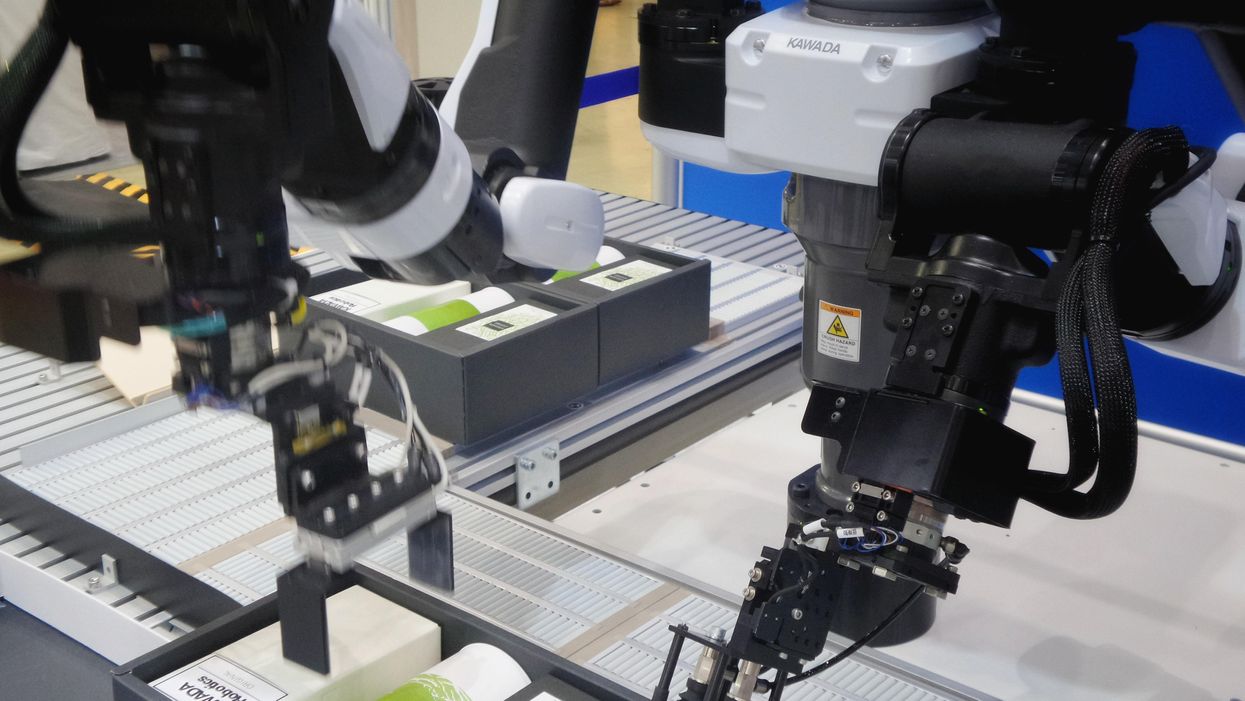 Artificial intelligence isn’t only used to develop robots that flip hamburgers or lift boxes in a warehouse; it has permeated our daily lives. Netflix’s algorithms predict what movies or TV shows we want to watch. Instagram serves up ads based on AI.

A new Brookings Institution report shows just how much it’s become part of the fabric for Angelenos.

The Institution studied hundreds of metropolitan cities to evaluate their AI strength when it comes to research and how local businesses have adopted AI technology. Los Angeles landed among the top cities in the nation.

While the Bay Area dominates and is considered a “superstar,” Mark Muro, senior fellow for the Metropolitan Policy Program at Brookings, said L.A.’s status when it comes to AI was a surprising finding of his research. 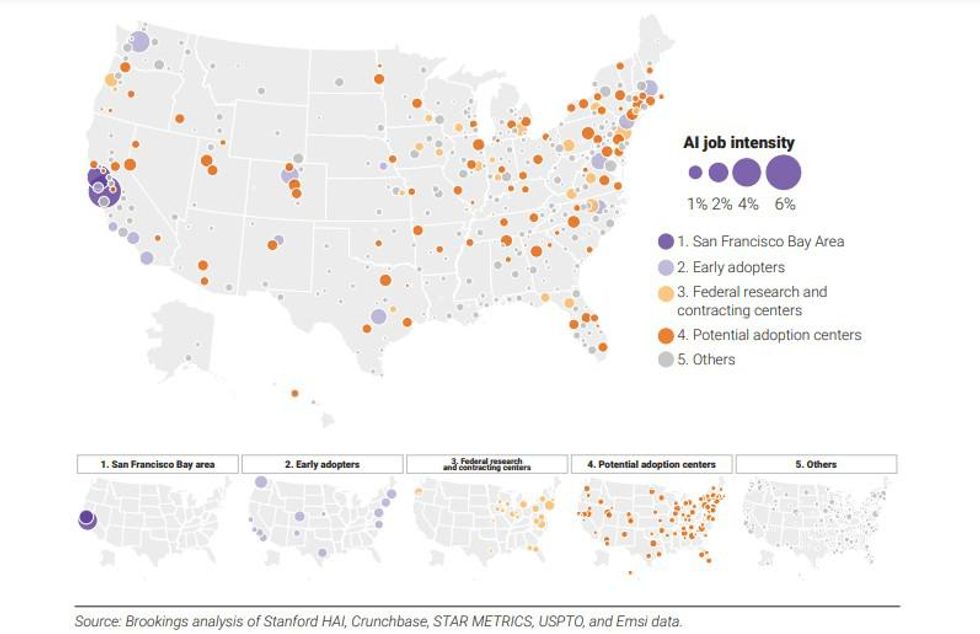 A quarter to a third of all AI activity in the U.S. is concentrated in San Francisco and San Jose, Muro said. Seattle, San Diego, Boston, New York City and Washington, D.C. rank above Los Angeles with major universities conducting a substantial amount of research and tech companies like Amazon, Microsoft and Google. Austin, Texas and Boulder, Colorado also rank above L.A.

L.A. companies outside of the traditional tech sector like Deloitte, Disney and Anthem ranked at the top when it comes to their adoption of AI, in addition to tech companies like Oracle, IBM and CrowdStrike.

“It may be that the biggest impacts in employment come from AI used by big companies or small companies in big industries,” Muro said. “I think that’s part of the special mix in L.A.”

The COVID-19 pandemic has also increased the use of AI to replace some service sector jobs.

Joseph Fuller, an AI consultant and professor of management practice at Harvard Business School said that the pandemic has fueled AI’s growth.

“It was already happening and it’s accelerating. Suddenly [companies] had to do it, it was the only way to serve customers,” Fuller said. “With more remote work, we had to be able to spread data and decisions and communicate more effectively.” 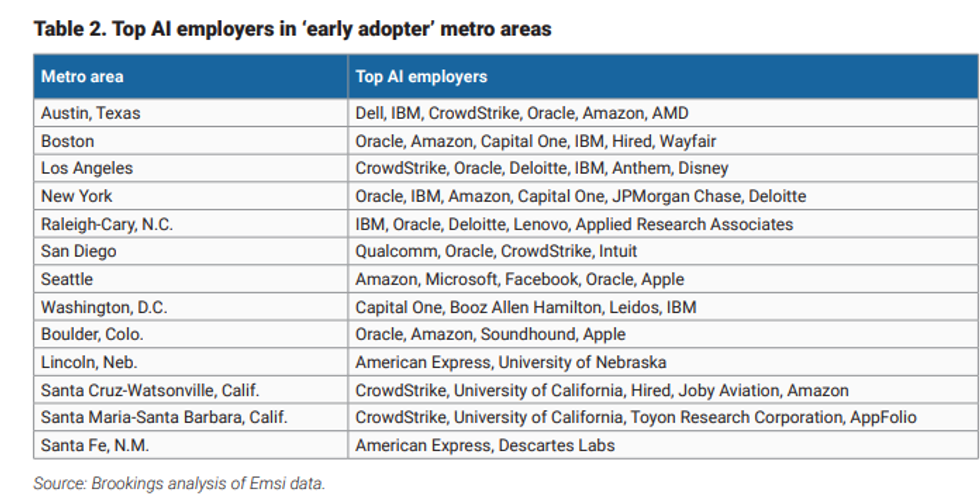 The research found that AI is increasingly viewed as the next great “general purpose technologies” that has the power to transform many sectors of the economy and can spur economic growth through increased productivity and reduced costs.

While AI job postings have quadrupled in the past decade, Muro found, just 3% of all U.S. firms have adopted AI applications in 2018.

Muro said Brookings undertook this research because it received a lot of inquiries from regional business leaders and economic development and tech people about the importance of AI.

He evaluated 384 metro areas and ranked them as early adopters, (the tier that holds L.A.), federal research and contracting centers, and potential adoption centers. There were 261 “others.” The San Francisco Bay Area was its own category.

The goal of the report is not to spur cities that aren’t as advanced into action, but to help them to first assess their positioning and then consider acting.

The report also discusses whether AI is going to be a “winner-take-most” industry or more spread out. Are these metro areas where there is a large concentration of AI research and commercialization going to dominate or do cities like L.A. and others stand a competitive chance?

Muro thinks it’s early in the nascent industry and there’s opportunities for L.A. to insert itself among the top echelon.

But, he warned, companies must be careful. Even as more and more industries are adopting the technology of the future to speed up processes or add efficiencies, there is a dark side. Biased algorithms used by mortgage companies reportedly denies applications from people of color in larger numbers. Facial recognition technology used by police can more frequently misidentifies people of color. And a recent incident involving Facebook’s algorithms labeled people as primates.

Part of the problem is the tech companies in the Bay area have largely employed white programmers and coders that impose their worldview on the software. That’s where L.A. has an advantage.

“A diverse, broadly distributed industry will likely develop fairer, more ethical products if it’s developed in more places, and not just in the homogeneous Bay Area environment,” Muro said. “The homogeneity of the Bay Area AI development community is a problem. Having more research and adoption conducted in more places, and in cities with greater diversity, will be important. “

“L.A. has got to make sure that more of its Black and Brown workers are at the forefront of technology.”

Muro pointed to an article from the Stanford Institute for Human-Centered Artificial Intelligence that found if it’s not, AI will lead to “greater concentrations of wealth and power for the elite few who usher in the new age—and poverty and powerlessness…for the global majority,”

In other words, AI has a risk of allowing the powerful to become more powerful and the rich to get richer.