LA Venture: UP Partners’ Ben Marcus on the Changes Coming to Aerospace 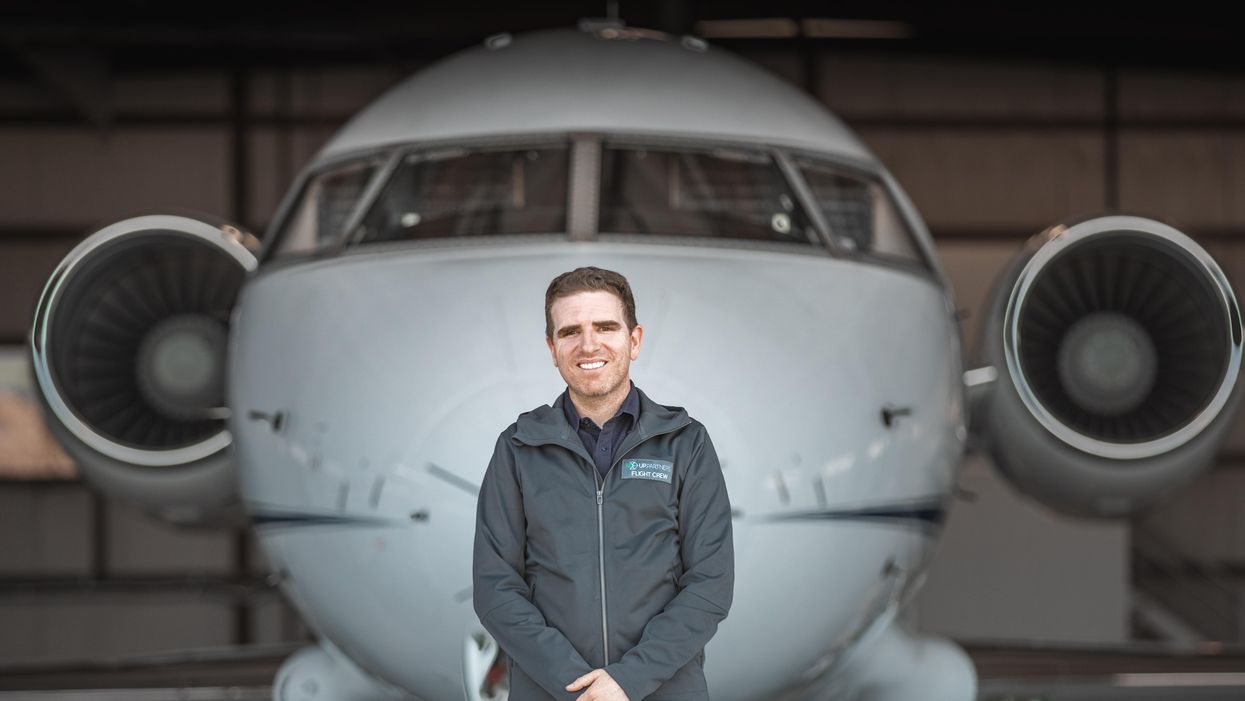 UP Partners’ Ben Marcus has been fascinated by flight since he was young. After stints as a founder of aerospace startups, he’s now working on funding some of the most ambitious companies in the space.

Marcus joined this episode of LA Venture to talk about his fascination with flying, founding UP Partners and the future of transportation.

Marcus and his longtime best friend Cyrus Sigari met at the Santa Monica airport as kids. The two shared a love for everything involving planes. They ended up going to college together, became pilots – and eventually started their first company together, jetAVIVA, the world’s largest broker of business jets.

As a young pilot, Marcus said he would fly over the traffic on the freeway asking himself, “Why is it that I’m one of the lucky ones that gets to be up here in the sky and everybody else is stuck in traffic? How do I get all these people up here in the sky with me?”

Marcus went on to found Airmap, a company that became a leading provider of an unmanned aircraft traffic management software. Now at UP Partners, a a $230M Fund I investing in entrepreneurs who are making transportation better, Marcus still has his hands in the aviation world – in particular, in laying the groundwork for a new infrastructure for a new breed of aerial vehicles.

He’s also deeply interested in how to move goods in more efficient and safer ways. Zipline, one of their portfolio companies, is focused on delivering humanitarian aid, including blood and medicine, to the places that need it most.

“For a long time, we’ve been hearing about Amazon, maybe someday delivering your toilet paper or your toothbrush by drone. But today, Zipline is delivering thousands of packages a day using drones in Africa,” said Marcus.

UP Partners is looking to support companies that are innovating in automation and electrification, Marcus said. Autonomy and automation in flight advanced beyond other sectors some time ago. Passenger and commercial 747s have been capable of auto landing for decades. The difficulty, Marcus said, has been in convincing FAA regulators to embrace innovation.

“So how do you take this really fantastic technology and make it acceptable to the public and fit within a regulatory construct?,” said Marcus. He envisions a slow roll out of the type of technology that can change the industry, most likely in cargo planes testing automation in rural environments where there are fewer people in harm’s way. Eventually, as it proves itself, he said, automation will find broader acceptance in passenger vehicles.

Electrification is another game-changing technology Marcus sees on the horizon. Because electric batteries don’t last as long as a typical fuel, Marcus thinks the technology will first roll out to aircrafts flying below 3,000 feet, on shorter-distance flights. Still, he thinks there could be far more of those flights, for instance, turning a 45-minute drive from Santa Monica to Pasadena into a 5 minute ride.

“These aircrafts will be quiet. They won’t emit any carbon when they fly. They will be fast, smooth, comfortable — and I think we’ll develop a very compelling service,” said Marcus.