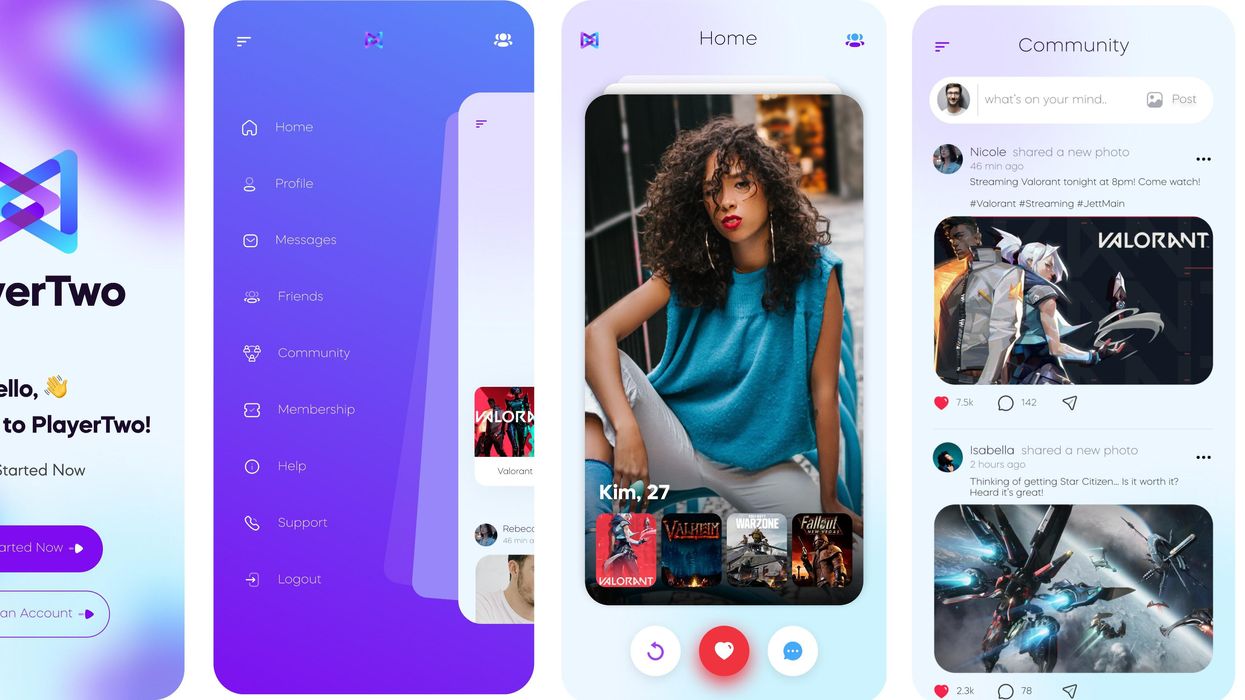 Summer 2021 was supposed to be the time for a post-pandemic romance. Dating apps in Los Angeles had plans to launch, reveal new features and get users back to meeting one another in real life.

Then came news that the U.S. wouldn't hit its vaccination targets and a new wave of infection emerged with the delta variant. As of July, it's still not clear when dating will return to normal. The rapid shift has left a number of new L.A.-based dating apps rethinking their approach.

Here's a quick look at some of the apps that have emerged from the pandemic, and some of the dating trends they've sparked.

A Social and Dating App For Gamers 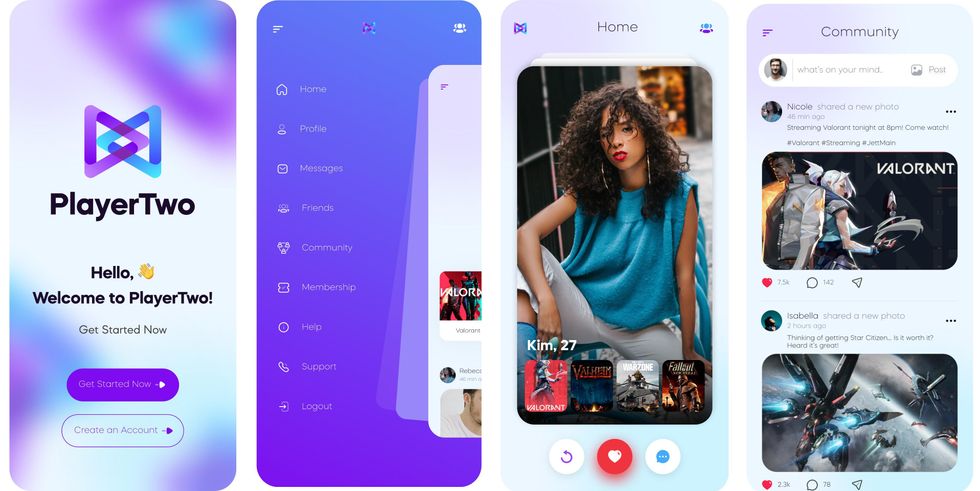 If there was a winning industry in the pandemic, it was video games. The industry surged during lockdown, and began to develop many of the characteristics of social networking and streaming sites.

San Fernando Valley filmmaker and avid gamer Sebastian Slaughter argues gamers, sometimes stereotyped as lonely homebodies, are the most social people in the world. That's where the idea for the dating site he's founding, PlayerTwo, came about.

PlayerTwo's community feature melds dating and streaming into a Facebook-style feed.Gamers worldwide can show off gaming clips, post about their favorite games, like someone's profile and comment on each other's videos.

"Hopefully, this app is something that can give people a middle ground to either stay indoors, and chat and play, or it can give them a platform for them to meet someone and go out and see them in person," said Slaughter.

It's not the only gamer-focused dating site out there, though. L.A.-based Kippo has been matching gamers with the help of cards that display users' favorite games, personality traits — even their astrological signs.

Slaughter said he hopes to differentiate his app by providing more community-building features.

"It's a stepping stone for people to begin chatting," he said. "Maybe there's a spark, maybe you're just looking to play with someone and you have free rein to find whoever, do whatever you want to do with the app."

PlayerTwo, which Slaughter bootstrapped himself, launches in August.

The idea for Blink was born out of an experience at a blackout restaurant in 2012.

"Literally, you can't see your hand in front of your face," said co-founder Taly Matiteyahu. "We were seated with other people at the table and had a conversation with them without having any idea what they looked like. And it was just an amazing conversation."

Later, when she met her dinner guests face-to-face, Matiteyahu realized she would have assumed they would have had nothing in common.

"I'm really passionate about helping people get past the implicit biases that they have without even realizing it," she said.

Matiteyahu and Laura Ciccone are working for other startups by day, while moonlighting to create their dating app.

With a focus on social audio, Blink schedules 10-minute speed dates with partners based on your age range, proximity and sexual orientation preferences. The app reveals only your date's name, and gives you a time to connect.

At the end, users are shown three pictures and have to figure out which one features the person they talked to, in order to test their assumptions. Ciccone sees the app as a kind of antidote to the current crop of dating apps that encourage fast-flipping through profiles to find a mate.

"Studies used to say that people swiped in four seconds. Now it's down to only one second of swiping," she said. "It's incredible, really. But like, is that really how you want to find love?"

Blink hopes to delight its users with unexpected matches, and serve an audience that hasn't been tapped by other apps.

"There are communities marginalized on other dating apps, we are definitely trying to kind of connect with as well. For example, Black women, Asian men, and people with various disabilities — they're not serviced very well by traditional dating apps," Matiteyahu said.

It got its initial funding through a Kickstarter campaign and is now seeking pre-seed funding.Their beta is scheduled to launch on August 6. 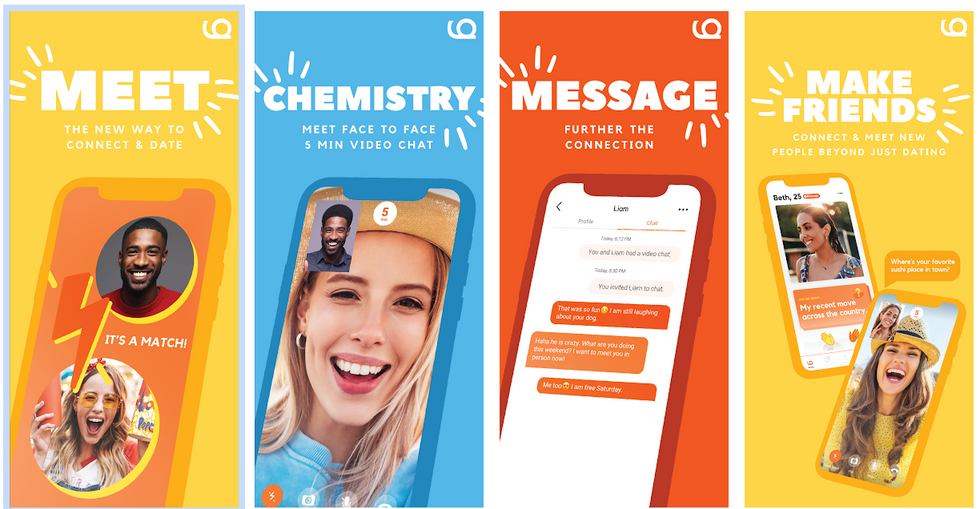 Graze takes the idea of virtual speed dating to video.

Launched last March at the start of lockdowns, the app lets users schedule five-minute Facetime calls after matching as a way of ensuring that they've found a good match before heading out on an in-person date.

The app evolved out of child actress Heather Hopkins' dating advice podcast. She said she was seeing so many dating apps promise, and fail, to find users the right date based on an algorithm. Hopkins said she was looking for something more organic.

"There is no science," she said. "It's about, you know, loving yourself. And then being in spaces where you increase that opportunity of meeting lots of different people and having real conversations and seeing what fits that's going to help you find the best person for you."

Though the app is available worldwide, Graze's core users are mainly Gen Z and millenials in Los Angeles and New York.

Graze has so far raised $1.5 million in pre-seed funding and is planning a big transformation, including a new name and a larger leadership team. Despite the challenges, Hopkins said she's looking forward to getting Graze's online conversations translated into real life connections with the upcoming changes.

"Another cool thing that happened to the pandemic is people definitely expanded their preferences, because they're like, 'well, I can't leave my house'. We had loved stories that happened because they were willing to expand those and they traveled to go see each other and hit it off." You'd be hard pressed to find a dating-app pandemic success story bigger than Lolly. The video-dating app that sees itself as TikTok-meets-Tinder has exploded in popularity after a soft launch earlier this year.

But co-founder Marc Baghadijian says its success had little to do with lockdowns.

"It doesn't change much — pandemic or non pandemic — people are using any apps. The pandemic actually had no change on our metrics," he said.

Still, Lolly's Gen Z co-founders are bringing in big tech names and celebrities as partners to help in hyping the app.

They include Disney actor Milo Manheim, Mike "Big Mike" Mijalk and "Too Hot to Handle's Harry Jowsey. Baghadijian said the company is also partnering with TikTok and has raised funds from former Ticketmaster executive John Pleasants.

"What is super important is that a lot of the social thought leaders are here. For a lot of the people that make things cool live in L.A. And we have a cool product. So naturally, this is like marriage," Baghadijian said.

Just as TikTok has, Baghadijian said, "made Instagram boring," so Lolly hopes to leverage social video to blow past dating apps like Tinder..

"Gen-Z doesn't like to do a lot of work. And they want to win," Baghadijian adds. "They want to meet people quickly."

Lolly, he said, aims to take all the friction out of online dating and inject more personality into users' profiles. The app is available in the app store, but hasn't yet officially launched, Baghadijian said. He plans to put a marketing budget behind it once a couple pending deals are finalized. "It's gonna be sick," he said. "We're going to be all over the place."