LA’s Delivery Robot Race Is On. Here’s How Coco Pink Robots Hope To Stand Out 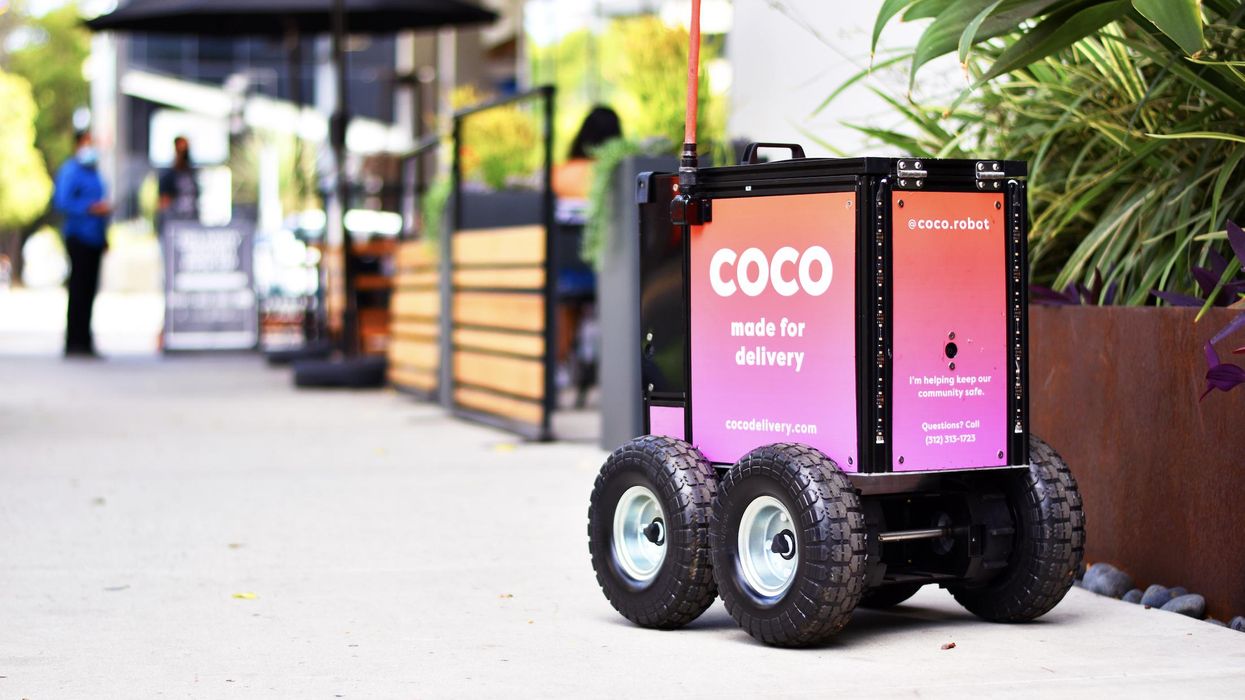 Equipped with GPS tracking, two-way microphones and a human pilot controlling it from far away, Coco’s 50-pound pink robots rolling around San Pedro, Santa Monica and other parts of Southern California are hoping to become a local mainstay.

Welcome to the delivery robot race.

As delivery bots take to the streets, Southern California has become a testing ground for companies like Coco that are trying to distinguish themselves.

The Los Angeles-based startup announced Wednesday that it raised $36 million in a Series A round led by Silicon Valley Bank, Founders Fund and the former president of Silicon Valley incubator Y Combinator and CEO of OpenAI Sam Altman.

Coco, previously known as Cyan Robotics, operates a fleet of semi-automated robots that deliver food across neighborhoods in Los Angeles. It’s one of several semi-automated robot delivery services that have popped up in California over the years including Kiwibot, Starship and Nuro.

The bots are piloted by remote drivers. According to the company, hundreds of stores and restaurants have signed up to use Coco’s bots, which fulfill orders within up to a two mile radius of the store.

Colapasta, an Italian restaurant in Santa Monica started using Coco several months ago after being approached by the company.

Owner Stefano de Lorenzo said fulfilling orders through Coco is slightly less convenient than working with drivers from delivery apps — staff has to manually load the food into the robot instead of just leaving the order on the table — but customer reception to the robots has been overwhelmingly positive.

“When we started using the service, I noticed that there were three, four or five different orders the same day to the same address,” he said. “So I guess people were just loving (the robot) going to the house.”

Rash said the company is aiming to shift how people think of food delivery: using small, lightweight electric vehicles instead of large, gas-powered vehicles transporting “a couple pounds of soup a couple blocks all day.”

Rash declined to say exactly how many robots the company has in its fleet, but claimed that Coco has the largest fleet out of all the robotic delivery services in Los Angeles, where the city is weighing regulations that could limit how many robots operate in certain neighborhoods.

The proposed legislation would cap the number of delivery robots a company could place in a city council district to 75 and require machines to yield to pedestrians and obey traffic signals and signs.

Some cities have implemented measures to help robot delivery companies. Santa Monica, for example, implemented a “Zero Emissions Delivery Zone,” where deliveries can only be made by robotic carts or Electric Vehicles.

This raise brings Coco’s total funding to around $42 million. The company is hoping to continue to expand, and is planning to continue increasing its fleet.

Launched in 2020 amidst the COVID-19 pandemic, the company has expanded operations from one Santa Monica neighborhood to six other neighborhoods in little over a year. In February, the company rolled out their robots in San Pedro, working with Councilman and mayoral hopeful Joe Busciano and the Chamber of Commerce. Several local restaurants including San Pedro Brewing Co. and Whale & Ale signed on.

Even as stores and restaurants continue to reopen after the pandemic, Rash said he’s seen delivery sales numbers continue to increase and believes that delivery is here to stay.

“The pandemic gave it a huge boost,” he said. “But I think what that really did is it changed consumers’ behaviors and let them understand the convenience that they can have by ordering delivery.”