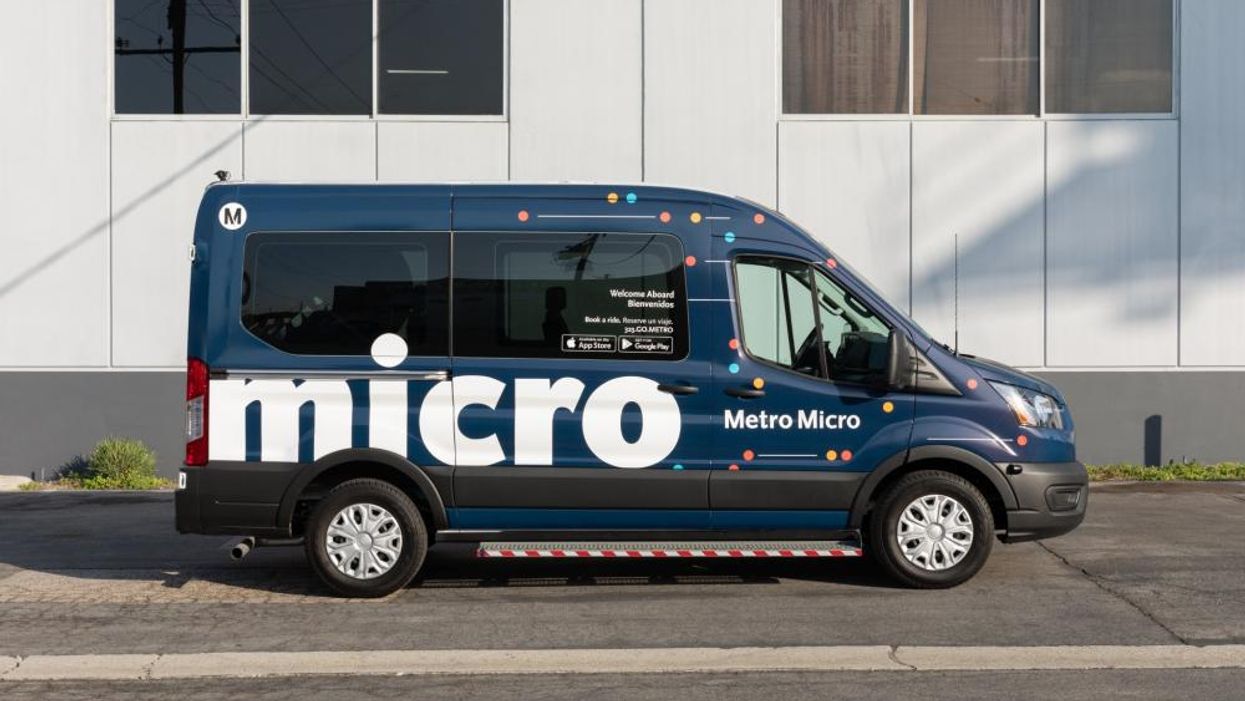 Metro’s answer to Uber, Lyft will be coming to Westwood/UCLA on Dec. 12 with the launch of its rideshare service Metro Micro in its ninth zone.

The micro-transit pilot program led by L.A. Metro’s Office of Extraordinary Innovation aims to bring rideshare to L.A. residents underserved by companies like Uber and Lyft and expand upon the agency’s existing fixed route buses and trains. The $1 on-demand service will run Monday to Friday from 9 a.m. to 9 p.m.

For years, ridership on Metro buses and trains has been trending downward, as more Angelenos opt to buy cars rather than take the bus. The growth of rideshare companies including Uber and Lyft has also siphoned off passengers year after year, according to one study, even as Metro has invested billions in its transit system.

In Jan. 2019, Metro launched its first rideshare pilot, Mobility on Demand (MOD) in partnership with rideshare company Via. The agency envisioned the pilot as a way to drive ridership to buses and trains, solving the first-mile, last-mile dilemma. The MOD pilot — branded as Via — operated in three zones, North Hollywood, El Monte and Compton.

After some early success, COVID 19 hit in March 2020 and the MOD pilot quickly pivoted to point-to-point on-demand rides rather than requiring each ride to begin or end at a Metro rail station. The service suspended shared rides and offered essential trips to work, the grocery store and the doctor’s office.

While Metro’s core bus and train services saw a 70% drop in ridership during the first months of the pandemic, MOD only experienced a 30% drop, according to MOD Senior Transportation Planner and Project Manager Shaun Miller.

Miller said last month at the transportation conference CoMotion LA that the MOD pilot went from serving over 12,000 riders per month at the end of its first year to 30,000 by December 2020.

The two-year MOD pilot ended without much fanfare in Jan. 2021. Metro converted to a new service and branded it Metro Micro in partnership with RideCo, a Canadian rideshare company founded in 2013.

Metro awarded the company a $29-million contract to develop and run the pilot as part of its NextGen Bus Plan. The total budget runs about $34 million, including the design phase.

The Metro Micro pilot initially launched in the neighborhood of Watts/ Willowbrook, which “occasionally it gets a pilot and then the pilot gets ripped out of there,” said Rani Narula-Woods, who serves as senior director of special projects and runs the Metro Micro pilot.

Metro wanted to expand services in neighborhoods the private sector hasn’t viewed as profitable in the past.

“Going into Watts is an investment in our communities,” said Narula-Woods at CoMotion LA. “When you're willing to bring what's cutting edge to the communities that we're bringing it to — that's equity.”

The UCLA/Westwood/VA Medical Center zone marks one year into Metro Micro’s three-year pilot program. Narula-Woods hopes that through the service, Metro can reach people who wouldn’t normally take public transit even as ridership on buses and trains gradually returns to pre-pandemic levels.

“We've seen people return, but for the most part when people have returned, they've returned because they've had to. They haven't returned to public transit because they love it,” she said. “So part of our goal here is really to build a service that people love.”

Although often described as an alternative to rideshare services like Uber or Lyft, there are crucial differences: Each zone operates on a set schedule, not 24 hours a day. Riders cannot travel between zones. Vehicles are operated by unionized employees, not contractors. And in an era of surge-pricing, trips on the service are only $1 – for now.

The Metro Board of Directors approved a fare increase up to $2.50 beginning no earlier than Jan. 2022, but there is no set date for that increase. Fares would include a transfer to bus or train (value of $1.75).

As the service grows, Narula-Woods hopes that it will eventually be able to take each member of a multi-generational household where they need to go:

“We will be testing carseat booking — fingers crossed — by the end of 2022. And I think that will be a huge game changer.”

Metro Micro trips can be reserved through the app (Apple or Google Play), online, or over the phone (323.GO.METRO). You can also pay the $1 fare with a TAP card in the vehicle.