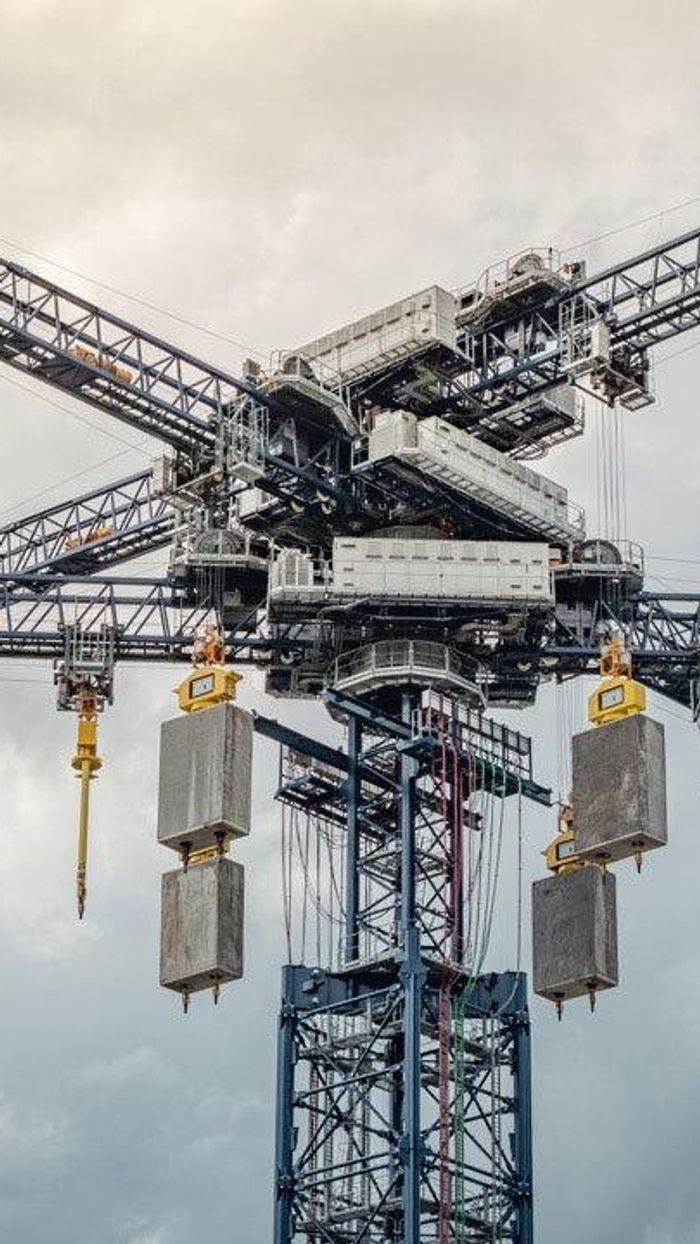 Energy Vault, a startup that uses gravity and composite blocks heavier than a school bus to store renewable energy, plans to go public in a $1.6 billion merger with a special purpose acquisition company (SPAC).

The combined entity — consisting of the Westlake Village, Calif.-based clean energy startup and a shell company called Novus Capital Corp. II — aims to list on the New York Stock Exchange under the ticker "GWHR." The companies expect the deal to close during the first quarter of 2022.

Energy Vault's tech was developed to help utilities "solve the problem of power intermittency that is inherent with wind and solar energy generation," said Robert Piconi, the clean energy company's CEO and co-founder in an announcement of the deal.

In its search for a business to take public, Novus CEO Robert Laikin said the blank-check firm "looked at over 100 companies."

Earlier this year, another SPAC set up by Laikin took AppHarvest public. The firm builds gigantic greenhouses and was at one point valued at $1 billion. AppHarvest's market cap currently hovers around $770 million.

These mergers are part of a larger trend that has drawn scrutiny from regulators, shareholders and lawmakers alike. Sen. John Kennedy introduced a bill earlier this year that would force SPACs to be more transparent with investors. "It's right and fair that a SPAC should disclose how its sponsors get paid and how that affects the value of its public shares," the Senator argued. "The Sponsor Promote and Compensation Act would require this kind of transparency," he added.

What is a SPAC?