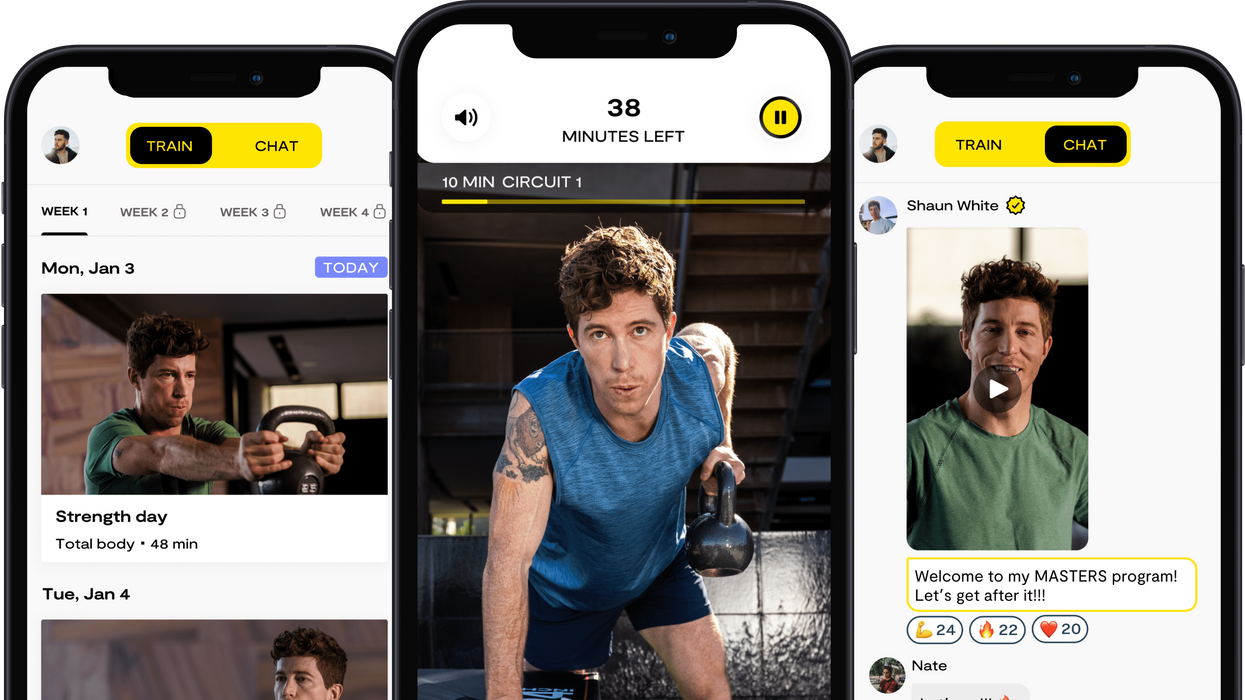 A new year offers a fresh start, and as COVID concerns persist, staying healthy is at the top of everyone’s mind. But lots of people have trouble meeting their fitness goals; according to one study, 73% of people abandon their New Year’s exercise resolutions before hitting their target.

Masters, a new fitness app that launches today, is betting it has the formula to keep people committed to their workout regimens: training with pro athletes.

“Pro athletes actually calculate this idea extremely well because they don't train just to train—they train to be able to perform and succeed in their specific disciplines,” Drach told dot.LA. “There's a lot of research to show that if you model your routine after somebody who's been successful, then you're more likely to establish healthy habits for yourself and remain engaged over a longer period of time.”

Drach is no stranger to fitness success. Together with Christian Dörffer, he created Midnight Runners in 2015, a group that hosts weekly running events in over a dozen cities around the world, including L.A. The inspiration for his new venture came from the social component of the urban running community that Midnight Runners helped foster.

“Many people have found their friends and loved ones from those communities that are now spanning five continents and 15 global cities,” he said. “We just derive so much joy from seeing all the benefits that people have when they're actively engaging in training and fitness.”

Alongside its launch Wednesday, Masters announced that it closed a $2.7 million seed funding round led by Sweet Capital. Drach said any new money raised would focus on further enhancing the training experience for subscribers, adding more training programs in existing sports, bringing on new athletes in new sports categories, and building out the app’s personalization and community features.

Similar to fitness tracking apps like Strava, Masters offers a gamified interface that displays metrics such as total time trained, daily streaks, and milestone badges. Though the programs vary by athlete, user fitness level, and fitness goals—for example, some are focused on cardio, while others are centered around strength training—each is built around a training regimen of three-to four hours per week, with programs lasting between 28 to 30 days.

“There are lots of great training apps but they are all too specialized in my opinion,” according to Olympic skier and Masters instructor Gus Kenworthy. “My training doesn’t just involve lifting weights, riding a bike, or meditating—it’s so much more than that. Masters is really the first training app I’ve seen that gives people access to holistic programs.”

Masters subscriptions run monthly ($39.99), quarterly ($79.99) or semiannually ($99.99). The app’s athletes-slash-instructors dole out the week’s exercise routines every Sunday—a steady enough clip to encourage regular exercise, Drach believes. “There's something to be said about committing to your training, and that's really something that we're also trying to communicate,” he said.