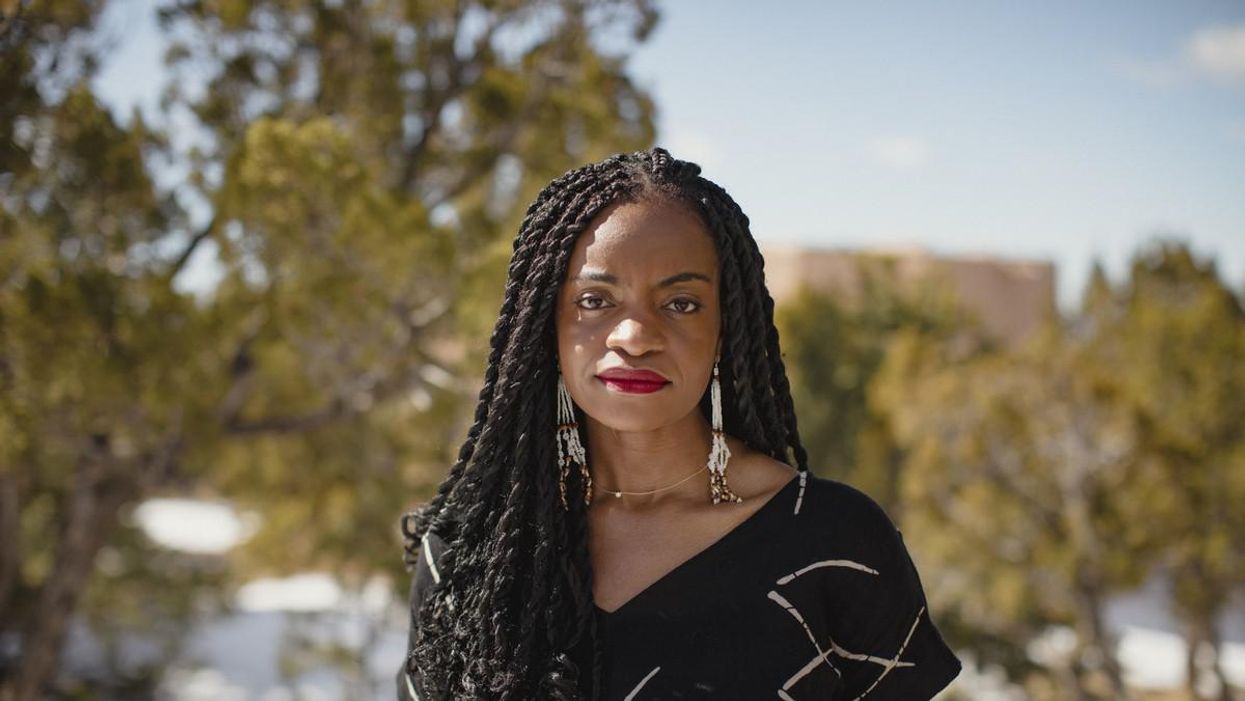 Ifeoma Ozoma's first choice was not speaking out.

When she left her role as public policy manager at Pinterest in March 2020, she was presented with a non-disclosure agreement.

"I was pushed out of the company and presented with a non-disclosure and non-disparagement agreement," she told dot.LA, "and that was my only option for retaining health insurance and compensation right at the beginning of the pandemic."

But Ozoma would break that NDA a few months later, alleging that she and her Black coworkers faced racism and wage discrimination at the social media company. Her fight led her to team up with California State Senator Connie Leyva, who helped draft the Silenced No More Act, a bill that would prevent the use of NDAs in workplace situations involving any form of discrimination and harassment.

The Silenced No More Act is actually an expansion on another law drafted by Levya, the Stand Together Against Non-Disclosures (STAND) Act, which specifically addressed sex-based discrimination. The legislation passed from the Assembly Judiciary Committee in June and is now headed to the Assembly Labor and Employment Committee for consideration.

dot.LA spoke with Ozoma about her work on the bill and the broader battle for tech workers' rights.

dot.LA: To start, can you explain what you did as one of Pinterest's public policy managers?

Ifeoma Ozoma: I led both our U.S. policy and the engagement with external experts at organizations like the WHO (World Health Organization), and I led a lot of the content safety development that came from those engagements with experts. All of the vaccine work that Pinterest was in the news for was my work. Pinterest was the first social platform to take definitive action against anti-vaccination content and groups.

And can you talk more about the discrimination you faced?

Leveling is used as a way to bring in women, particularly women of color, into roles where we're doing the same as, in my case, a white man who is being paid several times more than me. So leveling is what the company used to underpay me from the time I started. At tech companies, it means that women—and in my case, Black women—were brought in pre-IPO— because I was the second person on the public policy team—and given not even a fraction in shares of what my white male colleague was granted, making him a millionaire when the company IPO-ed and meaning I got next to nothing.

You've spoken out about this disparity publicly in the media and on Twitter. Have you faced retaliation from Pinterest?

Well, part of it is when I decided to go public, I knew that they could and they still can sue me because I'm still in violation of the contract that I signed. So, it's what all whistleblowers do: take a risk. That's what I've done and what I'm continuing to do is talk about it. At this point they probably feel like it's not worth a legal fight because if it went to a jury trial with the interviews I've done already, I don't think it would look so good for them in a jury. The only reason why I haven't been sued bankrupt is because they haven't decided to.

Despite the NDA, you came forward with another colleague. You both believed you would be covered by another California law that protects workers who have been discriminated against or harassed because of their gender. Why didn't that law protect you?

I can speak for myself. The law, CCP 1001, which came from the STAND Act, covered sex-based discrimination, harassment and assault. I had filed both internally and with the California Department of Fair Employment and Housing, race and gender discrimination and retaliation complaints going back over a year and so I was covered on the sex discrimination and retaliation. I was not covered on the race claims and there's no way to disentangle the two because the two are who I am.

And that's why I'm co-sponsoring the bill now that would fix that original law and expand it to cover all forms of discrimination and harassment recognized by the state of California, because no one should be treated differently based on what their identity is.

How did you connect with Senator Connie Leyva on the Silenced No More Act?

My attorney knew that I had worked specifically on engagement with state legislatures while I was at Pinterest, so he and I spoke about what it would look like to expand [the STAND Act]. There had been talk in 2020 about doing it but anything that wasn't COVID-related was pushed from the legislative calendar, and so for this year there was a conversation about bringing it back up again. So he connected me with the California Employment Lawyers Association, Equal Rights Advocates, and then we all connected with Senator Leyva's office. The group, along with Senator Leyva's office, have been working nonstop since [the bill] was introduced in February.

Who stands in opposition to the bill?

The [California] Chamber of Commerce and all of who they represent. Only one company has spoken out in opposition to the chamber to support the bill and that's Pinterest, funny enough, because they thought they could get some news coverage on the same day that my op-ed was published in the New York Times.

The bill sounds like a good deal for workers, but what about the shareholders? Doesn't an NDA protect valuable intellectual property?

Yeah, and this bill does nothing to touch that. Confidential IP has nothing to do with discrimination and harassment, unless you're saying that's a business secret, and I don't think any company lawyer would argue that publicly. So it's absolutely irrelevant and actually, shareholders — the smart ones — are already in support of whistleblower protections, because an NDA and a non-disparagement agreement that keep racism that was perpetuated by Ben, Charlie and their deputies secret — is that really helping Pinterest shareholders?

Even the Chamber dropped that argument, now they're just saying it's going to be difficult for employers, which is what they say about everything — including paying people. Slavery, I'm sure, was easier. This is not difficult for anyone except for those who are intent on not only getting away with discrimination, harassment and abuse but keeping it secret. Again, this bill doesn't have a punishment; if transparency is a punishment, you have to ask yourself what you're trying to keep secret.

If this gets passed in California, what's the impact for other states and potentially policy at the federal level?

There are other states that have substantive laws already on NDAs, all of them came up after #MeToo. None of them to my knowledge deal with non-disparagement agreements. Both are important to address, because the clauses in the non-disparagement agreements are so broad. That's not a decision that any individual should be making on their own, so I'm hoping that the bill as it's written influences future bills that are drafted in other states.

At the federal level, next to nothing is getting through Congress right now. If we can't pass voting protections for people, NDA protections I think would be a bit difficult. I'm not holding my breath on federal legislation for now. I'm focused instead on some of the efforts in other jurisdictions like in Ireland where most tech companies are headquartered internationally. I'm working with a senator there who introduced a bill last month that would address NDAs and secret settlements. Additionally, I'm working on a plan to engage shareholders on this policy work.

This interview has been edited for length and clarity.