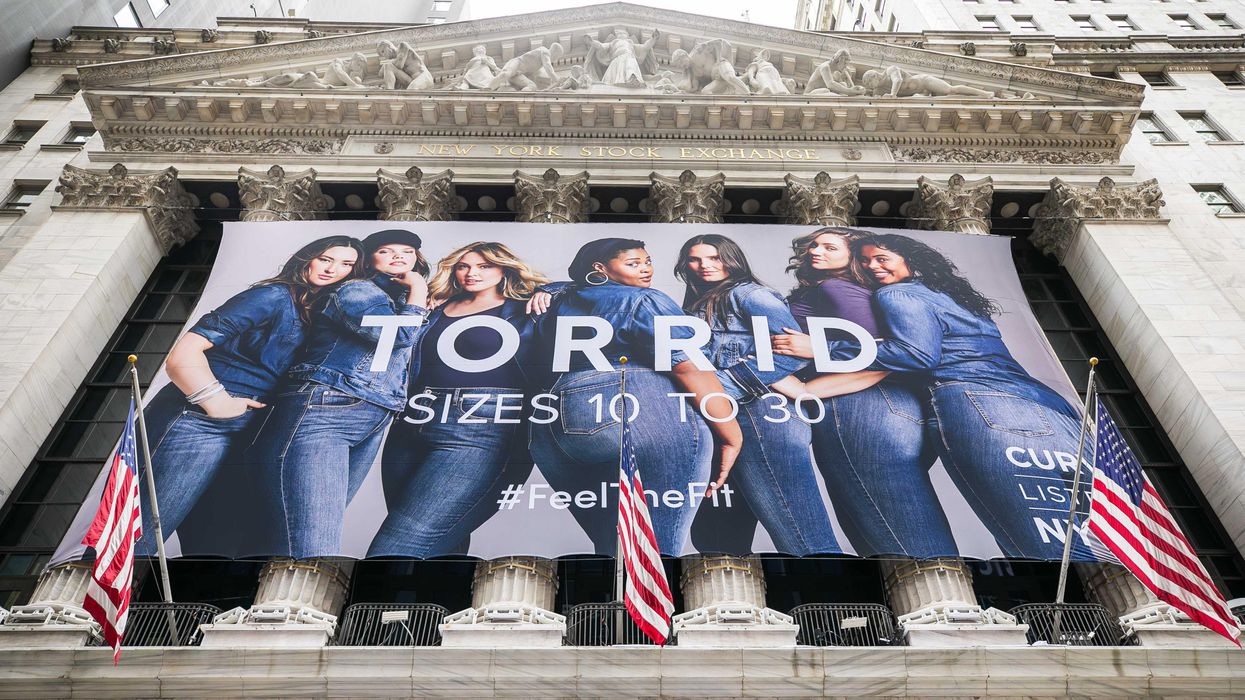 Torrid, an apparel company for women who wear sizes 10 to 30, shares rose 15% closing at $24.15. The City of Industry-based company trading on the New York Stock Exchange under the ticker "CURV" priced its IPO of 11 million shares at $21 each, putting the company at a $2.3 billion valuation.

In 2020, Torrid generated $974 million in net sales, slightly lower than its 2019 sales because some of its stores closed during the pandemic, while its online sales grew.

The apparel company is designing for women aged 25 to 40 years old who are looking for stylish, sexy clothing that fits well.

It is part of the growing movement to focus less on size 0 models and to promote body positivity, female empowerment and style, regardless of size.

"Growing celebration of femininity, inclusivity and self-identity, along with the emergence of plus-size celebrities and influencers, inspires young curvy customers to demand more flattering and stylish clothing they are proud to wear," Torrid wrote in its prospectus filed with the Securities and Exchange Commission.

The company described its products as delivering "a superior fit for the curvy woman that makes her love the way she looks and feels."

Plus-size apparel and intimates are an $85 billion market in the U.S., Torrid estimates. And as of 2019, two-thirds of all women in the U.S. wore plus-size clothing.

Victoria's Secret, which has been criticized for its lack of diversity in models, announced last month it was retiring it's "Angels" and replacing them with women such as soccer star Megan Rapinoe, actress and tech investor Priyanka Chopra Jones and Paloma Elsesser, a plus-size model and inclusivity advocate.

Torrid said surveys have found that 69% of plus-size women find it difficult to find clothes that fit well and are stylish. Many clothing companies use a "grading up" method, offering their regular sized clothes in larger sizes rather than design clothes for a curvy body.

"Through our product and brand experience, we connect with customers in a way that other brands, many of which treat plus-size customers as an afterthought, have not," the company wrote.

Torrid did not respond to a request for comment, but believes plus-size women would spend more on clothing if they had more options.

But the company which relies in part on its mall sales, is facing stiff competition from online brands.

Relive all the action from the @Torrid (NYSE: $CURV) IPO 🎥 https://t.co/Z1ovHSLcJd