After a year and a half of the pandemic, the robots have arrived—at least in restaurants.

A new report from market research firm Global Industry Analysts (GIA) found that the global food automation market grew to $9.7 billion in 2020, spurred in part by a desire to offer customers contactless service. The GIA researchers projected the market would swell to $13.6 billion by 2026.

While food automation offers an exciting new avenue for entrepreneurs, there’s also a fear that machines will ultimately replace their human counterparts. (Food service is far from the only industry to grapple with the threat of automation.) 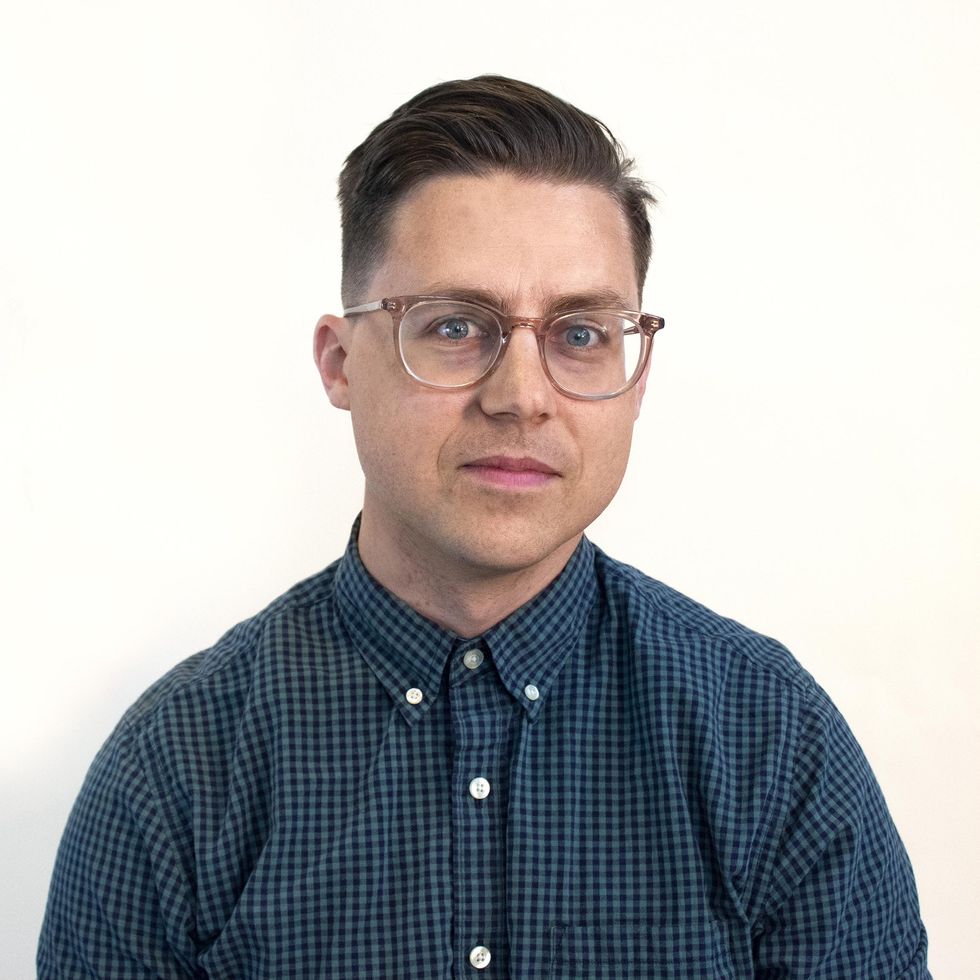 But Darian Ahler doesn’t see it that way. The 37-year-old director of product strategy and food automation at Wavemaker labs and CEO of Santa Monica-based Bobacino insists that automation will automate those dreaded tasks and provide a contactless option amid the pandemic.

Ahler argues that his $50,000 boba making-machine will elevate food service, bringing fast, quick specialty drinks to mom-and-pop stores and in the process eliminate lines. (The first Bobacino pod is expected in early 2022.) And he says his new deal with a facial recognition software, PopID will offer consumers a quicker and safer way to pay.

Ahler spoke with dot.LA about Bobacino and the future of food automation.

The technology for automating food service has been around a while, but big companies have been slow to adopt it. Why is that?

If you look at it historically, automation is trying to streamline functionality and production in the food space. New York in the early 1940s and 50s had the automat.

They were building and making meals in the background and then you would go and grab a mac and cheese or a cheesecake at one of these lockers. That ended because people wanted to see their food made fresh in front of them.

Fast forward to today. There is the taboo that automation is replacing human labor. I understand the concern, but it’s a bit of a misnomer. What we’re trying to do is really automate those less desirable tasks, we’re automating the process not the people.

Do you see automation changing the face of restaurants?

To some degree, for sure. I don’t think we’re going to fast forward 50 years from now and all restaurants are going to be robotic. I think it will be a continued fusion between the two.

Think about how much a kitchen has been automated over time when you have specific machines to do specific tasks rather than having somebody cook a stew. You might do that in an instapot, and that can speed up the process.

We’re going to continue to see that trend. We’re on the forefront of it. We’re not trying to automate away the restaurant. We’re trying to automate certain processes so that existing brick and mortars can have their employees do their jobs better.

The trend that I’ve been seeing that might be changing the structure of restaurants is the growing advent of ghost kitchens—leveraging one kitchen that might serve multiple restaurants for delivery. So removing the front of house for certain restaurants, seeing the delivery sector grow massively. 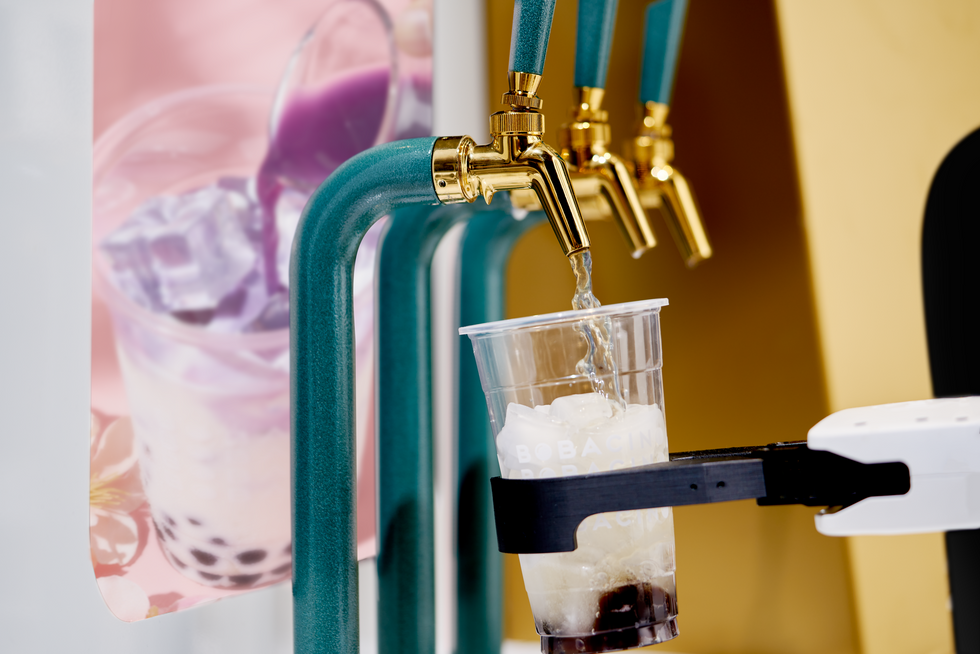 Many people are worried that technology like yours will replace human workers. What do you say to those critics?

With an existing boba shop, a lot of the overhead goes to labor but a good chunk of it just goes to rent, paying for the bills of utilities and the support of the space itself. With our model, being able to partner with small business owners, we can start to create a hub-and-spoke network where they can have an existing shop and they can drop 3, 5, 8, 10 of our Bobacino units.

We can deploy these out around their space and they’re able to have a larger reach and larger impact without requiring the footprint or the utilities or the cost required with a brick and mortar.

How would a customer order a drink using your boba machine and the PopID technology?

If there’s a long line, but you want one of the classic drinks you can go to the Bobacino pod and order one there. Everything is staged and ready to go to make your drink. If you want a traditional milk tea with boba, you walk up to our ordering interface which is a tablet with integration of PopID. If you are registering with PopID—which is an opt-in solution—you would opt-in to the process and then scan your face for payment.

You’ll see the robotic arm come to life and grab a cup and bring it to the boba dispenser. Then it will deliver your drink to one of the secure pickup locations. If you have PopID, you go to that kiosk and have it scan your face and open the door. If you don’t, then we provide a QR code or pin to access the drink and make sure they’re getting their drink and nobody else’s.

If you want a more custom drink then you wait in line and have a person build that drink for you. That can help expand the company’s production and ability to serve more drinks faster without needing a larger footprint which seems to be one of the biggest issues.

Was there pushback on the price of the machine?

Nobody pushed back on it. The other part here is that we are offering leasing options, for those people that can’t come up with $50,000 of liquid capital. It would be a monthly spend and that is a little bit more tangible and should have a faster return on investment even though they might be paying that out over a longer period of time.

What other projects do you have going on aside from boba?

So we have another company called Maestro which makes pizza from scratch. We have another concept that we are developing called Nami, it’s a bowl-based concept. So I help inform across all those channels, not only with the experience, but with the functionality with my background as an engineer. 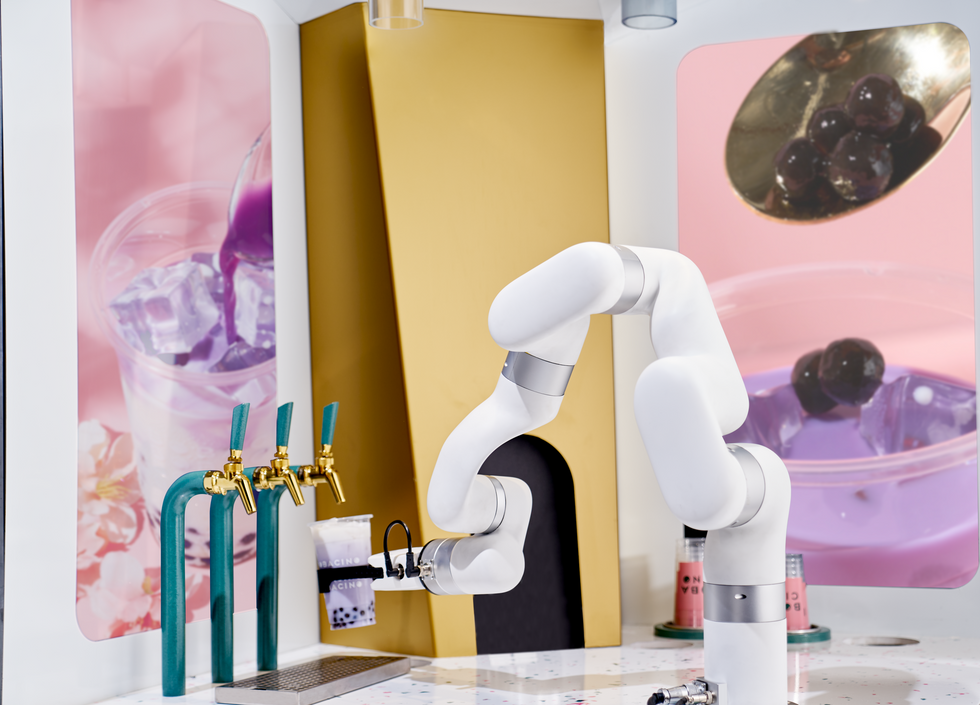 Your Bobacino prototype is up and running, correct?

Yeah, it’s at our headquarters. We’re not really showing it off for demos yet.

We wanted to be able to develop a unit so we could show people what we’re making for our equity crowdfunding campaign, but also it was for validation. We built this in six months with hardware that is super fast from initial concept to deployment, and it will make the drink, top to bottom, which is super fun!

I will fully admit that the drink can be improved and the process can be improved. But first, we made it fast. This next version is making it good, and excited to get those first units out in front of people and get some real feedback.

This interview has been edited for length and clarity.