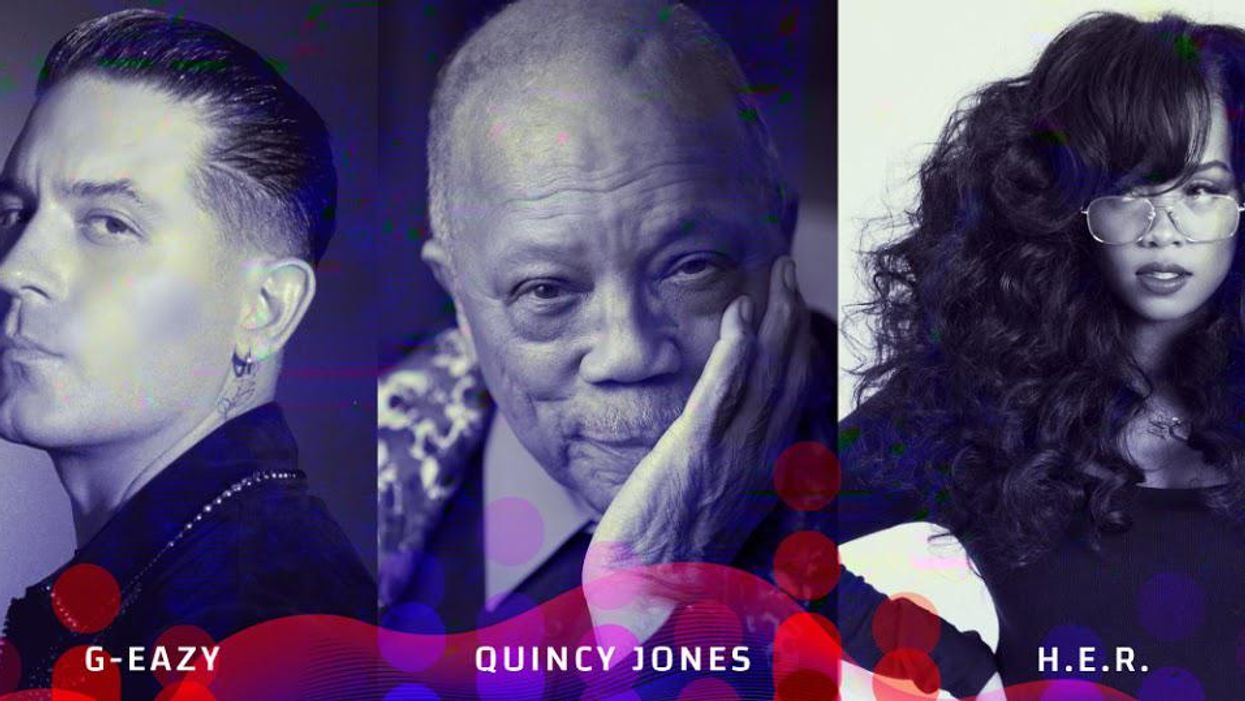 Legendary musician Quincy Jones is throwing his weight behind an environmentally friendly L.A.-based the new non-fungible token (NFT) platform is geared toward musicians and their fans.

The platform has attracted artists John Legend, Doja Cat and others who have already signed on to be part of the service when it launches this month. The NFTs offered on OneOf will include collectible music, art and experiences.

“I cannot wait to release my first Juicy Drops collection,” Doja Cat said in a statement. “However, I want to be mindful of environmental concerns and accessibility to all of my fans before we go live. Happy to now be working with OneOf, who is addressing both of these issues.”

Co-founded by tech entrepreneur Lin Dai, digital media executive Joshua James and music producer Adam Fell, in partnership with Jones, the platform has raised $63 million in a seed round to launch.

Investors in the round included VC and environmental activist Bill Tai, who was an early backer of Zoom, tech investor Jack Herrick, Jaeson Ma, founder of East West Ventures and co-founder of 88rising, Tezos Foundation, Suna Said of Nima Capital and others.

Experts say OneOf could resolve some of users’ environmental concerns around NFTs, but its platform could also introduce others.

OneOf could offer an answer to calls from critics concerned about the environmental impact of NFTs and the blockchain technology they rely on. Tesla CEO Elon Musk’s decision to suspend the use of Bitcoin for payments for its electric vehicles in May sent crypto markets tumbling, and further raised concerns from artists and others who had seen the technology as a new way to build equity on their creative output.

Validating who owns what on a blockchain has largely relied so far on a method called “proof-of-work,” which requires intensive computation that uses an immense amount of electricity, emitting a massive amount of greenhouse gases that contribute to climate change.

OneOf is built on the Tezos blockchain protocol, which uses an alternative validation method called “proof-of-stake,” requiring less electricity. That enables the platform to use “over 2 million times less energy than platforms on the Ethereum Network” and “requires the same energy as sending out a tweet,” OneOf said.

The proof-of-stake has not yet been widely adopted. Still, Ethereum has publicly stated it wants to transition to it, in part because of its environmental benefits.

The drawback for artists could be in scale. NFTs offered on Tezos haven’t been selling for prices nearly as high as those on the Ethereum blockchain, according to Joseph Pallant, founder and executive director of the Blockchain for Climate Foundation. But for artists who want to deliver a large volume of content into their fans’ hands at a low price, Tezos can help achieve that.

Pallant said a good bar to judge whether the platform will be successful is if it gives artists more artistic and economic control over their content than they’re like to get in the traditional music business model.

“Putting more control in the hands of artists, I think most people can agree is a good thing,” he said.

NFTs emerged during the pandemic as a practical way for artists to interact with their audiences at a time when live concerts weren’t possible.

OneOf hopes to build on the trend, offering its NFTs as an accessible, low-cost way for fans to own content from their favorite artists and for artists to engage with their audience. Artists on the platform can determine the price of their NFTs with prices as low as $5 or even free.

“Blockchain has the ability to democratize ownership and bring economic empowerment to both artists and fans,” Dai, OneOf’s CEO, said in a statement. “We are building a technology company with an artist-first ethos and eco-conscious mission to help introduce hundreds of millions of non-crypto native users to blockchain through easy and exciting use cases such as NFTs.”

Unlike most NFTs, which must be purchased exclusively with cryptocurrencies, OneOf also accepts debit or credit cards in a bid to appeal to an audience beyond “crypto-natives,” the company said.

OneOf co-founder Fell said he expects many of its customers will make their first NFT transaction on OneOf.

The company said it will also donate a portion of its NFT sales to environmental charities chosen by its artists.

Kings of Leon became the first major artist to release a record as an NFT in March. The Grammy-winning band also released a series of NFTs, six of which were high-end “golden ticket” versions that granted token owners lifetime front-row concert tickets. Grimes, the EDM concept artist, sold $5.8 million worth of NFTs at the end of February, including a series of 10 pieces of art and a video that featured flying cherubs set to one of her songs.

Fell said in a statement he believes “the key to NFT success is a mix of authenticity and genuine support from the artist themself.”

“We want the artist to have as deep of an artistic relationship to the drop as he or she is willing to have,” he added. “If the drop isn’t something the artist has played an integral role in creating, we know the artist won’t push the drop on their socials or in media and we know that the audiences will gravitate towards authenticity as well.”

Some musicians are using NFTs to not only sell their digital collectibles, but as a unique way of offering fans exclusive, paid experiences like front-row seats or a backstage pass.

One criticism of NFTs is that the tokens may not be as profitable for small and midsize independent musicians who do not have the name recognition to generate millions of dollars auctioning off their content.

An April report by researcher and music tech writer Cherie Hu found that music NFTs generated $60.2 million in sales since June 2020 with $55.7 million in sales taking place in February and April. About 150 artists have sold these NFTs.

“The point really needs to be driven home that this is an EXTREMELY small number compared to the number of working musicians today, and that the NFT economy has only impacted a small niche of artists and fans to date. It is far from the ‘new normal’,” Hu wrote.

David A. Kirsch, associate professor of management and entrepreneurship at the University of Maryland’s Robert H. Smith School of Business, said it’s unclear if OneOf’s platform can pull in enough users to make it work.

“What’s really going to matter is if people want these tokens or not,” he said. “Are people interested? Are there superfans for whom access to an NFT of one of their artists whom they follow is worth paying money for? That’s what’s going to make or break this in my view.”