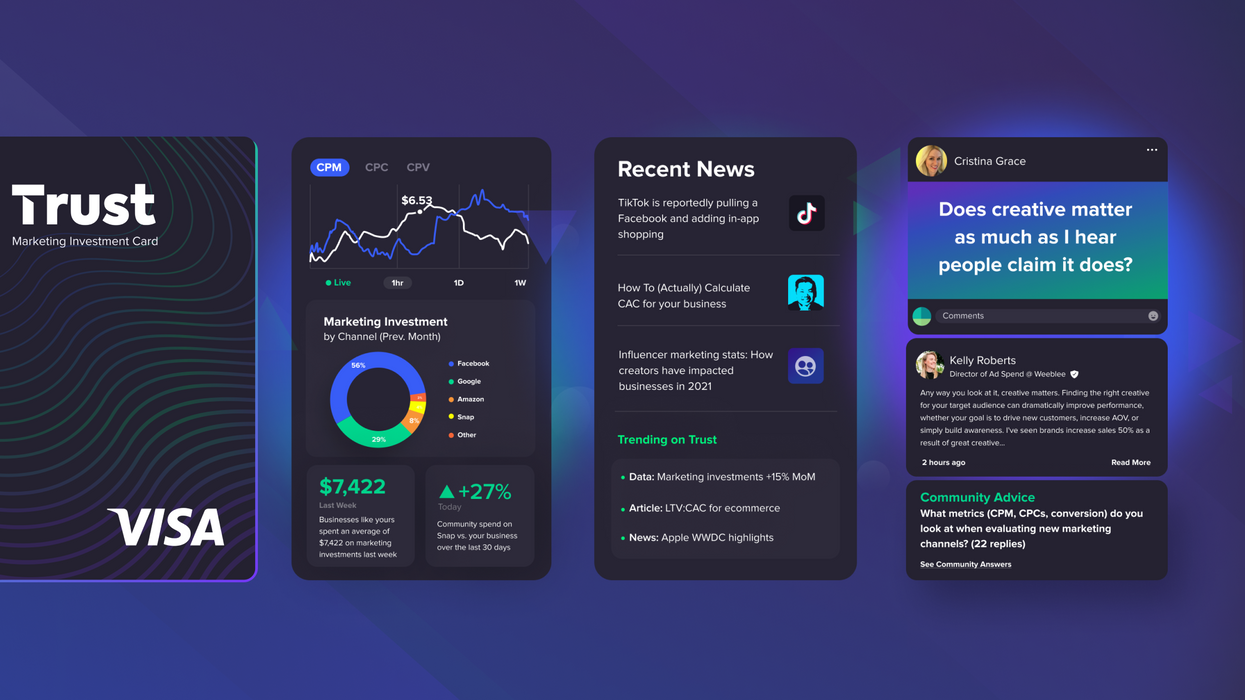 While working as a marketing executive at Snapchat, James Borow saw small businesses had a harder time competing with larger companies when it came to advertising.

He and a group of Snap employees had the idea to start Trust, a company aiming to make the advertising process friendlier for smaller ecommerce companies and direct-to-consumer brands.

“We kept hearing from small businesses [saying] ‘it’s really hard to compete against the big guys, unless you have an inside track or unless you have a lot of capital,” said Borow, the CEO and co-founder of Trust. “That’s really where we had the idea of: what if we could flip it on its head and have all these businesses help one another so they can actually go ahead and compete?”

The Santa Monica-based startup raised $9 million in a round of seed funding, the company announced Wednesday. The round was led by Lerer Hippeau, Lightspeed Venture Partners, Upfront Ventures and Upper90.

Trust gives companies a card through Stripe that increases its limits on advertising spending by up to 20 times. The platform aggregates metrics for advertising costs to major advertising hotspots — including Snapchat, Facebook and Reddit — and shares them with customers.

This comes amid a rise of sales in the ecommerce industry over the COVID-19 pandemic. Ecommerce sales have increased by around 40% in the last year, while major advertising companies have reported large growths of advertising revenue, according to Borow.

Trust also announced it is bringing its platform out of beta testing and it has forged a partnership with the ecommerce platform Verishop, which will give all Verishop brands access to Trust’s platform.

Borow added that Trust is planning to hire “aggressively” in the L.A. area.

“How we’re trying to think of it is — how can we get all these smaller businesses to work together, so they can all actually grow and compete against the bigger guys who have a built in advantage?” he said.