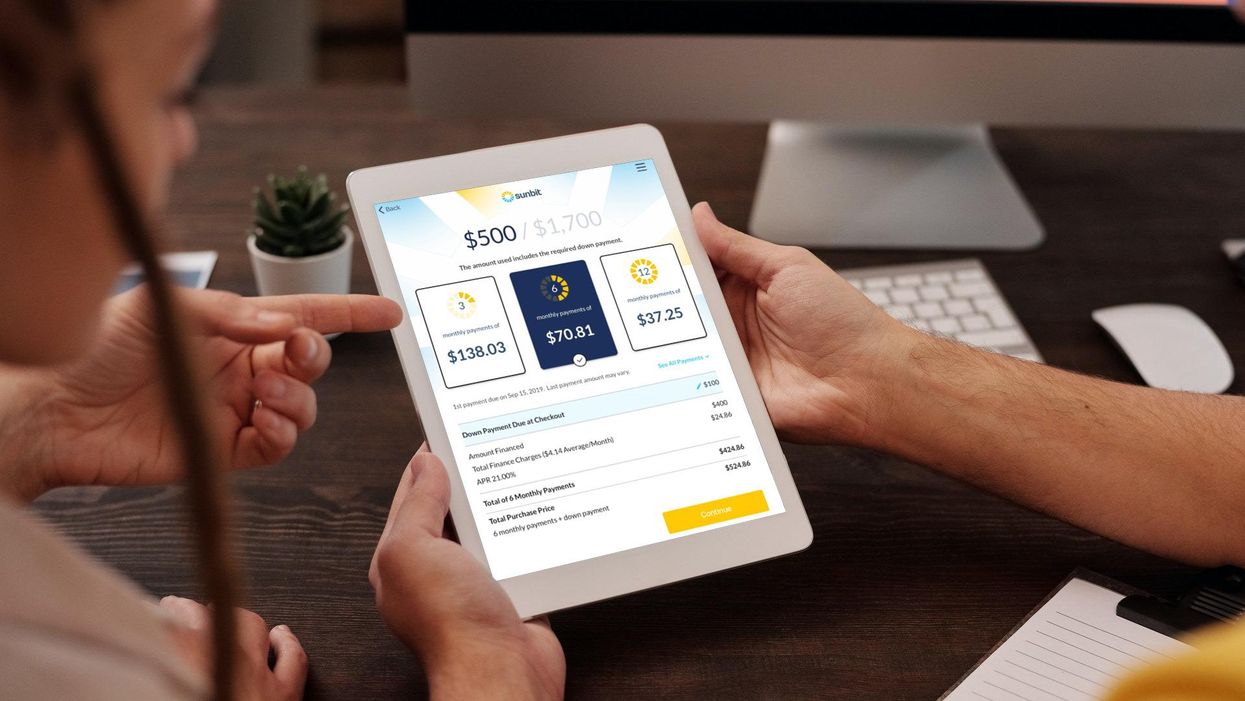 The world of buy now, pay later technology — built by startups like Klarna, Afterpay and Affirm — introduced shoppers to payment plans that cut big shopping tabs into smaller bills. Plus interest, in some cases.

Arad Levertov, the CEO and co-founder of Westwood-based Sunbit, is after a different demographic. His version is only for "essential" buys: consumers facing hefty bills at the dentist, optometrist or car repair shop.

"We're not going after the nice-to-have Peloton," Levertov said. "You need to fix your car. You need to go to the dentist."

About a quarter of U.S. car dealerships now pay for the platform, according to the company. On Thursday, it hit unicorn ranks with a $1.1 billion valuation after closing a $130 million Series D round led by Group 11.

Sunbit sells its buy now, pay later technology to about 7,300 car dealers and health care providers who offer split-up payment deals to customers who are unable or don't want to pay the full price tag up front. The platform supports transactions between $60 and $10,000.

To request a payment plan, users upload a photo of their state-issued ID, an email address and phone number. About 90% of consumers are accepted within 30 seconds of applying, the CEO said.

"Basically we get the raw data of all your credit history," he said.

Transportation Alliance Bank, which provides all loans, decides qualifications for and terms of credit.

Interest rates and down payments depend on each user's credit history and the type of merchant plan. A handful of eyeglass stores pay extra to cut out APR entirely, meaning customers won't spend extra to pace out their bills. At most, annual percentage rates reach 35.99%.

"The cashier started asking me personalized questions: how much do you make, what is my social security, do I rent or do I down?" he said. "At the end of this 10-minute process, I got denied. It was pretty humiliating."

Car shoppers in L.A. will find the platform on iPads and tablets at Culver City Toyota and Honda dealerships. Veterinarians and elective healthcare businesses are also on board.

The company would not disclose revenue details but said it has doubled sales year-over-year since launching in 2015. It will use the funding to ink more partnerships and build out new tech features for consumers and merchants.