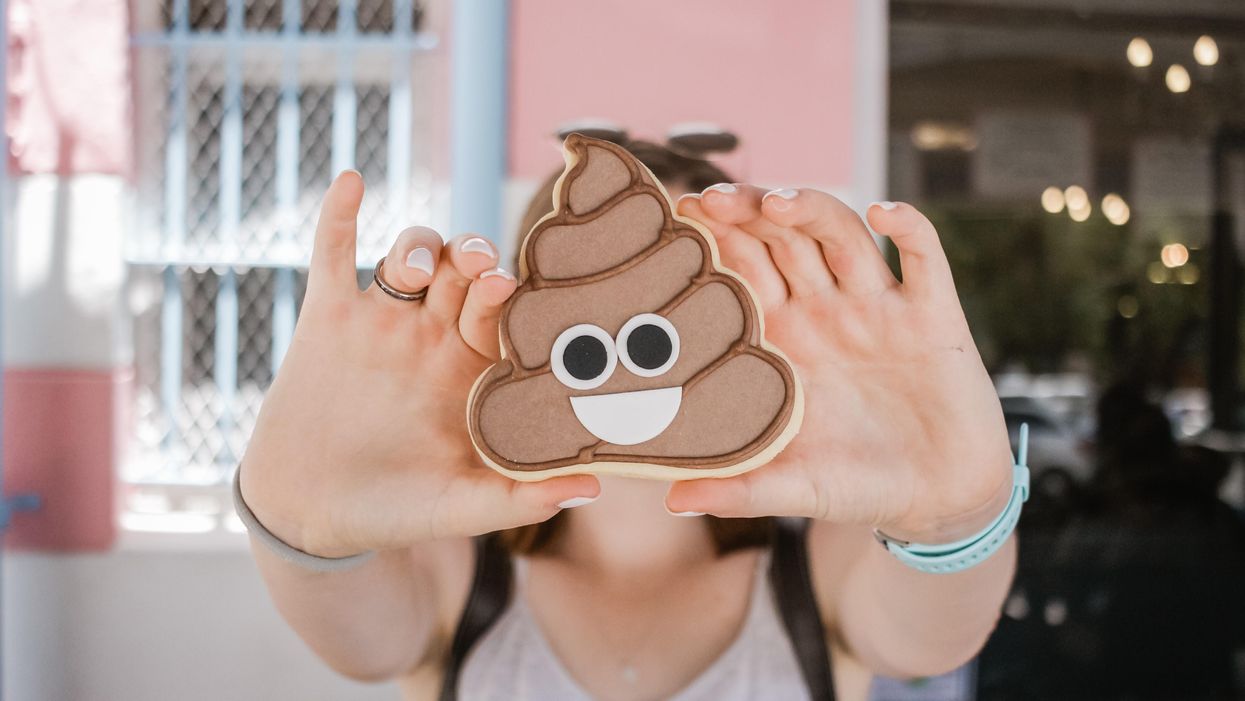 Just when the world thought the NFT craze couldn’t get more strange, Matty Mo walked into the picture.

The contemporary artist announced an auction of his new non-fungible token “The Most Sh*ttiest NFT,” this week.

The NFT, a 360-degree video of a sculpture made by Mo, is the first NFT ever to be minted using human fecal matter — Mo’s own, to be revoltingly exact. Proceeds from the sale will go towards funding research on the relationship between gut health and autism spectrum disorder.

Katz said there is a stigma surrounding the study of stools, and that this is a problem because stools can store a lot of information about a person’s overall health. Ever the entrepreneur, she also recognized the blockchain’s potential to deliver this message to a wider audience.

“The opportunity to reveal the potential through projects like this, of the area that stool and the microbiome has now offered us, and unlocking so many new discoveries and understandings of human health and pathology is a very important thing for us,” Katz told dot.LA.

Given the track record of both Mo and Seed Health, this partnership makes sense. Among other publicity stunts, Mo’s art collective, “The Most Famous Artist,” took credit for several metal monoliths that mysteriously appeared around the globe and garnered international headlines.

Seed Health also isn’t a stranger to unusual projects like this. In 2019, the organization created the #GiveAShit campaign with auggi, an AI company studying gut health. The campaign encouraged people to send in pictures of their feces to train AI to perform stool analyses. The campaign won a World Changing Ideas Award from Fast Company.

To create the sculpture, Mo took his own excrement and had it lyophilized, or freeze-dried. The fecal matter was then put into a capsule. A capsule of this type, known as a “crapsule,” is used to perform FMTs (Fecal Microbiota Transplants) for patients with bacterial infections such as C. diff, a common bacterium that causes severe diarrhea. Mo then cast the crapsule in 19 layers of glass, creating a cube shape.

“The Most Sh*ttiest NFT” was commissioned by Los Angeles-based Seed Health.

“The Most Sh*ttiest NFT” is currently being auctioned off at a starting price of one ether or ETH, which worth $2,272 at the time of writing this article. The target price is 50 ether or $113,600. Whoever wins the auction will receive both the NFT and the physical sculpture. If the NFT gets resold, its new owner will not necessarily get to own the sculpture as well.

Once the auction is closed, microbiome researchers Sarkis Mazmanian and Christopher Mason will select a research project to receive the proceeds as a grant.

The project selected will focus on the link between gut health and autism. According to Mazmanian, many people with autism also have gastrointestinal issues, and more research is necessary to understand the link between the two conditions.

“Participating and expanding the narrative of NFTs towards one that includes the idea that NFTs can be a force for good is one objective for this project,” said Mo. “The second objective is to inspire other artists to participate in projects that fuse art and science and propagate important messages out into the world.”

Mazmanian agreed, adding that the COVID-19 pandemic has politicized science, and that a project like this could help mend that wound.

“I’m just really happy to be a part of something where different swaths of the general public see the scientific method, see our motivation, see our process, and realize that the ultimate objective of most scientists is to just help as many people as they possibly can,” said Mazmanian.